Accessibility links
A Cure For Sochi Fatigue, Shaken, Not Stirred In honor of the closing ceremonies in Sochi this weekend, author Lev Grossman recommends a classic read in the winter sports genre: Ian Fleming's On Her Majesty's Secret Service. 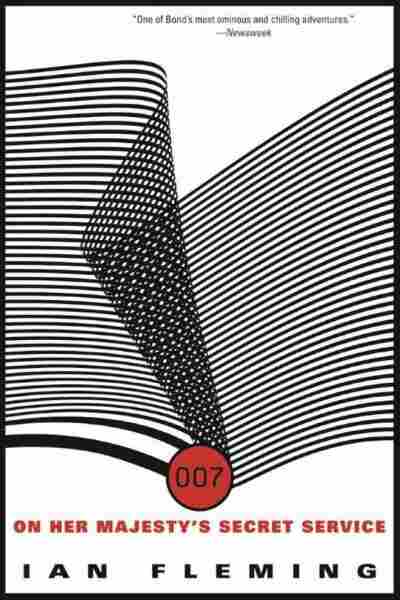 On Her Majesty's Secret Service

The Sochi Winter Olympics haven't been short on drama: The Russians upset the South Koreans in figure skating; the Dutch upset us in speed-skating; everybody got upset about Bob Costas's eye infection. But after two weeks and a great deal of curling, a certain amount of Sochi fatigue is setting in. So it might be refreshing to look back at one of the iconic heroes of winter sports: Agent 007 himself, James Bond.

Bond's career as a winter athlete peaks in Ian Fleming's 11th novel, On Her Majesty's Secret Service. Bond's nemesis Blofeld, having spent his ill-gotten gains on an alp, has set himself up in a remote, super-exclusive ski resort near St. Moritz (which happens to be the site of both the 1928 and 1948 winter Olympics). Bond decides to infiltrate the place. It doesn't hurt that the resort doubles as a health spa for ski bunnies who appear to be suffering from chronic sexiness. "You ski perhaps?" they ask Bond. "Or make the bob-sleigh?"

When his cover is blown Bond escapes in a brilliant nighttime ski chase, schussing down the virgin slopes under a hail of flares and grenades and gunfire — "he pointed his skis down and felt real rapture as, like a black bullet on the giant slope, he zoomed down the 45-degree drop." Later Bond races Blofeld on a skeleton sled down a bobsled run while firing his Walther PPK, a maneuver they might consider adding to the next biathlon.

On Her Majesty's Secret Service is the epitome of mid-century Alpine glamor, full of apres-ski trysts and flasks full of schnapps and blonds in tight sweaters and exciting-sounding Swiss-German ski terminology like langlaufing. But what makes it truly great is that unlike the Bond films, it's not a hymn to human invulnerability. Bond's knees tremble; his ankles ache; he's constantly worrying about his outdated skiing style and lousy form — "keep forward, you bastard!" he tells himself. "Get your hands way in front of you!"

It's not a victory lap, it's a cautionary tale about human fragility in the face of cold, merciless, frictionless ice and snow.

Which is after all, what makes the winter Olympics so thrilling in the first place. That and the curling.

Lev Grossman is the author of The Magicians trilogy. The final book, The Magician's Land, comes out in August.