Accessibility links
Where Are The Heroes To Save Pittsburgh's African-American Center? The August Wilson Center opened in 2009 as a hub for African-American culture. Now it's up for sale, unable to pay its bills, and some wonder why the Center has been allowed to fail. 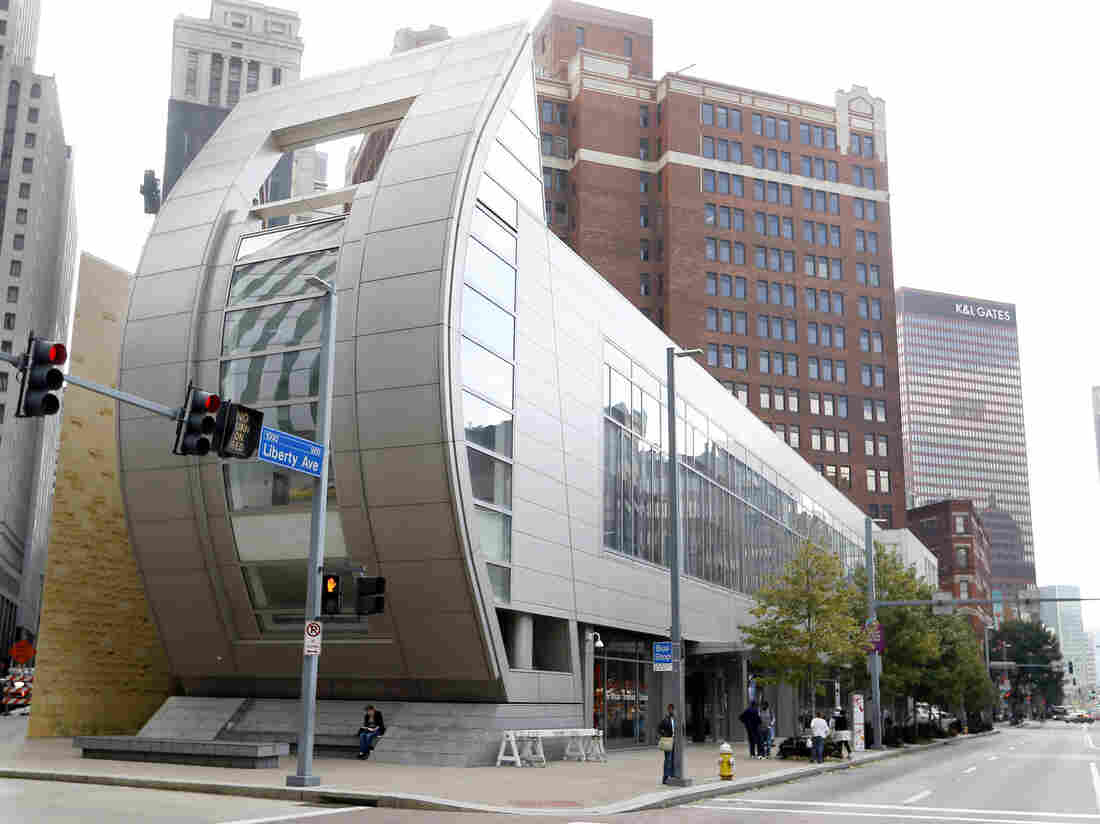 The $42-million August Wilson Center in Pittsburgh is for sale because it can't pay its bills. Some are questioning why the Center was allowed to fail. Keith Srakocic/AP hide caption 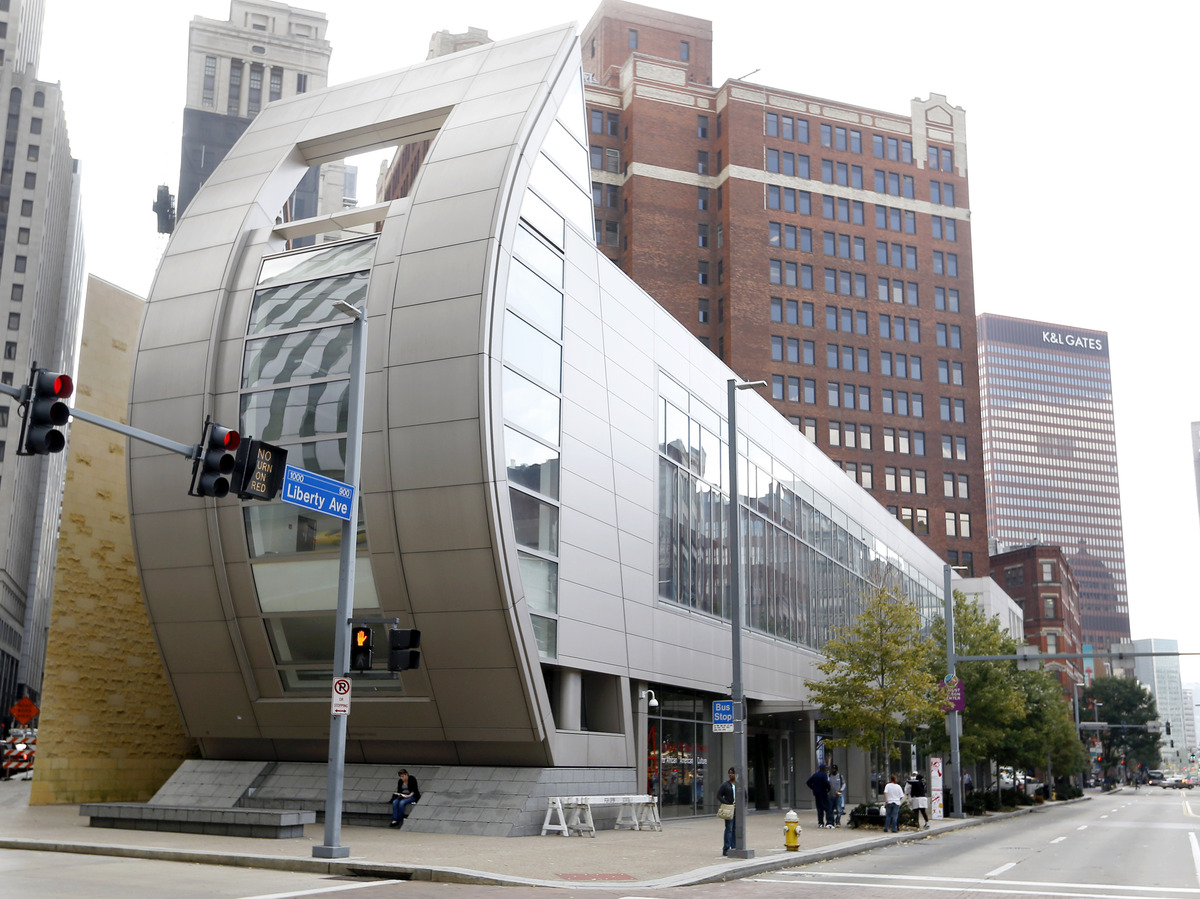 The $42-million August Wilson Center in Pittsburgh is for sale because it can't pay its bills. Some are questioning why the Center was allowed to fail.

In 2009 a gleaming performing arts space opened to great fanfare in downtown Pittsburgh. The distinctive $42 million-dollar building is as long as the block it occupies, and the corner of the building looks like the sail of a ship made in glass and stone.

The August Wilson Center for African American Culture was meant to be a hub for African-American theater, art and education, named after renowned playwright and native son August Wilson. Today the Center is for sale, unable to pay its bills. Many wonder why it was allowed to get to this point, and some say the story behind it would have been great material for Wilson's plays.

August Wilson grew up on the hilly streets of a predominantly black neighborhood in Pittsburgh in the 1940s and 50s. He met Sala Udin in elementary school.

"I was one of the wild crazy kids running around, wrestling," Udin says. "That wasn't August. August stood back and kind of watched, always with a kind of amused smile on his face."

That intent observation, as well as his deeply conflicted feelings about the city formed the backbone and marrow of Wilson's plays.

Wilson is best known for his cycle of 10 plays, known as the Century Cycle, which depict issues facing the black community across 10 decades. He eventually left Pittsburgh, and died in 2005 as plans for a cultural center were taking shape. Udin, a founding board member, says they decided to name it after Wilson.

Artist Vanessa German was thrilled to be among the institution's inaugural group of fellows, but the euphoria dissipated when the money and technical aid for their projects were either late or nonexistent.

"The support that we were promised didn't come through," German says.

The Center's ability to function was crippled by debt stemming from construction cost overruns, unrealistic revenue projections, and mismanagement. Financial records went missing, vendors and staff unpaid. Last year the August Wilson Center stopped paying its mortgage and the bank moved to foreclose. Retired Judge Judith Fitzgerald was brought on board as conservator. Her job was to try and find a path to sustainability for the Center.

But, Fitzgerald says, "essentially every door that we tried to open was not available to us."

Without the money to move forward, and carrying a debt of $9.5 million to $10 million, Fitzgerald recommended liquidation.

Some in the black community ask why the Center has been allowed to fail while other institutions are aided by the city and its deep-pocketed philanthropic community. The Pittsburgh Symphony Orchestra has dipped in and out of the red for years, and the Heinz History Center stumbled when it first opened. But the August Wilson Center, devoted to black culture, is on the brink of dissolution and there is no help in sight.

Artist Vanessa German feels let down by a city that has a history of rooting for the underdog. "Where was the voice and the person who was pointing at the Center, saying, 'Yes! No matter what, yes! Oh no, liquidation? No, we've got this, that's who we are."

"There are so many plays contained in this story, he would have a field day," German says. "Tragedy, disappointment, betrayal — that's the stuff of August Wilson's plays!"

Udin says the legacy of August Wilson will endure; whether the gem of an arts space can survive is an open question.