Accessibility links
Explosion On Ky. Natural Gas Pipeline Under Investigation The recent incident in rural Kentucky left a crater 60 feet deep along a pipeline that has failed before. NPR combed through the records to see how such lines are inspected in the U.S. 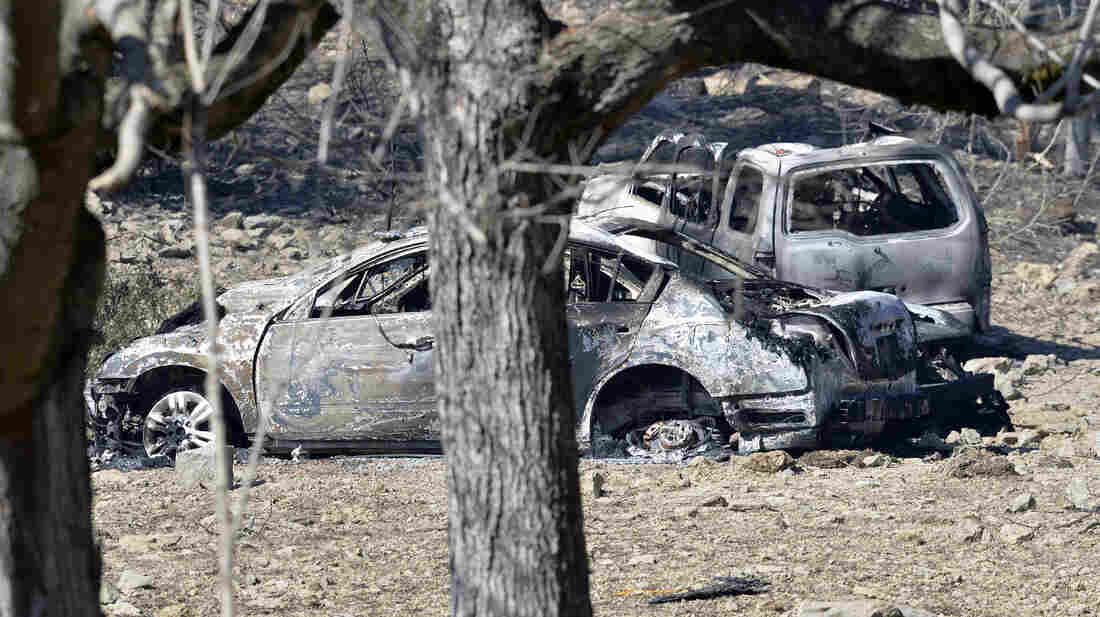 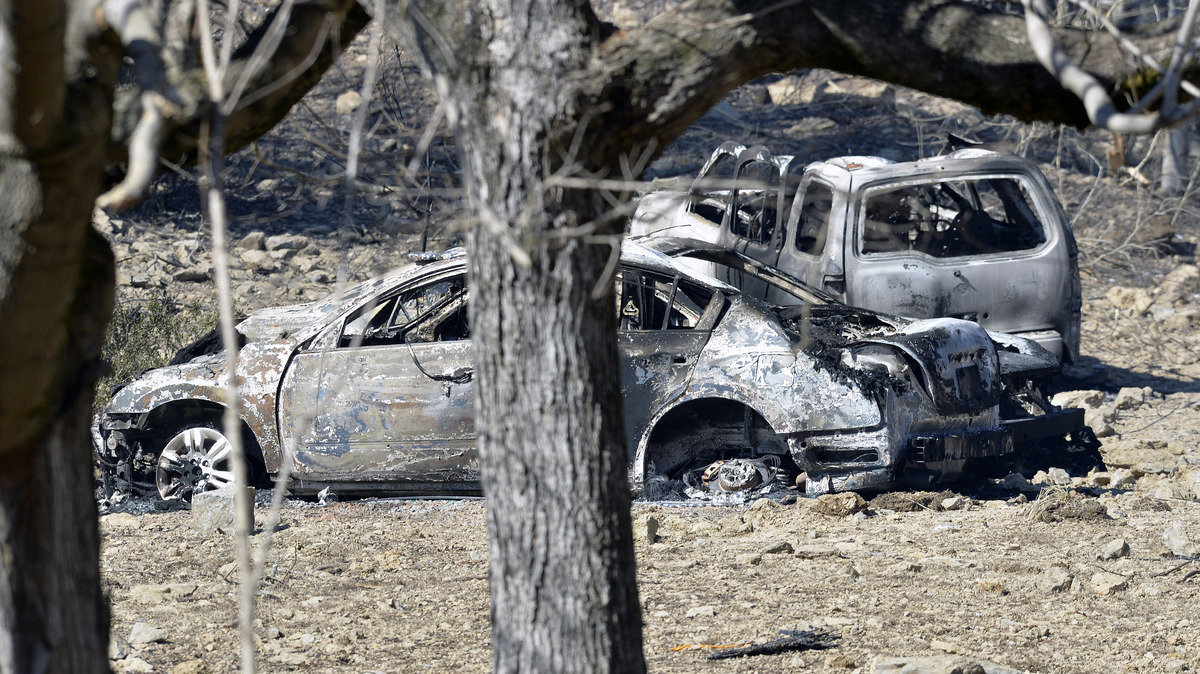 Burned-out vehicles sit among the ruins following a natural gas pipeline explosion in Kentucky on Thursday.

A huge boom awoke the people of rural Adair County, Ky., at about 1 a.m. on Feb. 13. Calls flooded 911 dispatchers with reports of a large fire.

The flames were from an explosion on a natural gas pipeline. It left a crater 60 feet deep, destroyed two homes and sent two people to the hospital.

Federal investigators are examining the cause of the blast, but it wasn't the first time the pipeline had failed in some way.

NPR combed through federal data and found this pipeline had 26 incidents in the past 10 years, ranging from costly leaks and broken equipment to an explosion on a corroded 1950s-era pipe that killed a man and injured another.

Two years ago, the same pipeline ruptured and caught fire in another part of rural Kentucky. Locals posted a video to YouTube showing a dark orange sky and a pulsing flame.

Tom Stevens, who lived close enough that it broke his garage door, said he used to feel safe living near the pipeline.

"It's kind of questionable now," he says. "You never know when something may go off again."

A spokeswoman for Columbia Gulf Transmission, the company that operates the pipeline, says shifting earth caused the 2012 accident. But the company hasn't said what caused Thursday's explosion.

The company denied requests for an interview, but in written statements said it continually monitors the pipeline and exceeds federal safety requirements.

There are more than 300,000 miles of natural gas pipelines in the U.S. NPR reviewed accident data and found that they are generally safe.

Still, pipelines experience an average of roughly 90 failures a year that the government considers significant.

The federal Pipeline and Hazardous Materials Safety Administration employs about 100 inspectors to oversee all types of pipelines. Spokesman Damon Hill says the agency inspects pipelines operators as often as possible. But a federal inspection doesn't usually mean inspecting the pipes. Typically, it's a paperwork audit performed in the company's office.

Hill says operators are required to patrol their own lines, scan them and test for weak spots. The rules for how they do it, though, leave a lot up to interpretation.

"The way the pipeline safety regulations work is they don't often have a 55 mph sign. What they more often would have is a smiley-face sign that says, 'Drive safe,' " he says.

Don Santa, president of the Interstate Natural Gas Association of America, says companies are motivated to keep their systems safe.

"Safety's important; it's part of our social license for doing business," he says. "It's also quite frankly not in the company's best interest for its shareholders to have pipelines with incidents or those that can't deliver natural gas."

Santa says companies would inspect their lines, with or without regulations.

As for Columbia Gulf Transmission, records show it inspected half of its pipeline system in 2012. The company says that's far above federal requirements.