Accessibility links
For This British Author, If It Bleeds, She Reads Who doesn't like to curl up with a good murder mystery? Author Louise Doughty recommends her favorite collection of such tales, and muses about why we're drawn to stories about homicides.

For This British Author, If It Bleeds, She Reads

For This British Author, If It Bleeds, She Reads 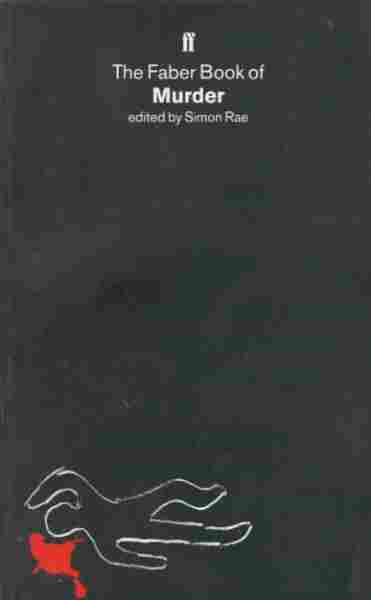 The Faber Book of Murder

The first thing you need to know about my guilty pleasure is that you probably share it. George Orwell certainly did. He writes about it in his 1946 essay, Decline of the English Murder: "It is Sunday afternoon ... Your pipe is drawing sweetly, the sofa cushions are soft underneath you, the fire is well alight, the air is warm and stagnant. In these blissful circumstances, what it is that you want to read about? Naturally, about a murder."

Are you so different? Which would you rather read about — varied attitudes to the economic policy of quantitative easing, or a serial killer's trial? I know what I'd choose: serial killer, every time.

I'm less picky than Orwell, though. He was quite specific about what sort of murder he meant: the perpetrator should be "a little man of the professional class — a dentist or a solicitor, say — living an intensely respectable life somewhere in the suburbs." After much agonizing and careful planning, he would poison his wife, only to be caught out by some unforeseen detail --presumably discovered by a dedicated detective after much clever musing.

I'm fascinated by a broader range of murders, handily provided in one of my favorite browsing reads, The Faber Book of Murder, edited by Simon Rae. The Orwell quotation — featured, of course, in that book — seems to summarize how the worst of crimes is in many ways the easiest to distance our emotions from. Why should this be? Why are so many films, TV programs and novels based on murder? How can we be such gluttons for something so appalling?

The answer is simple: narrative. We love stories with beginnings, middles and ends. A burglary or mugging has a story behind it — the life story of the perpetrator. But only with murder does the crime itself almost always have a contained narrative. And it's usually a satisfying one. In the UK, the clear-up rate for homicide — the percentage of murderers who get caught — is as high as 95 percent. It's a comforting statistic for the rest of us, if not for the victims and their families. It means that the story of a murder begins with the discovery of a corpse and ends, in circular fashion, with the discovery – and very likely conviction and punishment – of the perpetrator. Few of us who have had our wallets lifted get the same reassurance. 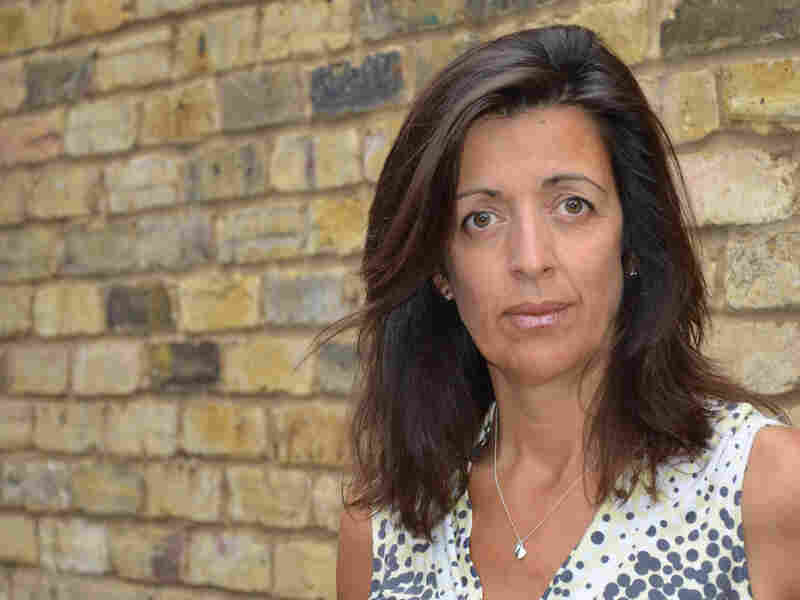 Louise Doughty is a novelist, playwright and journalist. She lives in London. /Courtesy Farrar, Straus and Giroux hide caption

The Simon Rae anthology includes excerpts from such experts at the art of murder writing as Agatha Christie and Dorothy L. Sayers – authors who invite the unrealistic but comforting observation that murder usually occurs within an enclosed community such as a country house or a village. Once the killer is unmasked by a detective, usually an outsider, order within that community is restored.

But the selections extend beyond traditional murder mysteries, including extracts from Shakespeare, Conrad and Dickens. My favorite items are the essays, such as Orwell's. There's a brilliant one by Raymond Chandler, "The Simple Art of Murder," where he nails the charms of British prose with painful accuracy: "The English may not always be the best writers in the world, but they are incomparably the best dull writers."

It's entertaining to read The Faber Book of Murder on public transport — particularly the London Underground, where people are trapped in the same carriage as you. I like to hold the cover up, plain black, with the simple graphic of a chalk outline of a body and a splash of blood; people tend to twitch a little in their seats

Then, in 2012, I sat through a real-life murder trial at the Old Bailey in London, researching for my latest novel, and observed the true, messy, uncomfortable details of such a crime: the deprived and abusive backgrounds of the perpetrators, the wincingly acute suffering of the victim's family. In the face of such pain, stories about murder seemed distressingly shallow.

A fictional murder, with its often-comfortable resolution, reassures us that the worst thing of all is somehow manageable.

It made me wonder, again, why this most terrible of deeds, a deed that creates so many victims, is the staple of entertainment. The truth is — and it's an uncomfortable truth — that it is so fascinating not in spite of the fact that it's the worst thing that can happen, but because of it.

A fictional murder, with its often-comfortable resolution, reassures us that the worst thing of all is somehow manageable. That is why we love these stories: the comforting fantasy as opposed the to the true horror; the focus on the detective figure who succeeds, as opposed to the victim's family whose lives are ruined regardless.

It's the very awfulness of this crime that makes reading about it feel so ... cozy.

Louise Doughty is the author, most recently, of Apple Tree Yard.