Accessibility links
At 4.4 Billion Years Old, Oz Crystals Confirmed As World's Oldest Zircon crystals found in sandstone on an Australian sheep ranch are so tiny that you'd need a magnifying glass to see them. But recent measurements confirm they offer our earliest glimpse of Earth. 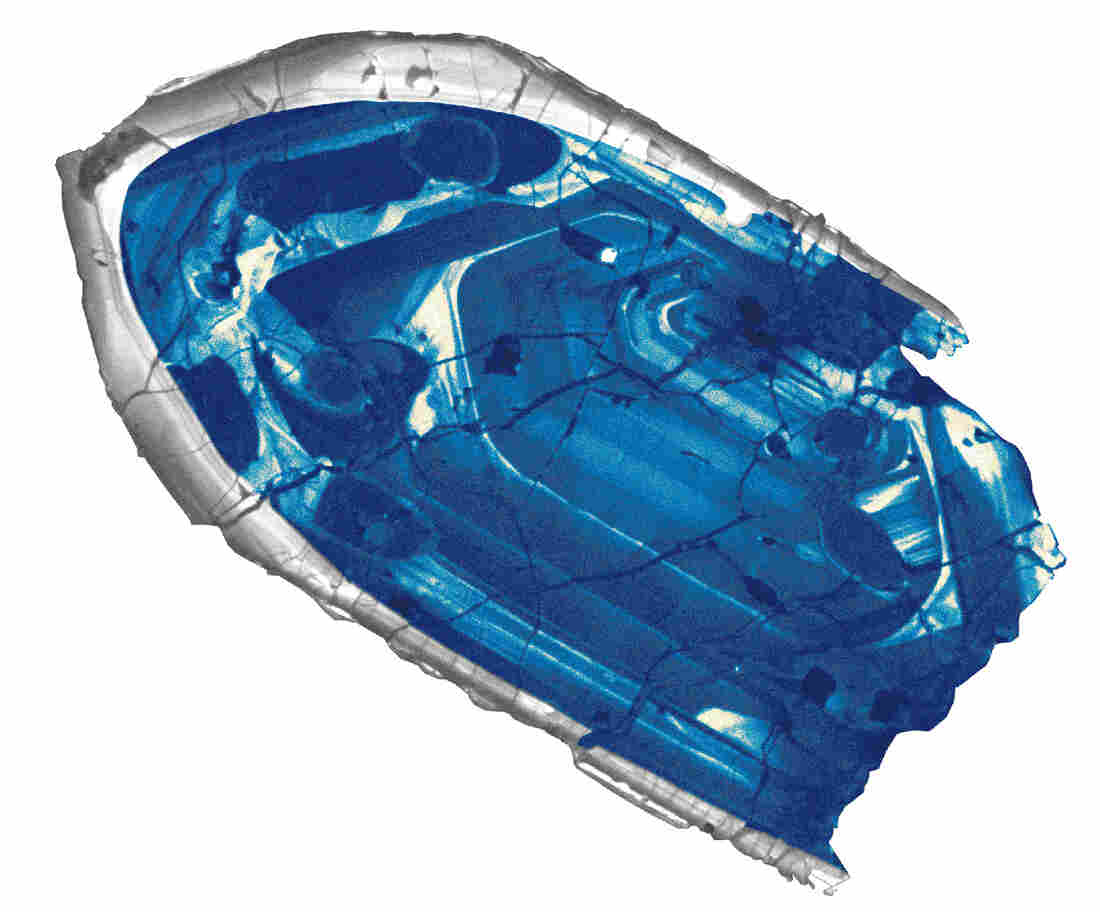 The colors of the zircon crystals range from transparent to deep red. Courtesy of University of Wisconsin hide caption 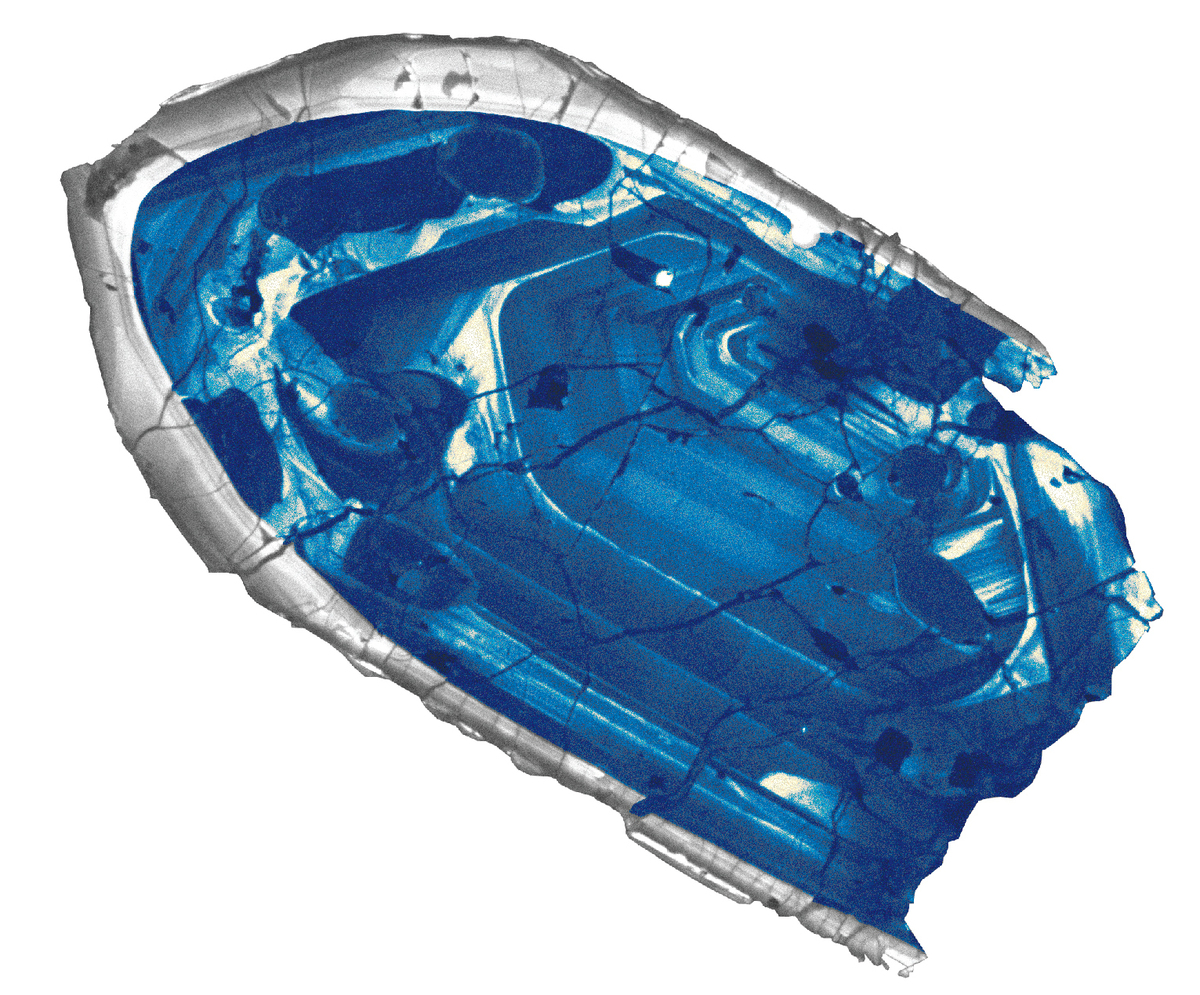 The colors of the zircon crystals range from transparent to deep red.

Scientists have used a powerful new technique to prove that some tiny crystals found in Western Australia are indeed the oldest known materials formed on Earth.

Back in 2001, scientists reported that one of the zircon crystals was about 4.4 billion years old — so old that not everyone believed it.

"There have been challenges, because nothing in science goes without being questioned. It always has to be proven," says John Valley, a geochemist at the University of Wisconsin, Madison. The crystals formed just tens of millions of years after an early proto-Earth was melted by a violent impact with a Mars-size object. The crash created the moon and turned our young planet into a red ball of molten rock.

"It would have glowed almost like a star. Nothing could exist on the surface. There would be no continental land masses. There'd be no liquid water. And there certainly would have been no life at that time," says Valley.

The bits of zircon suggest that those fiery, inhospitable conditions actually didn't last long — that the Earth's continental crust formed early on, and the planet started being more homey.

The crystals are so tiny that if you had one in the palm of your hand, you could not see it without a magnifying glass. Some have jagged edges, while others look like smooth jellybeans. "The colors can be anything from transparent to a deep red," says Valley.

Geologists found them on a sheep ranch in a remote part of Western Australia called the Jack Hills, in sandstones that were a beach around 3 billion years ago.

"It's always blown my mind," says Valley. "I mean, to collect samples that were on a beach 3 billion years ago — and to find crystals that were more than a billion years older even than the beach — is just really surprising and wonderful."

In their original report, Valley and his colleagues had determined the antiquity of the crystal by looking at a small part of it and analyzing how much of the element uranium had decayed into lead. 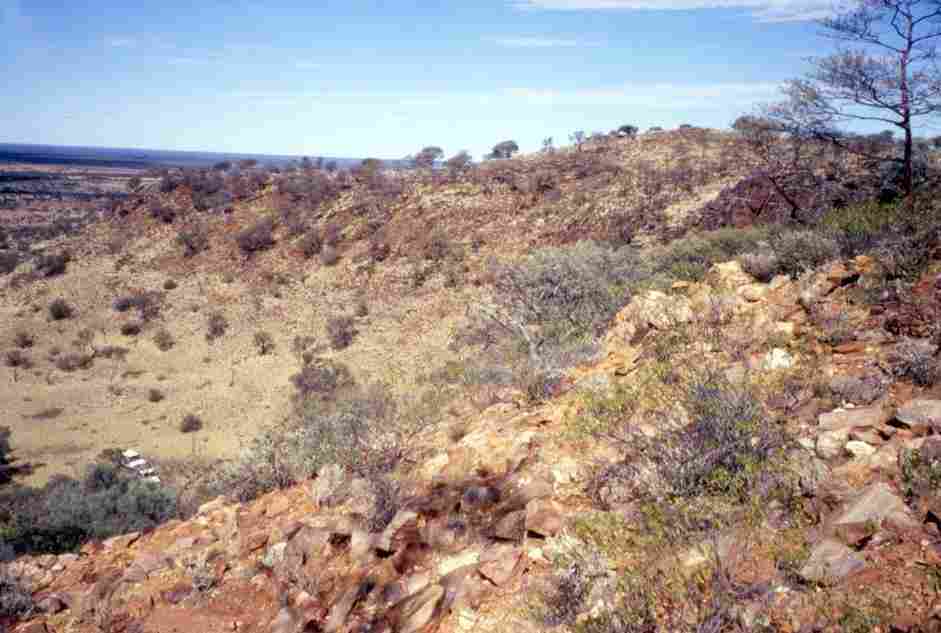 The Hadean zircons -- the oldest bits of Earth yet found -- were discovered near here, on a sheep ranch in Jack Hills, Western Australia. Courtesy of University of Wisconsin hide caption 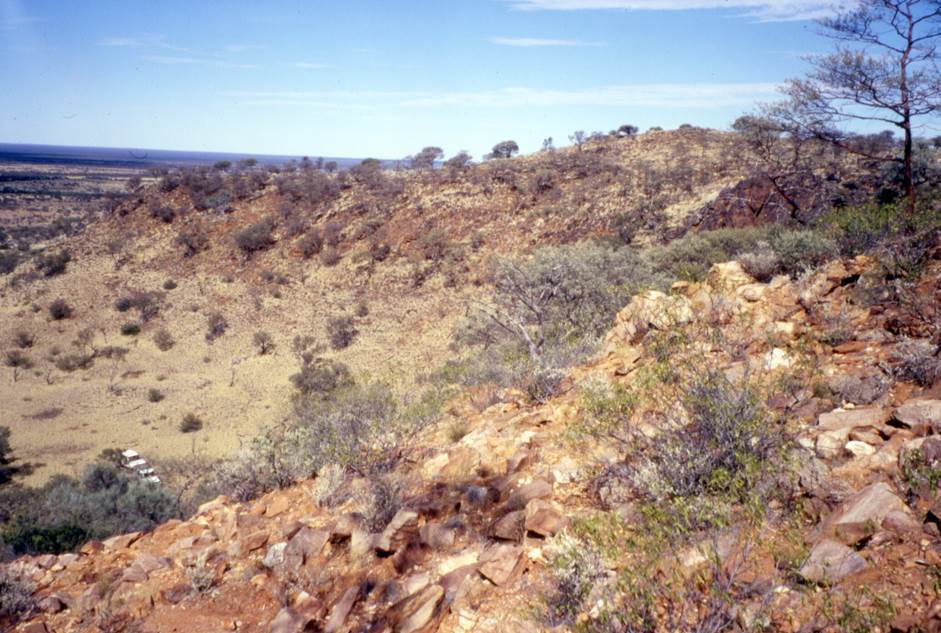 The Hadean zircons -- the oldest bits of Earth yet found -- were discovered near here, on a sheep ranch in Jack Hills, Western Australia.

But some scientists pointed out a potential problem: Atoms of lead might move around inside the crystal. "And if that happens, in the places where it's concentrated, you will measure an older age than the true age," Valley explains.

So Valley's team recently tackled this issue with a powerful new instrument that can pluck out and identify individual atoms, to create a kind of map of their distribution inside the crystal.

They found that lead atoms do move around, but only a tiny bit — not enough to affect their age calculations. This particular crystal that they analyzed, they say, is 4.374 billion years old, plus or minus 6 million years.

Sam Bowring, a geologist at the Massachusetts Institute of Technology, says it's pretty hard to argue with this new study, which appears this week in the journal Nature Geoscience.

If Yellowstone Could Talk, It Might Squeak. Blame The Helium

Having something that appeared so soon after the Earth-moon system was formed means that scientists are closing the gap in the part of the Earth's history that is not preserved, says Bowring.

"I think that really is profound, if you think about it," he says. "Now we're talking about a history on this planet that goes back to almost the day that the planet was born."

If geologists are lucky, he says, someday they may stumble over a big rock that's as old as these little crystals.