Accessibility links
A College Project That Imagines A Floating City For Oil Workers Plans for man-made islands — designed by Rice University architecture students — have attracted the attention of one of the world's largest oil companies as a way to house way-offshore oil workers. 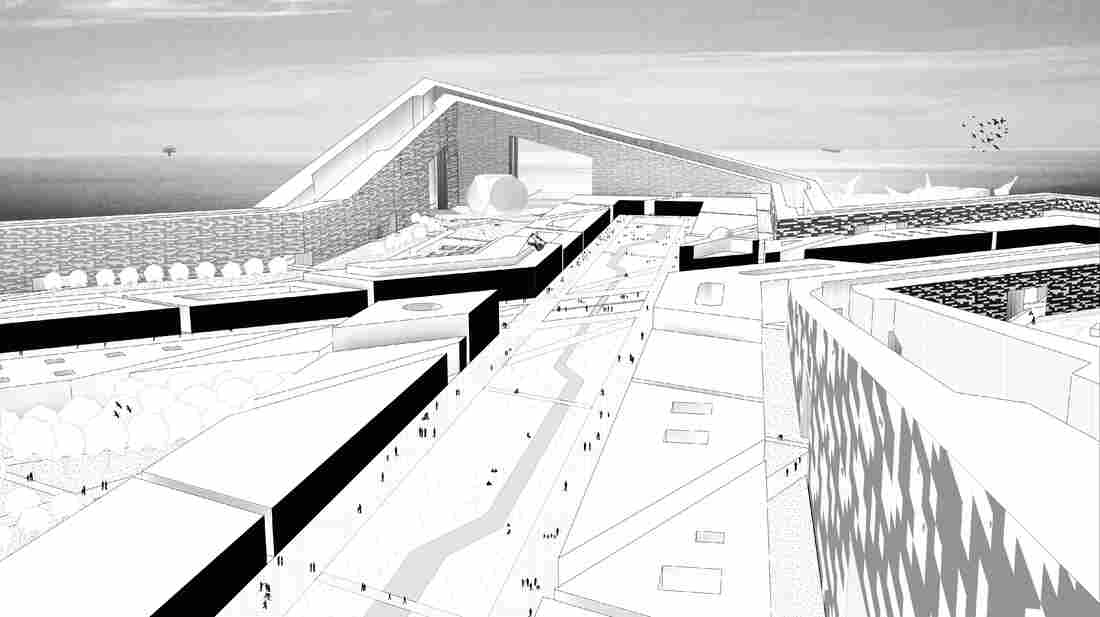 View of central crossing of the central hub island, one of dozens of man-made islands envisioned by Rice University architecture students. The islands would serve as a floating city for oil workers off the coast of Brazil. Rice School of Architecture hide caption 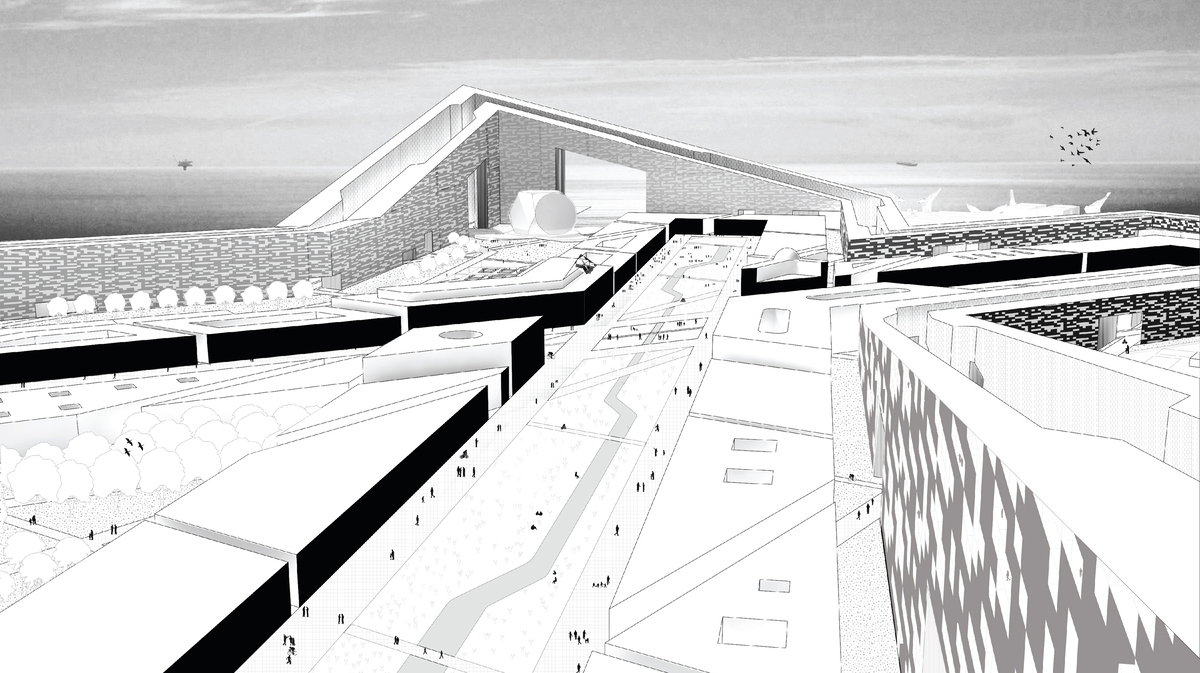 View of central crossing of the central hub island, one of dozens of man-made islands envisioned by Rice University architecture students. The islands would serve as a floating city for oil workers off the coast of Brazil.

Imagine you're in a college-level architecture class and your assignment is to come up with an idea so revolutionary that it could be considered an important advance in industrial design.

Students at Rice University in Houston accomplished that with plans for a floating city that is being considered by one of the world's largest oil companies. Last year, the students won the inaugural Odebrecht Award for a radical design of man-made floating islands where as many as 25,000 oil workers and their families could live for extended periods of time.

"We started focusing in around Brazil and into the oil industry, and one of the fascinating things with the oil industry in Brazil is that it's all offshore," says professor Neeraj Bhatia. His fourth-year Rice University architectural students focused on a 600-kilometer [373-mile] area off the coast of Brazil called the Campos, Santos and the Libra Oil Basins.

"We saw this crisis, this logistical crisis that was emerging as the newer [oil findings] were further and further offshore," Bhatia says.

The newer discoveries push the limits of normal helicopter range. That means getting to and from work on the oil platforms is both expensive and a grind. So the Brazilian oil company Petrobras is looking for a new, better way for its employees who must work on these platforms.

"And I think what was interesting was being able to affect their lives both at the human level, basically how they go about their day, and then in the broader sense we could change the way that those accumulated lives affected the whole industry," says Alex Yuen, one of the Rice students on the project.

The World's Largest Vessel Enters The Water In South Korea

Their solution seems right out of an Arthur C. Clarke novel. The class designed three large floating islands that are surrounded by 42 smaller islands. These smaller islands would provide the larger hubs with among other things, crops and electricity through solar and wave power. The three main hub islands would be as large as 1 kilometer by 2 kilometers [0.6 by 1.2 miles] and would be a mix of residential, office and industrial centers. 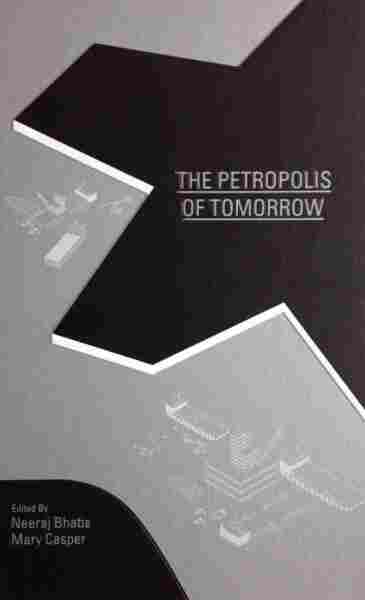 The Petropolis of Tomorrow

by Neeraj Bhatia and Mary Casper

"We have a series of islands. There are three types — the hub island, which is the largest, considered more like a metropolitan island, where it has the densest population. It has apartments for workers and families, it has resources such as schools and office space," says Weijia Song, another student designer on the project.

There'd be a hospital, a commissary, office buildings and a desalination plant as well as a beach with volleyball and soccer fields and also a swimming pool. The platform workers would be transported to and from the island hub by ferry.

The family unfriendly life of working two weeks on, two weeks off could be eased.

Meat and other commodities would have to be imported by boat, but in many ways this offshore community would be self-sufficient. And the two square kilometers above the water is just the tip of the iceberg. Underneath each hub is designed a mountain of submerged steel, including massive ballast tanks.

"With the ballasting techniques, not only can you raise and lower the island by the ratio of water to water, they also have techniques now for digitally sensing wave levels and these things are constantly being calibrated," Bhatia says. "So the technique of using digital stabilizers that are constantly reballasting the tanks would be what was employed."

The three hubs would serve as oil transfer facilities, pumping the offshore crude back to the coast through three large pipelines. The hope by Petrobras, the Brazilian oil company, is to build and have operational floating residential islands in the next five years. Just how much of the Rice students' elaborate concept ultimately might be realized is still unknown. The company's project is in its early phases on the drawing board.