Accessibility links
Online, Researcher Says, Teens Do What They've Always Done In the world of social media research, danah boyd is a star. She says most adults misread and overreact to the online lives of teenagers. But as the title of her new book suggests, It's Complicated. 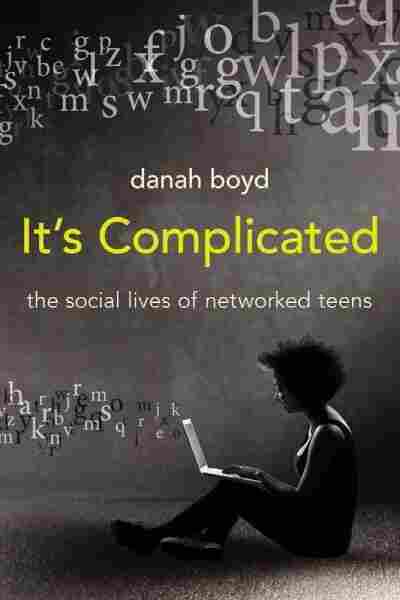 The Social Lives of Networked Teens

Researcher danah boyd is obsessed with how teenagers use the Internet. For the legions of adults who are worried about them, that's a good thing.

With a Ph.D from the University of California, Berkeley, and a masters from MIT, and as a senior researcher with Microsoft, boyd is something of a star in the world of social media. For her new book It's Complicated, she spent about eight years studying teenagers and how they interact online. She says she wrote the book in part to help parents, educators and journalists relax. "The kids are all right," she says.

Before Facebook, before Myspace, boyd (who uses lowercase for her first and last name) was an early adopter of the Internet. She got hooked when she was a teenager in the mid-1990s living with her family in a small town in Pennsylvania. It was "inspiring and exciting" to suddenly have access "to people who were more interesting than the people I went to school with," she says.

Today boyd is one of those people who seems to have memorized several maps of the World Wide Web. She roams like the rest of us, but she also seems to know exactly where to go and what to do when she gets there. She's got a variety of different Twitter accounts. "I have both my formal, professional @zephoria account, but then I also have a personal account which is me joking around with friends — and then I have an even sillier account which is me pretending to be my 7-month-old son," says boyd. "Flickr," she says, "has been a home for a long time to share photos with friends," and LinkedIn is where she spends professional time.

On the subject of Facebook, boyd rolls her eyes. Yes, she's there, but she finds it a very hard space to manage.

"I have to simultaneously deal with professional situations, friends from the past, friends from the present all in one environment and I don't share the same thing in those worlds. For me it's a world of context collapse," says boyd.

"Context collapse": boyd isn't sure whether she or a fellow social scientist coined the phrase, but she refers to it a lot. She says, like adults, teenagers are figuring out how to present themselves in different contexts. One of the chapters in her new book is all about why teenagers seem to behave so strangely online. "They're trying to figure out the boundaries with regard to their peers. So what is cool? What is funny? What will get them a lot of attention good or bad?" says boyd.

As they get older, says boyd, they want to look even cooler. Sometimes that's reflected in the name they use online. "So you'd see people being like 'carebear3344' and then they'd realize that they're no longer 13 and talking about Care Bears is no longer cute. So they have to write something more sophisticated. So then we pick up a Jack Kerouac reference and all of sudden somebody's Darma Bum," says boyd.

To write It's Complicated, boyd spent about eight years studying teenagers and their social media behavior. She traveled to 16 U.S. states. She visited different communities, rich and poor, urban and rural. She interviewed over 160 teenagers, promising them confidentiality.

High school students in Washington, DC are all too familiar with some of the issues boyd raises in her book. They don't call it "context collapse," but they've experienced it. Fourteen-year-old Faith Sydnor says she and her friends use social media to talk to each other, which is why they've left Facebook. " 'Cause older people are getting on there. We want our own social network to ourselves. I guess so we won't get in trouble," says Sydnor.

Teenagers, boyd writes in her book, are "desperate to have access to a social world like that which adults take for granted." Jamahri Sydnor — also 14 — thinks a lot of adults don't understand that her smartphone is a place to relax and have fun. "My phone is my escape from all of the things at school and other things that stress me out," says Sydnor. "So I think that being on your phone is a good thing. And like games, social networking, it's a good thing because you can escape."

For the most part, boyd says, teenagers are doing online what they've always done. The difference now is that — if that teenager isn't careful — the world can see it. For her book she also talked to a lot of adults: Parents, ministers, teachers. Once, an admissions officer from an Ivy League school contacted her about an essay they'd received from an African-American teenager from South Central Los Angeles. "He wrote really beautifully about wanting to leave behind the gangs that surrounded him growing up," says boyd.

The school loved the essay. But then they checked out his Myspace profile and found out it was full of references to gang activity. boyd says the admissions officer asked her 'Why would he lie to us?' "And this question was fascinating to me," says boyd, "Because — I didn't know this particular kid — but, my guess, having spent a lot of time in this region of Los Angeles — is that he was working on survival." She believes it's possible he needed to affiliate with a gang for his own safety."And so what happened was Myspace became a place of performing those gang affiliations," says boyd. "Those Myspace pages were never designed for the college admissions officer. And so here's this college admissions officer not understanding the context in which this teen is operating."

Context is everything, says boyd. She believes teenagers' behavior online is often misinterpreted without it. Amanda Lenhart, a senior researcher and director of teens and technology at the Pew Research Center, agrees. Lenhart says boyd digs deeper. "She goes out and she does the legwork and spends the time to talk with these kids and then takes the time to glean it and digest it and put it out there for the rest of us to use," says Lenhart.

Author danah boyd says she was going to call her new book Like D'oh!, because so many of the teenagers she interviewed think all of this is obvious. But instead, perhaps to help adults feel better, it's called It's Complicated: The Social Lives Of Networked Teens.

Read an excerpt of It's Complicated