Accessibility links
During World War I, Germany Unleashed 'Terrorist Cell In America' In Dark Invasion, Howard Blum explores the campaign of sabotage that Germany inflicted on an unsuspecting U.S. As ships and factories blew up, "no one really suspected a spy network," he says. 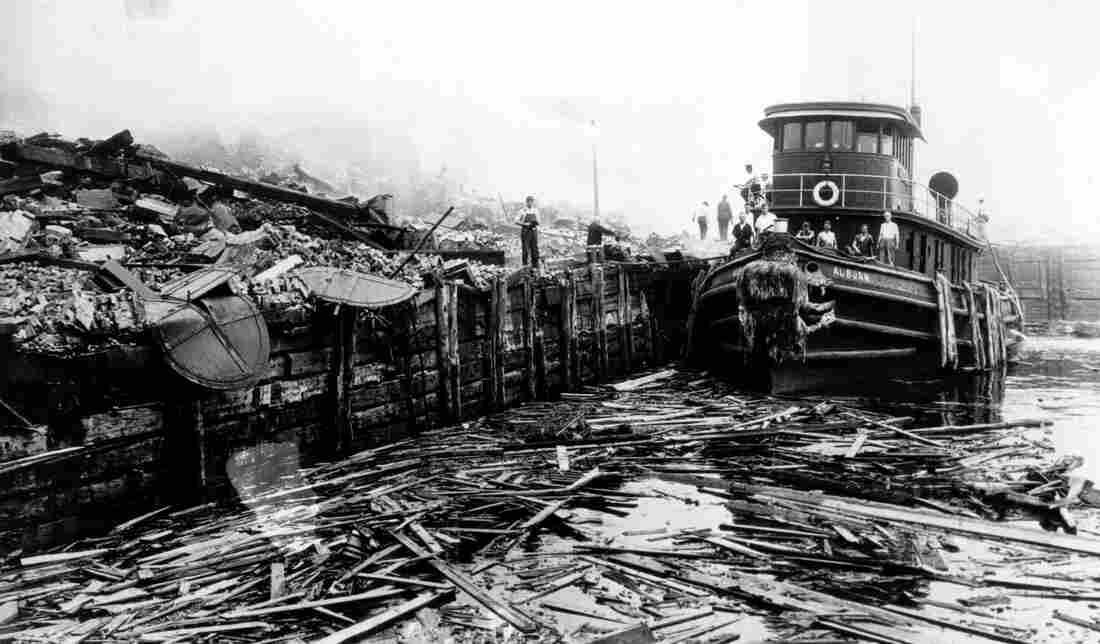 A fireboat sits amid ruins and debris on the piers at Black Tom Island in Jersey City, N.J., on July 30, 1916. Evidence pointed to German sabotage. In Dark Invasion, Howard Blum explores Germany's spy network and sabotage efforts in the U.S. at the beginning of World War I. AP hide caption 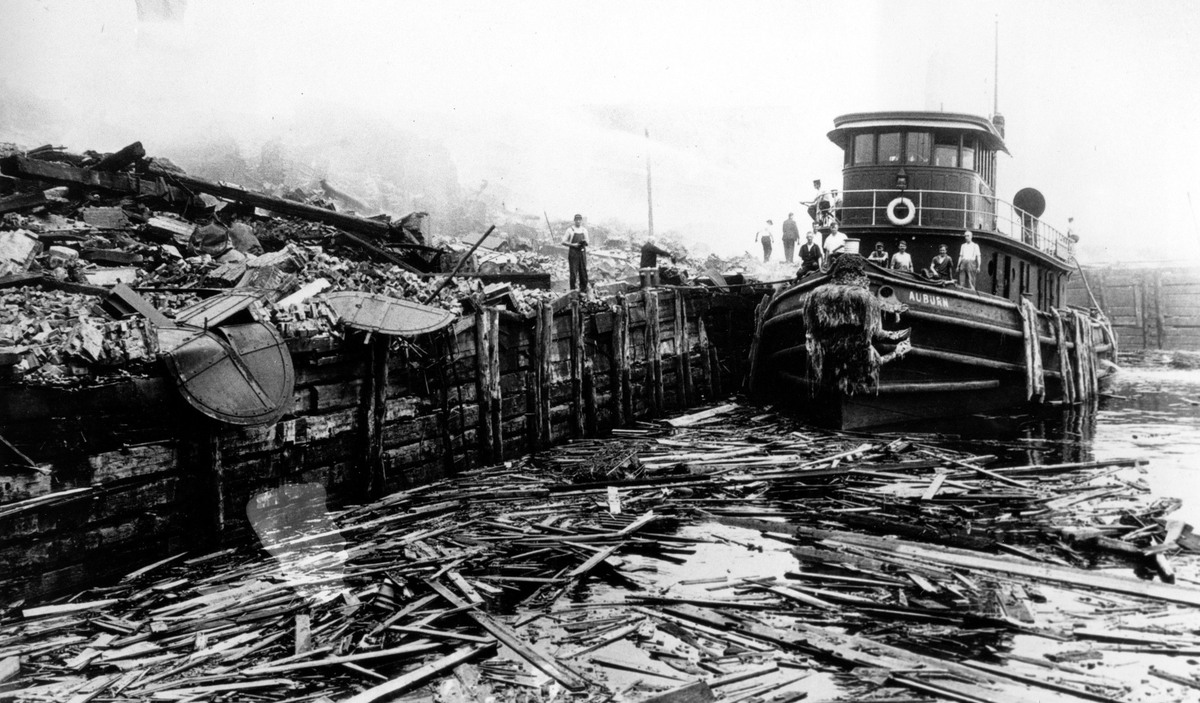 A fireboat sits amid ruins and debris on the piers at Black Tom Island in Jersey City, N.J., on July 30, 1916. Evidence pointed to German sabotage. In Dark Invasion, Howard Blum explores Germany's spy network and sabotage efforts in the U.S. at the beginning of World War I.

In the early years of World War I, as many as 1,000 American horses per day were shipped off to Europe to assist in the Allied war effort, even though the United States was officially neutral. Those horses became the target of germ warfare, infected with anthrax cultures on American soil; at the same time, mysterious explosions were rocking U.S. munitions factories, and fires were breaking out on ships headed to Europe.

Journalist Howard Blum says this was all part of an aggressive campaign of spying and sabotage the German government unleashed on the United States soon after war broke out in Europe. Blum's book, Dark Invasion, is about the campaign and the effort of American law enforcement to crack what Blum calls "the first terrorist cell in America." It's filled with fascinating characters, from the duplicitous German ambassador who held the title of Count, to Capt. Franz von Rintelen, who plotted destruction while living at the Yacht Club in New York, to the NYPD bomb squad detective who in effect formed an anti-terrorist squad to try to find the saboteurs.

"There really wasn't anyone at first who could put it all together," Blum tells Fresh Air's Dave Davies. "Ships are blowing up at sea, or catching fire, factories are blowing up. Are these accidents? Are these industrial sabotage? No one really suspected a spy network."

1915: Germany's Secret War and the Hunt for the First Terrorist Cell in America

The German population was a very distinct, and vocal, and articulate group. They published newspapers in New York City. One newspaper was selling 75,000 copies each day just in the German language. You could go to cities like Hoboken, N.J., and the city would be almost entirely German. Many cities, like New York, like Milwaukee, had their Little Germanys. Approximately over 8 million people — which is about a tenth of the population at that time — was German.

On the German sailors stationed in and around New York

There were bars all along the [New York] waterfront that were just filled with Germans, and these were people who had nothing, really, but time on their hands. They were bored, they were concerned because many of their relatives were involved in fighting in Europe, and here they were, cut off from it. They missed the homeland, they missed the war, and it was creating a situation where here was, in effect, a "fifth column" in America. At one point the German ambassador threatened that ... they would rise up against the United States if the United States entered the war.

On early attempts to prevent the U.S. from entering the war

The logic of the German spy masters — and this was a very narrow logic, and I don't think they understood the American mind — [was that] if they could keep America occupied, if America had to worry about what was happening at home — to its own munitions factories, to its own even subways and bridges — if America had to fear what was happening along the homefront, then they wouldn't have ... the volition to want to go off and fight in a war across an ocean.

On the development of a professional German spy network in the U.S.

As soon as war is declared they begin a "campaign of sabotage." There are chemical plants — a DuPont plant in New Jersey — there are boats that are sabotaged, and they cause a good deal of damage, but not enough. Some of the plots are thwarted; they fail. 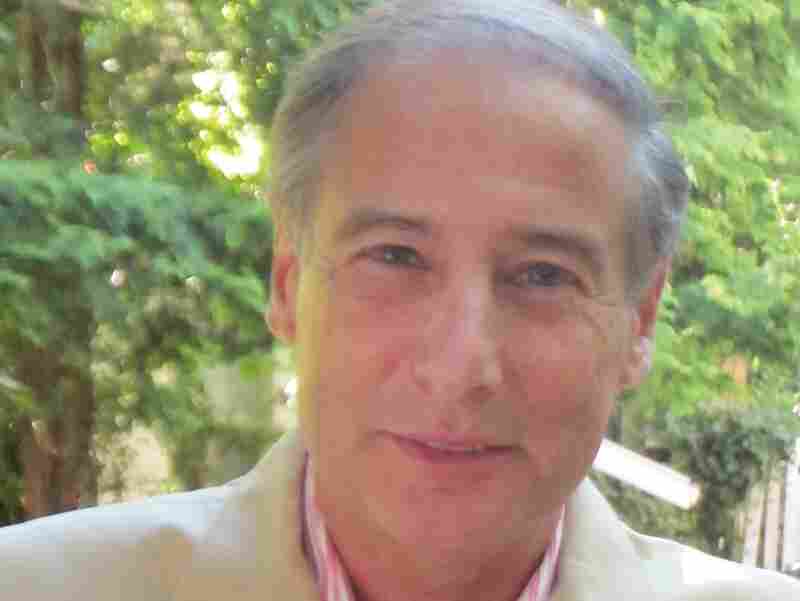 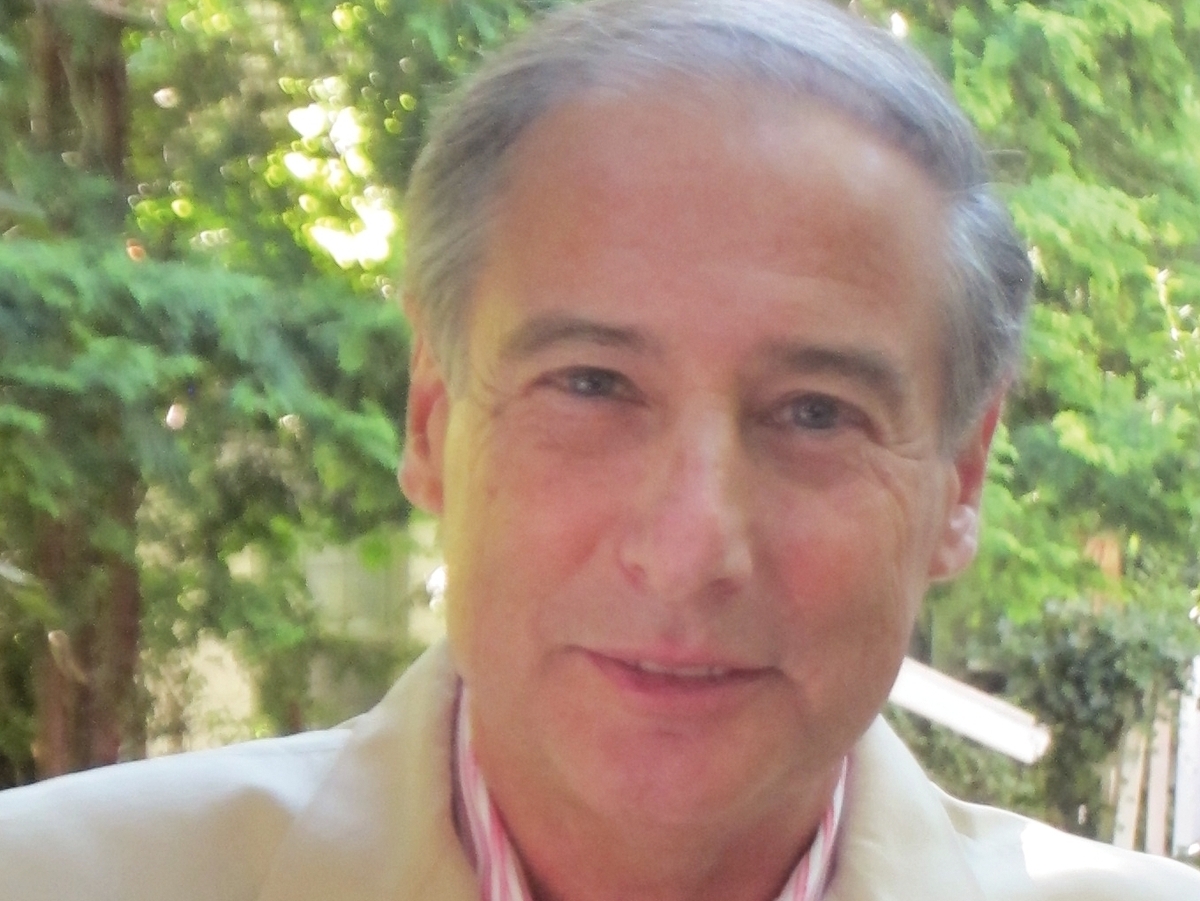 Howard Blum is a former investigative reporter for The New York Times who's now a contributing editor at Vanity Fair.

On President Woodrow Wilson's reaction to the "campaign of sabotage"

Wilson has a very good ability to rationalize what is happening or live with a great deal of detachment. For well over two years these events are happening, and he's still not convinced that they involve the hierarchy of the German diplomatic corps. ...

[Finally, Wilson's chief aide] sends him a memo where he says, "Mr. President, you have to worry that bridges are going to be blown up, skyscrapers are going to be attacked, and the New York City subways are going to be filled with 'germs' " — as he describes it — then Woodrow Wilson starts to follow things.

The final straw is when the Germans are ... [plotting] to arm the Mexican government and use them to attack the United States and to pull the United States into a Mexican-U.S. war. ... Wilson realizes enough is enough, and he gives a speech and it's remarkably candid.

On what Wilson said in his speech on "The German Plot" on Flag Day, 1917

He says: I never expected that people we had taken into our country, our friends and our neighbors, would act this way.

And he's shocked, deeply, and not naively, but he's being totally honest, totally candid about his shock, and he says: But I was wrong, and this is one of the reasons why we have to go to war and we can't allow this to happen.

Read an excerpt of Dark Invasion

How Gold Turned The Yukon Into The Wild West