Accessibility links
Still 'Out To Lunch' 50 Years Later Eric Dolphy's creativity was exploding early in 1964, and he was finding more players who could keep up. Out to Lunch is free and focused, dissonant and catchy, wide open and swinging all at once. 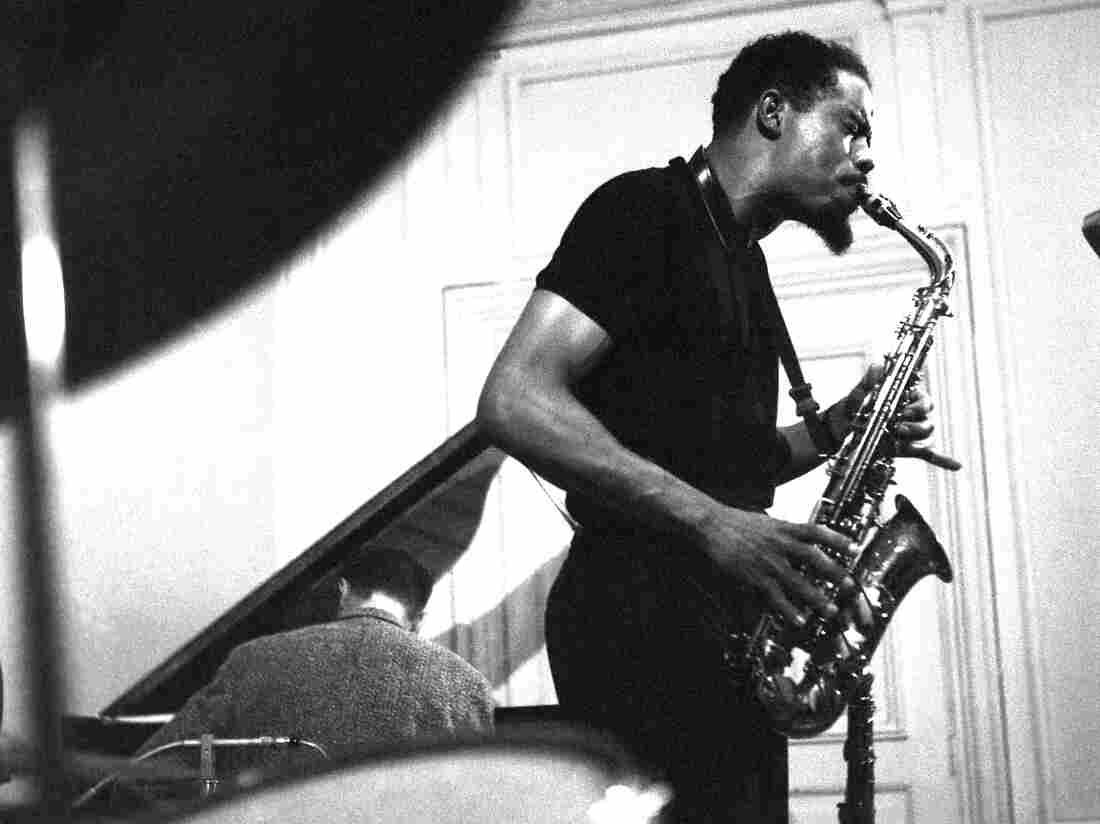 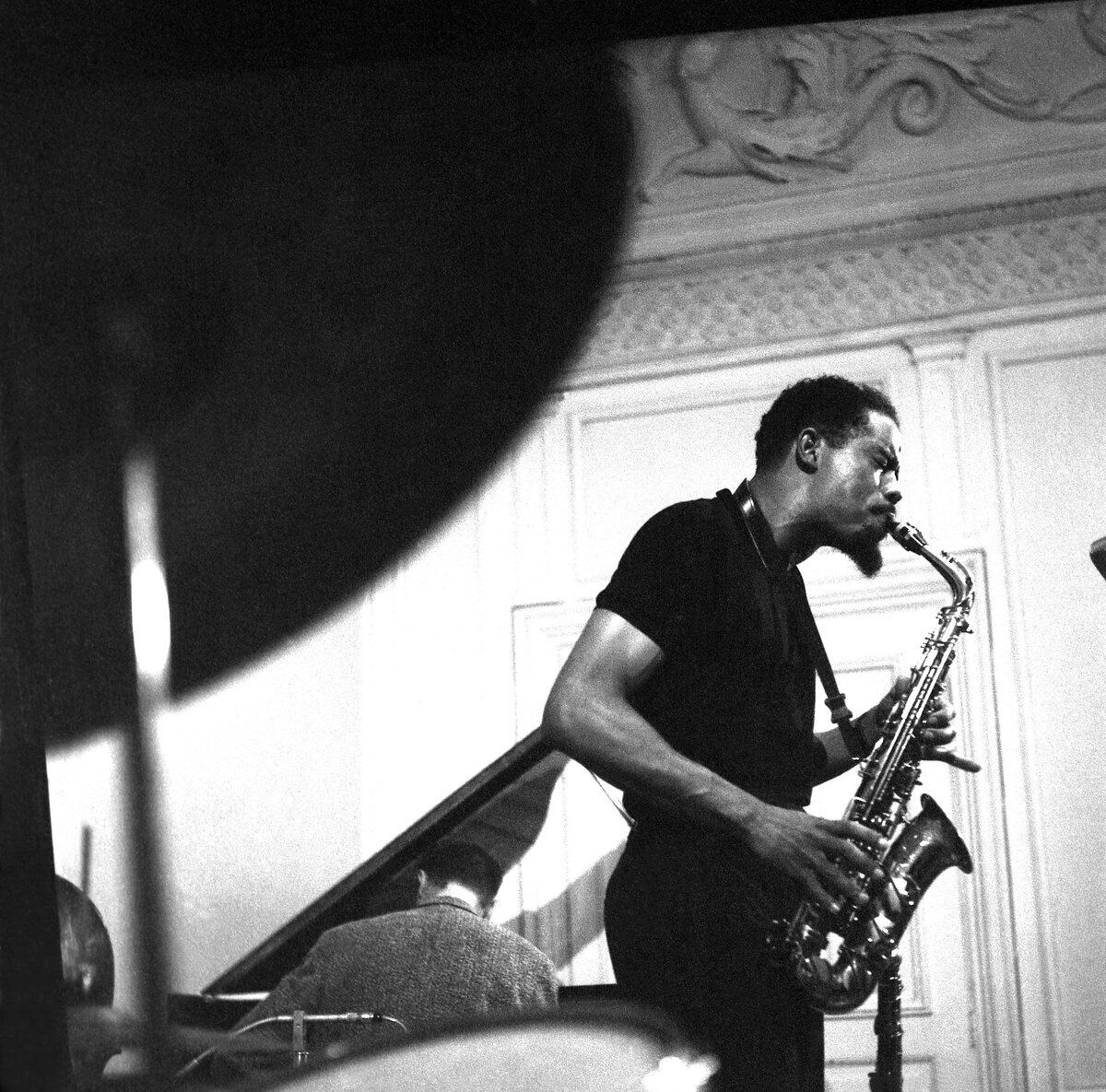 1964 was a great year for cutting-edge jazz records like Albert Ayler's Spiritual Unity, John Coltrane's A Love Supreme and Andrew Hill's Point of Departure. But none sounds as far ahead of its time as Eric Dolphy's masterpiece Out to Lunch, recorded for Blue Note on Feb. 25, 1964. Half a century later it still sounds crazy in a good way. The organized mayhem starts with Dolphy's tunes, often featuring wide, wide leaps in the melody and ratchet-gear rhythms. His composition "Straight Up and Down" was inspired by the careful walk of a drunk striving to stay upright. He improvised with that same kind of angular energy, and an excitable tone like a goosed goose.

The heart of Out to Lunch is its singular vibes-bass-and-drums rhythm trio, starting with Miles Davis' 18-year-old drum wonder Tony Williams. The following year, Williams would propose to Davis' band that they play "anti-music" — the opposite of what anyone would expect. Williams is already testing that idea on Out to Lunch, rethinking the drum set's components; his hi-hat alone makes this one of his classics. On "Hat and Beard," the title a nod to Thelonious Monk, Williams finds myriad ways to provoke Dolphy's yawping bass clarinet, an instrument Dolphy had pretty much to himself as a soloist.

Williams isn't the only one avoiding the obvious. Bobby Hutcherson made Out to Lunch about the weirdest vibraphone showcase ever. More than anyone he gives the album its futuristic quality. All vibists lean on the sustain pedal, to let notes ring like doorbells. But here Hutcherson also takes his foot off the pedal and strikes the metal bars hard, for a rude clanky sound akin to Monk's piano. Like Monk he leaves in a lot of open space, refers back to the melody often, and uses oblique strategies to prod horn soloists: Dolphy on alto, bass clarinet and flute, and trumpeter Freddie Hubbard.

The equally resourceful bassist is sure-footed Richard Davis. His playing here is a compendium of modern bass strategies: He'll walk fast, sing with a bow, play counterpoint, toy with the melody, or stubbornly stand his ground. Their interaction anticipates some of what Williams would soon get up to in Miles Davis' rhythm section.

Dolphy's creativity was exploding early in 1964, and he was finding more players who could keep up. He was looking forward to spending a year in Europe. But even before the album came out, he was dead of diabetic complications at age 36.

Out to Lunch was too odd to be an immediate trendsetter, but in time you could hear its influence in Anthony Braxton's or Roscoe Mitchell's zigzag solos and odd timbres, in David Murray's yawping bass clarinet and Jason Adasiewicz's clanking vibes. You can also hear it in ambitious music by all sorts of modern composers who grapple with the same kind of contradictions Dolphy did. Out to Lunch is free and focused, dissonant and catchy, wide open and swinging all at once. Fifty years on, there's plenty there to be inspired by.