Accessibility links
Ardent Atheists Spread Their Reverence For Disbelief Amid the religious evangelists in San Diego's Balboa Park, there's a table with a banner that reads, "Relax, Hell Does Not Exist." These atheists are looking for converts. 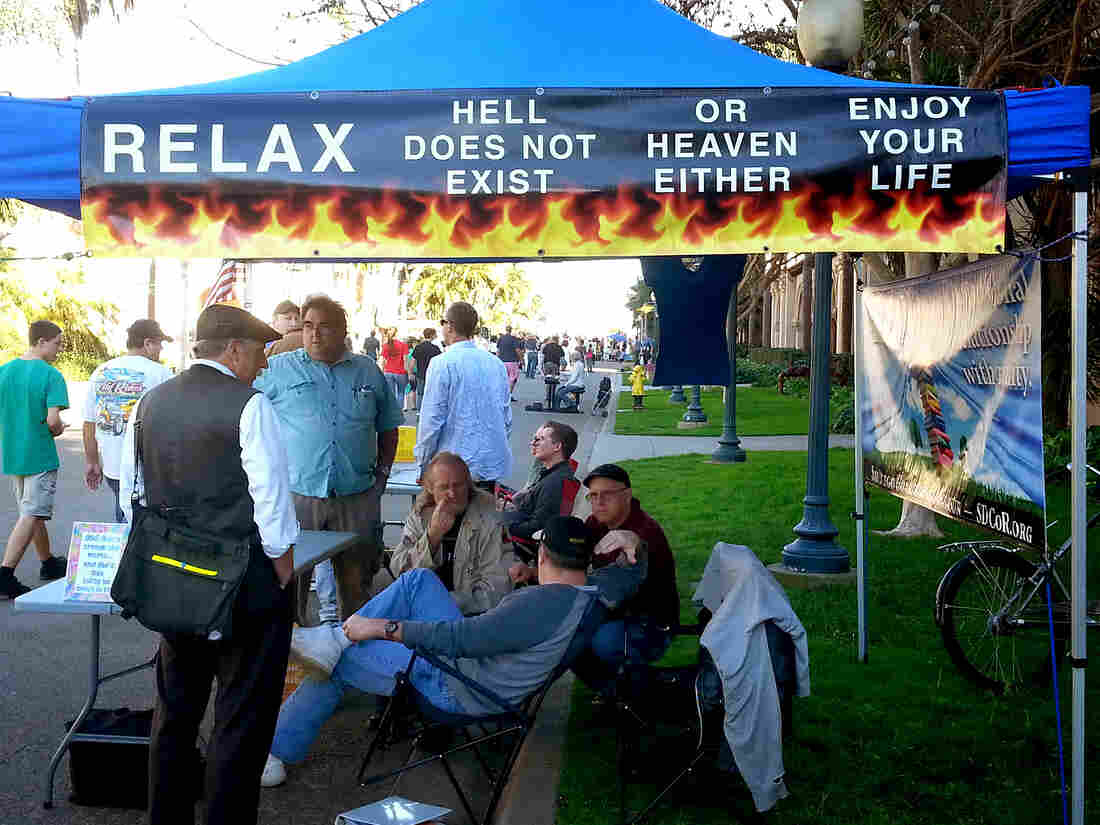 The San Diego Coalition of Reason opened this booth in Balboa Park to support the atheist community and to evangelize nonbelief to religious people. Claire Trageser /NPR hide caption 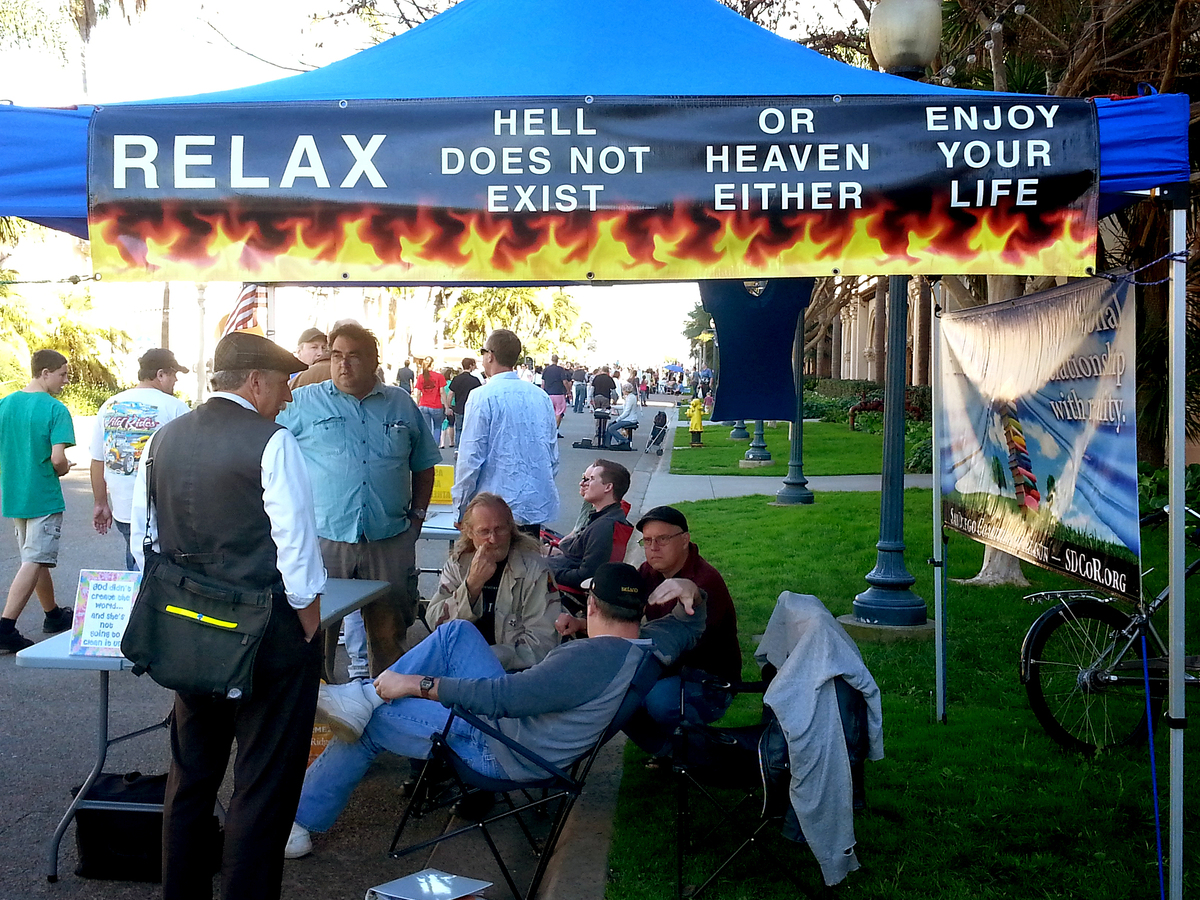 The San Diego Coalition of Reason opened this booth in Balboa Park to support the atheist community and to evangelize nonbelief to religious people.

Stroll through the plaza of Balboa Park in San Diego, and you'll pass religious groups spreading their beliefs and looking for converts.

But you'll also see a table draped with a large banner that reads, "Relax, Hell Does Not Exist." Approach, and you'll hear evangelical atheist Rob Hudson engaged in religious arguments.

"If you're an atheist, you don't believe in heaven or hell," a teenager tells him.

Hudson responds by saying the concept doesn't make sense. "Who in their right mind would choose to go to hell?" he asks.

"No one will go to hell unless you choose not to believe in God," the teen says.

Hudson spends every Saturday at the booth and seems to thrive on these discussions.

"It can be actually kind of fun," he says. "Instead of giving the same argument back every single time, you like to mix it up a little bit."

The San Diego Coalition of Reason opened this booth to support the atheist community and to evangelize nonbelief to religious people. Jim Eliason, one of the coalition's members, says they've actually had de-conversions at the booth — but with people who were already questioning their beliefs.

"Even if they come up to you beforehand and tell you very stridently that they're a believer and they're Christian, probably what they're doing is they're trying to see if you can give them any new information," Eliason says.

More often, religious people try to convert the atheists. On a recent Saturday, Valentine Ilin was walking by with four of his kids. Ilin is a Baptist and decided to give the atheists a message, so he led his family in song.

"The precious, precious name of Jesus ..." the family sang in perfect harmony.

Many religions seek converts, but why would atheists care whether others believe in God? Coalition director Debbie Allen says they think the world would be better off with less dogma.

"I think there are some good tenets within some religions that point people in the right direction," Allen says. "But when you're talking about a faith that is unwilling to change or grow, that [believe] this is the right way and there is no other way, those people are at risk of continuing practices that are detrimental to other human beings."

She also hopes the booth will break down stereotypes.

"Atheists are not necessarily strange or bad, but a lot of people of faith never meet someone that would be out about being an atheist," she says.

Allen says everyone, atheists included, can benefit from meeting people with different beliefs — or lack of beliefs. She's happy to have that interaction happen at the atheist booth.

San Diego is one of several cities with this kind of atheist outreach, but it's one of only a few places with a booth that's open every weekend.