Accessibility links
From Recife, Brazil, 3 Rhythms Get The Carnival Party Started The descendants of the coastal Brazilian city have a long, mixed history, making for quite the vibrant display and musical celebration. One style of music is even said to make the blood boil. 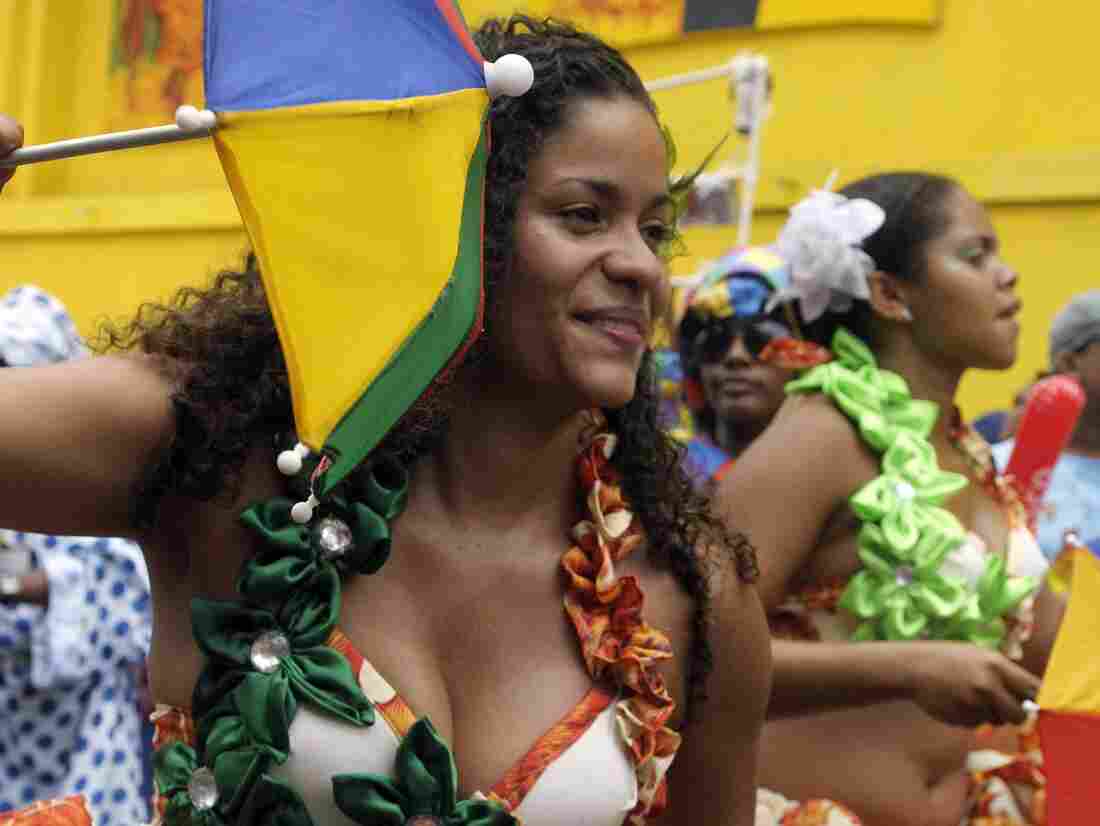 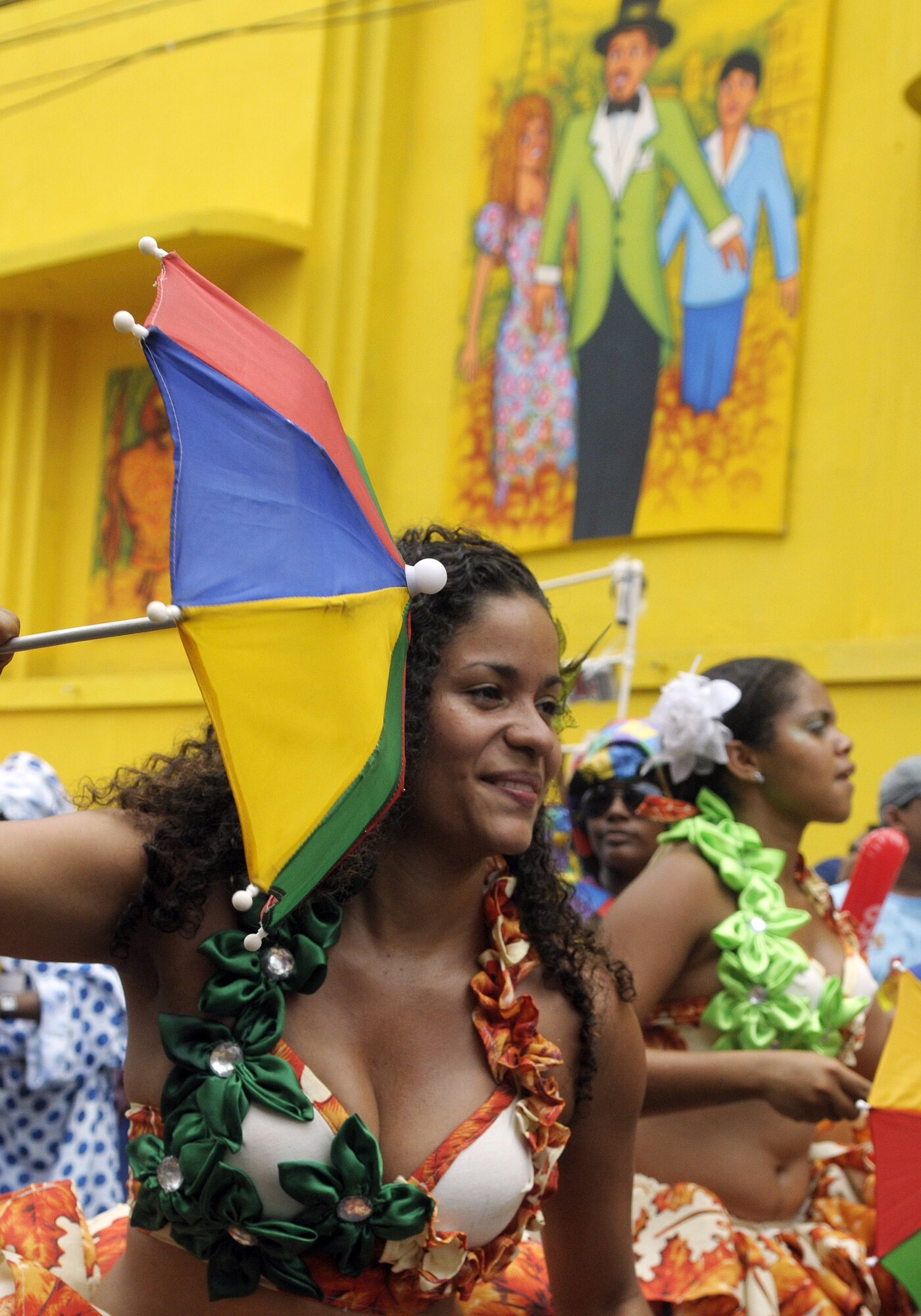 It's Carnival this weekend in Brazil. While it costs hundreds of dollars just to get a bad seat in Rio de Janeiro, the northern city of Recife hosts the most unique and varied celebration in the country, with two million people expected to attend.

"There is a mixture of the religious and the profane here," says Romulo Meneses, who's the head of the biggest block in the Saturday parade. "The two play with each other during carnival. The saying goes that this isn't a state, it's a country in and of itself because it is so multicultural."

There are three broad types of music that symbolize Carnival: frevo, caboclinhos and maracatu.

Maracatu rural was born on the sugar cane plantations of the interior of the state. Like much of the music of Carnival, it has its roots in slavery. The costumes are gorgeous — the dancers hold flowers in their mouths while wearing massive, multicolored tinsel headdresses that sweep down like curtains over their embroidered and tasseled capes that swing and glitter as they spin.

That sound is very different from maracatu nação, which is heavy on the percussion and also known as "maracatu of the turned-around beat." The participants here are dressed as the court of the sun king with velvet outfits and elaborate wigs. There is the king the queen and the court. The roots here go back to Candomblé — the Afro-Brazilian religion — but also the ceremonies that would give leadership positions under slavery. Hundreds of years ago, slaves in Brazil crowned their own king, who would act as an intermediary between the community and their Portuguese overlords.

In caboclinhos, the participants honor the indigenous traditions of the region. The costumes are elaborate takes on Indian ceremonial wear — the men are bare-chested with feathered headdresses and skirts, the instruments are a reed flute and a kind of wooden bow and arrow that is rhythmically struck. The cacique or tribal chief is represented, as are the tribal mother and shamans.

The music that Recife is best known for is frevo. It was listed by UNESCO as part of the cultural heritage of humanity and this year the carnival is honoring the tradition. The word is thought to come from the Portuguese word frever, to boil — frevo, it is said, makes the blood boil. There are three types of frevo, but the most well-known is frevo da rua or "frevo of the street."

Played by a brass band, it found its roots in the Brazilian army marching bands of the late 19th century. The dance that goes with it is a form of capoeira, the Brazilian martial art. It's gymnastic and explosive. The dancers carry small umbrellas, a nod to the evolution of the dance.

The most commonly accepted version of the umbrella origin story is this: When the frevo parades first began, capoiera fighters would clear the way, carrying knives and getting into fights. That led to a crackdown by police, so instead of weapons, the fighters carried umbrellas to disguise what they were doing. These big black umbrellas were eventually replaced by the small, colorful ones used today. And the capoeira moves evolved into the frevo dance.

In Recife, all of these traditions that speak to the unique history of the city are on vibrant display.