Accessibility links
In The Arizona Wilds, Burro Murders Baffle Investigators Despite federal protections, slow-moving wild donkeys are being targeted, and the shooters are getting away with it. Originally gold miners' pack animals, burros are symbolic of the American West. 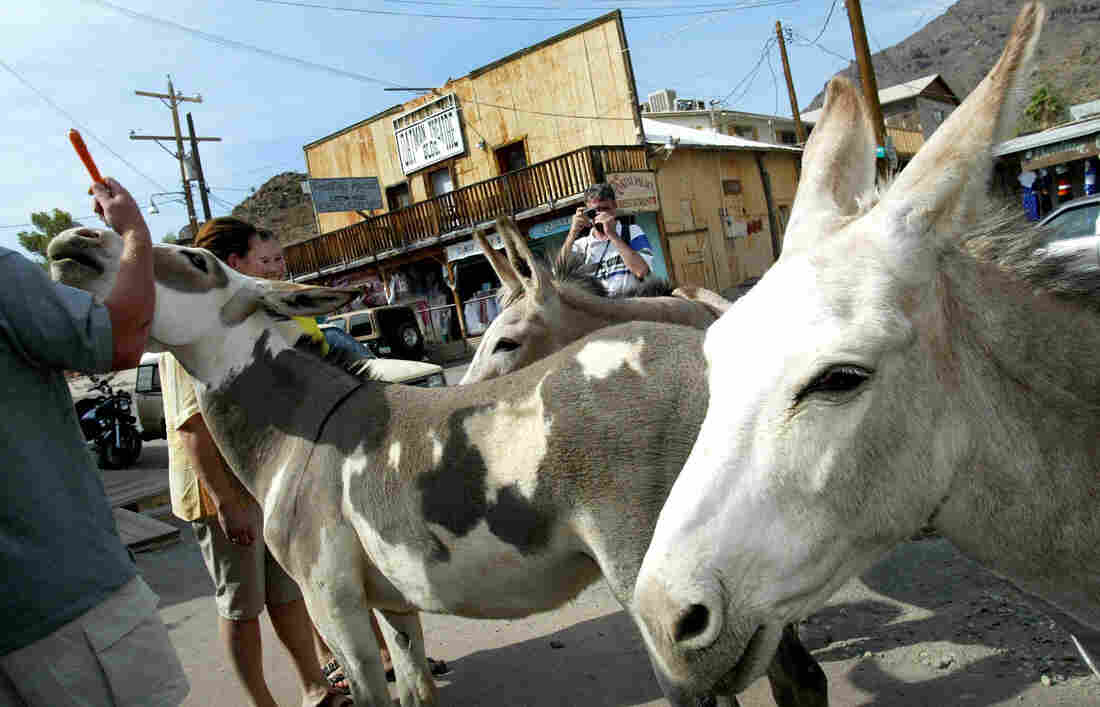 In Oatman, Ariz., burros are likely to nuzzle with tourists and are notoriously difficult to move out of harm's way. Robyn Beck/AFP/Getty Images hide caption 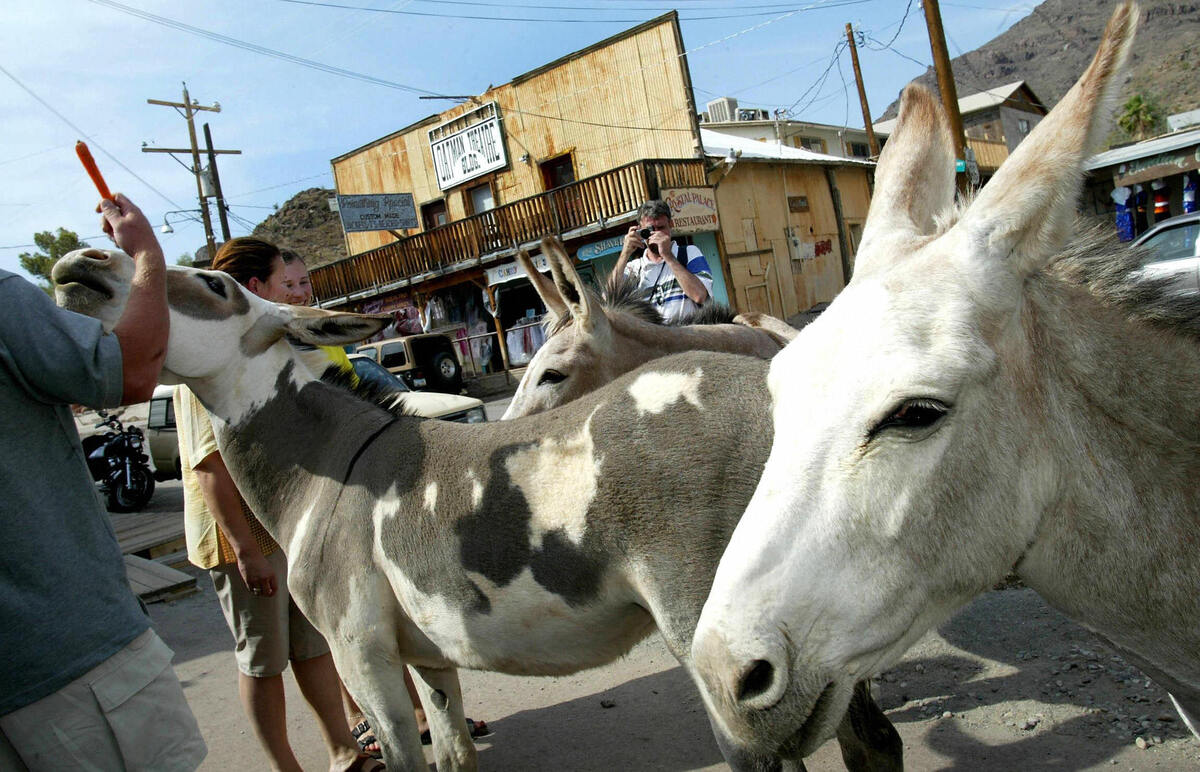 In Oatman, Ariz., burros are likely to nuzzle with tourists and are notoriously difficult to move out of harm's way.

In the desert outside of Phoenix, there have been 18 shootings in the last five years, a series of mysteries that has stumped federal investigators.

Let's be clear, we're talking about donkeys: specifically, wild burros, the federally protected asses of the Old West. In late January, out among the desert scrub and beavertail cactus, two from the Lake Pleasant herd were found dead.

"We consider that a murder scene," says Steve Bird, a burro specialist with the Bureau of Land Management.

Thirty-five miles northwest of Phoenix, the dirt road stops at a gate. This is where someone took aim, with skill. 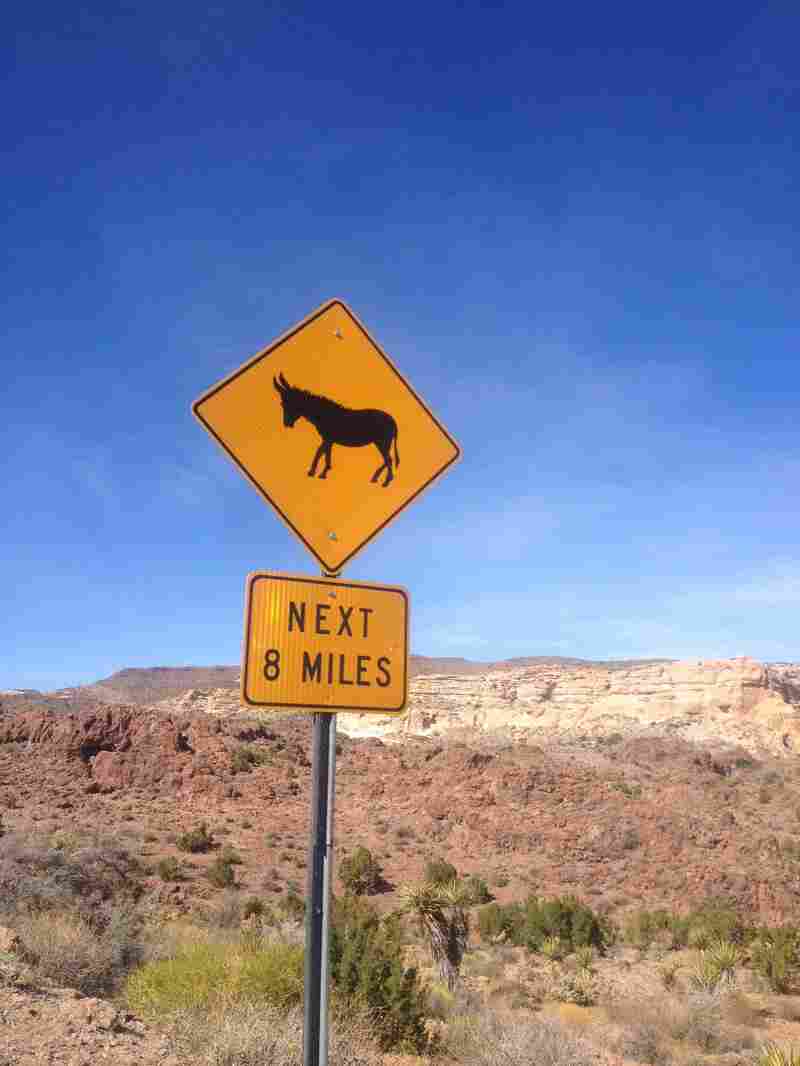 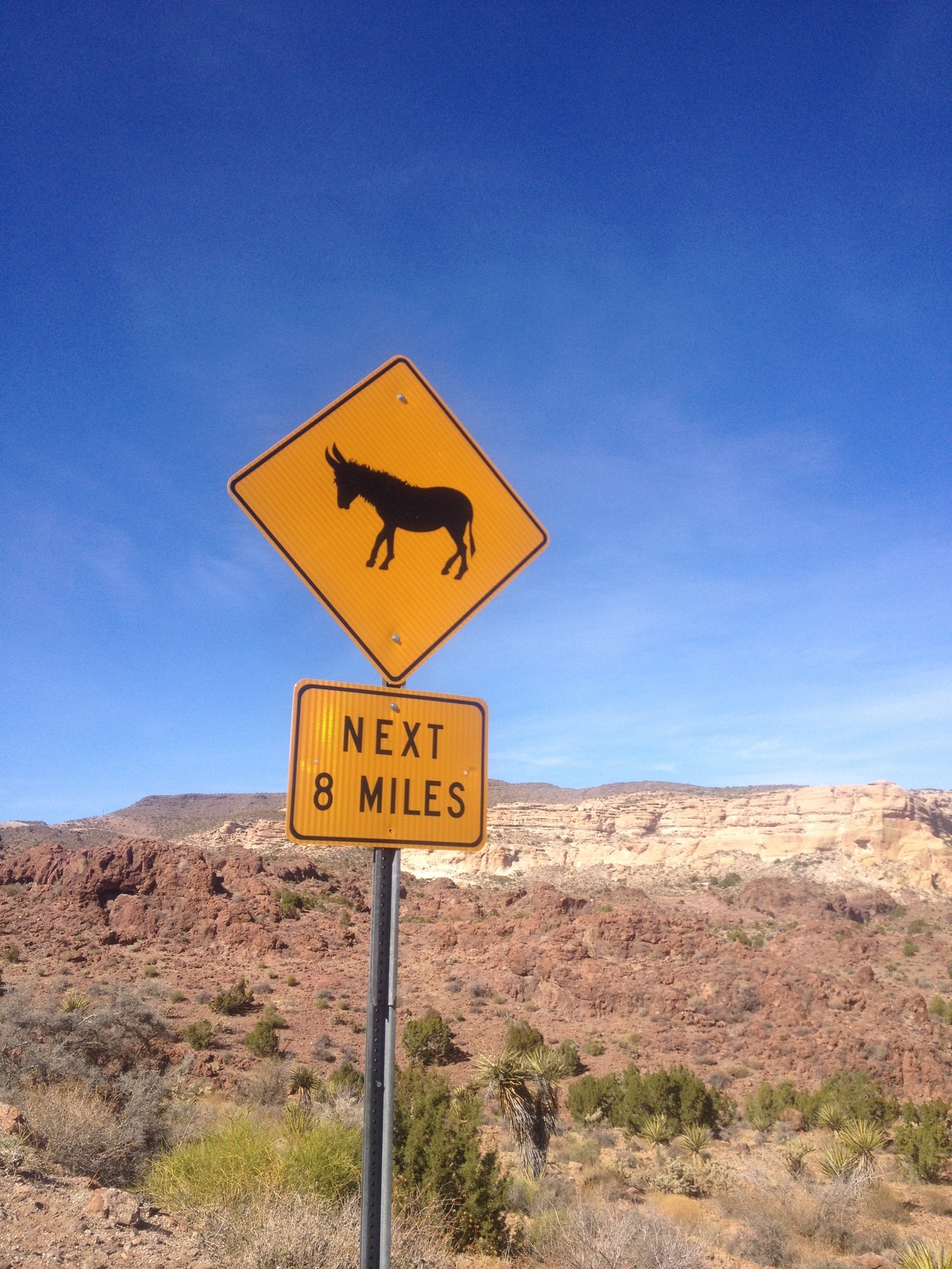 The Bureau of Land Management says about 3,600 wild burros live in Arizona.

"One bullet hole per animal, right set in the lungs," Bird says. "It was a good shot."

These burros descend from pack animals that gold miners abandoned more than a century ago. Today, the feral herd drinks from a desert lake each morning and then scrambles back into these hills in the afternoon.

In 2012, five burros were killed in one day. Eleven were shot in a single barrage back in 2009. The last time anyone got caught, Bill Clinton was president.

The shootings baffle investigators. People don't eat burro, and it doesn't look like anyone was harvesting the meat. The Bureau of Land Management believes the motive is nothing more than target shooting.

In Oatman, Ariz., the burros stick their noses into the tourists' outstretched hands. To nudge the stubbornly tame beasts from the road so that Oatman's staged gunfights can begin, town guides have learned to splash water in the animals' faces. Their passivity makes burros vulnerable.

"It doesn't even move," says Jim Quinn, who rents his home to tourists. "It just stands there and looks at you and then it's like a stationary target."

To Quinn, it's no surprise that people are shooting the animals near Phoenix. He says they do it up here, too.

"Once you're out there, there are no witnesses," he says. "You get people taking potshots."

Quinn points to the mountains around town, with remnants of the many gold mines. The burros are supposed to be protected by federal law because they are seen as symbolic of the American West.

"Without the burros, a lot of things couldn't have gotten done," Quinn says.

Whoever shot the burros near Phoenix faces a year in prison. For now, though, federal authorities don't have much to go on.