Accessibility links
Throw Me Something (Again), Mister: Mardi Gras Beads Revived When the parade is over, all those beads the crowd so eagerly called for seem to lose their shine. Rather than see the leftovers end up in a landfill, one New Orleans group collects and recycles them. 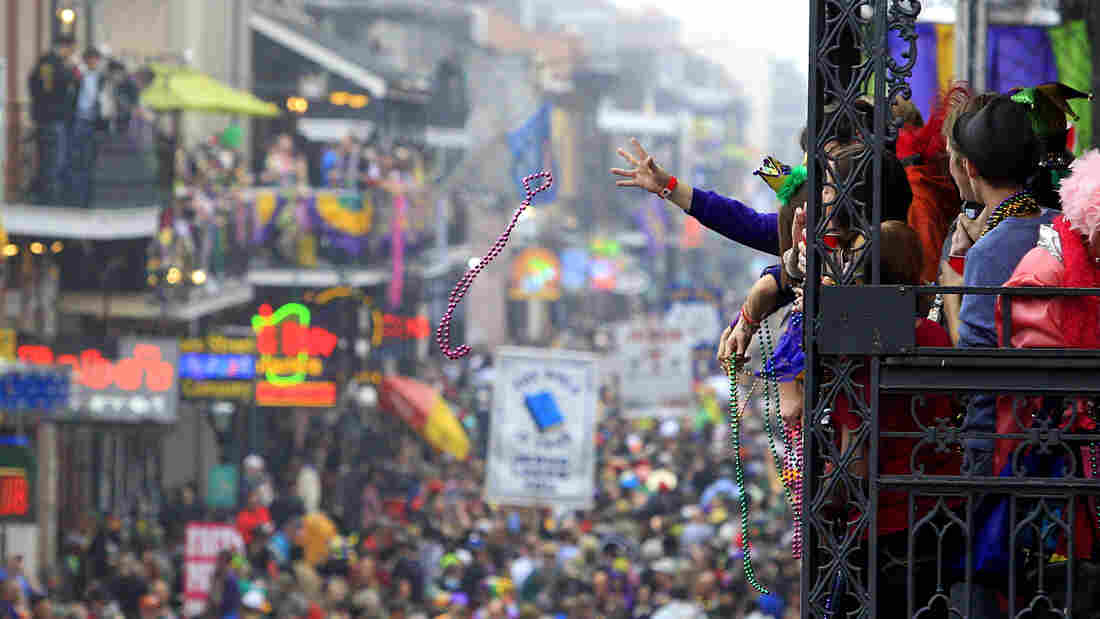 Beads are essential to celebrating Mardi Gras season in New Orleans, but what happens to the tokens when the revelry ends? Sean Garnder/Reuters/Landov hide caption 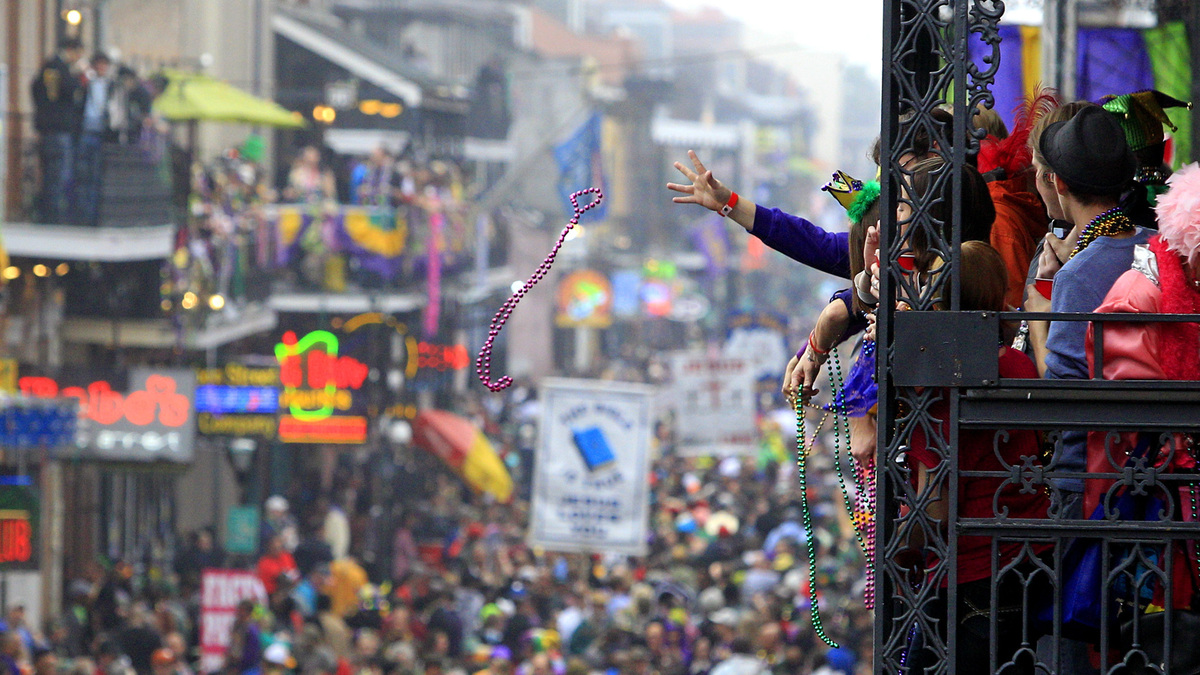 Beads are essential to celebrating Mardi Gras season in New Orleans, but what happens to the tokens when the revelry ends?

In Louisiana, Mardi Gras comes each year with dozens of parades filled with marching bands, colorful floats and parade-goers who scream, "Throw me something, Mister!"

That "something" the crowd wants are beads. The goal of any Mardi Gras parade is to catch as many as possible. After the revelry, people often have so many beads around their necks they can barely turn their heads.

The problem is that when it's over, well, you're left with a bunch of plastic beads. Everyone in Louisiana has their own way of coping with this. Some keep them in the attic; some give them to out-of-towners; others just throw them away.

But one organization in New Orleans has found a niche: It recycles and resells the beads. The beads have metallic paint and can't be melted down to be made into something else, but they can be reused for more parades. Arc, which advocates for people with developmental disabilities, recycled 120,000 pounds of Mardi Gras beads last year.

In the back of a nearly empty warehouse, recycling coordinator Margie Perez is completing a sale.

"We've sorted almost all of the beads that we've gotten donated, and so we have one box left," she says. "But if you were to come here in July, we would have rows and rows of boxes. At the height last year, I think we had 60 1,000-pound boxes." 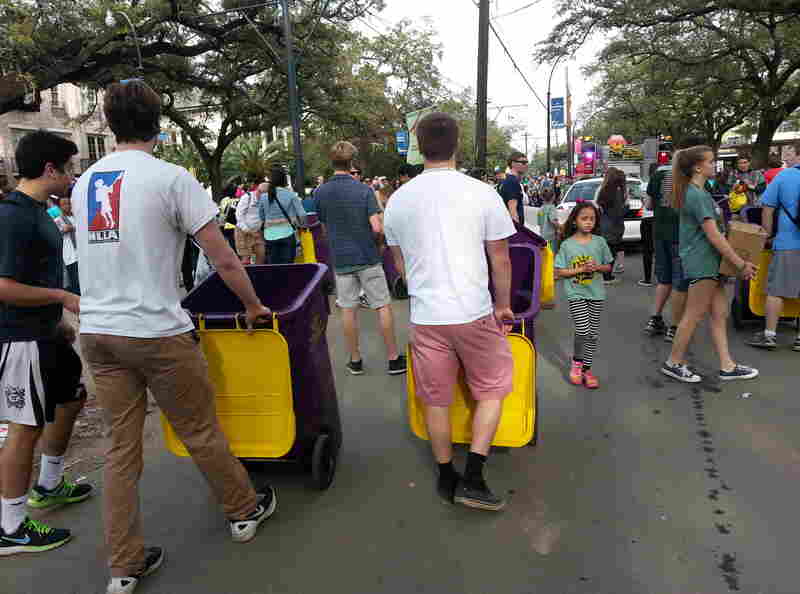 Since their supply is low, Perez is going on a hunt. The plan is to walk behind the next parade and encourage people to recycle their beads at the moment their value drops.

She's in a van with 14 empty purple bins, riding along the parade route. On foot, 40 Tulane University students in need of community service credits are assigned bins.

They shout to the crowd, urging them to give up their treasure. Once the beads are collected, it's back to Arc's warehouse, where they will be hand-sorted.

Then Arc will resell the beads at the average price of $1 per pound to people like Joseph Frost, who will throw them at later parades. For Frost, getting beads this way is much cheaper.

"If we'd have gotten our stuff through Orpheus, it probably would've been two grand for all those beads," he says.