Accessibility links
When A Lost 'Lunchbox' Leads To Love, A Mistake Becomes A Miracle When two lonely souls are connected through a misdelivered lunch box, they begin a romance by letters — and by food. Ritesh Batra, director of The Lunchbox, talks about his surprising love story. 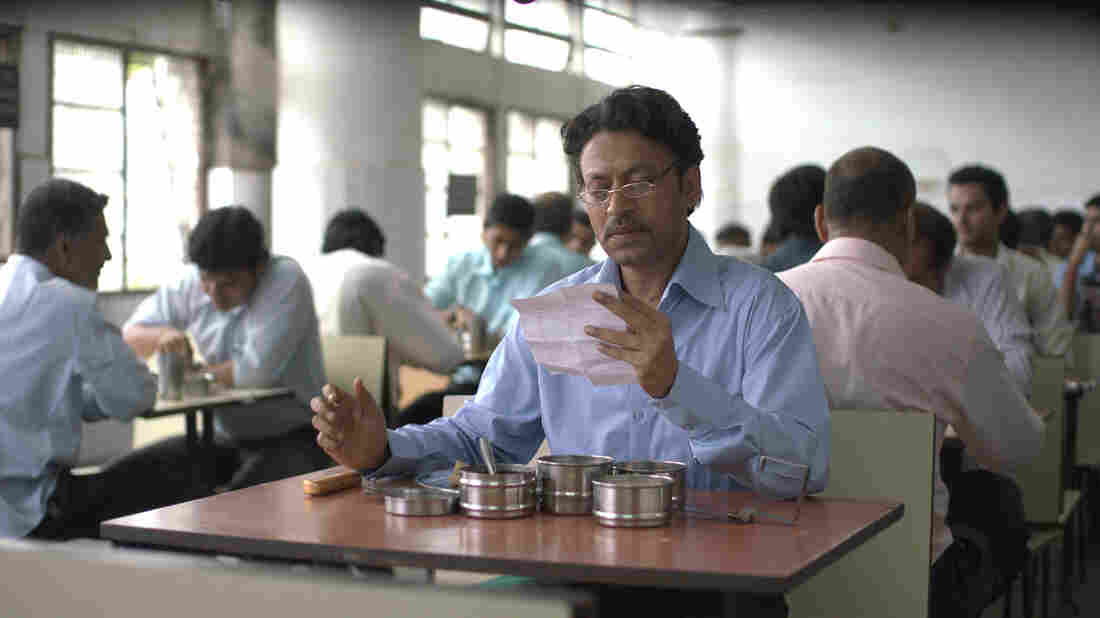 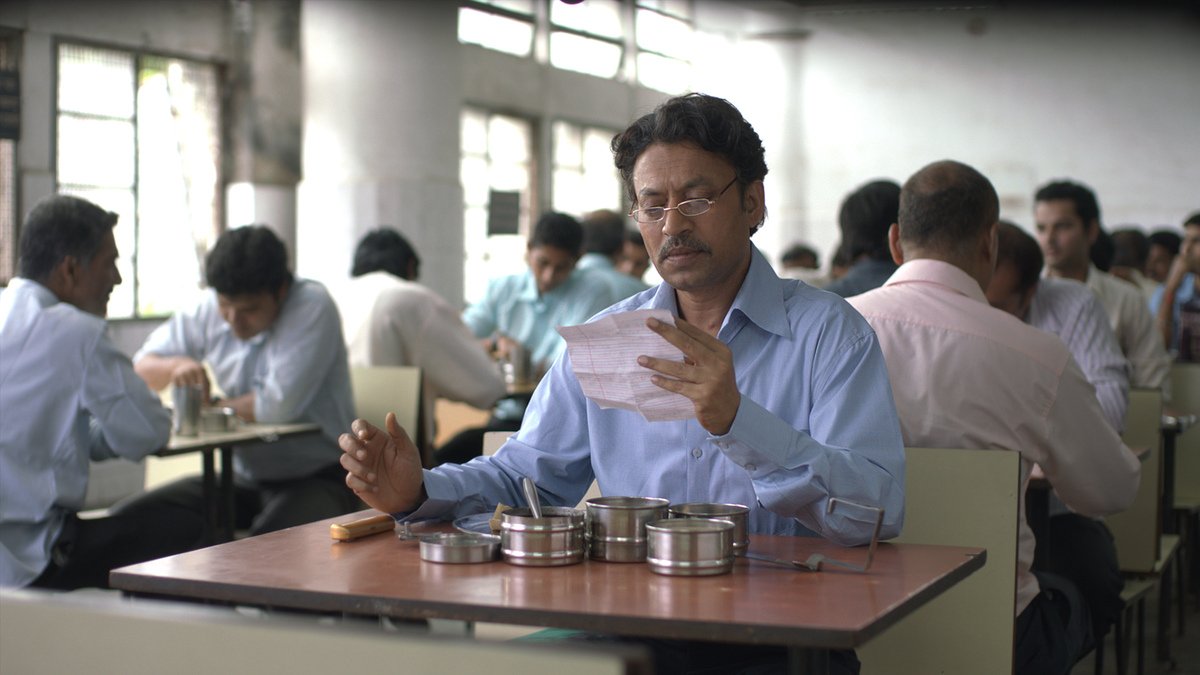 Saajan Fernandes (Irrfan Khan) is a widower whose correspondence comes in an unlikely package — a lunchbox.

How many ways are there to tell a love story? More than you may think — especially in Mumbai, India, a city of millions. The Lunchbox, written and directed by Ritesh Batra, is one such story — a love that blossoms from a mistaken food delivery.

In the film, a young housewife sends a lunchbox out to her husband every day using a dabawallah, one of India's reliable lunchbox deliverymen. One day, that lunchbox goes to the wrong man, a widower played by Irrfan Khan. Over time, they begin pouring out their souls through letters in the lunchbox. In this relationship, physically distant yet romantically intimate, even the food itself conveys emotion.

Batra speaks with NPR's Arun Rath about what's peculiar — and universal — in his romance by lost lunch. "To me," Batra says, "it was always a story of these two lonely souls sifting through the baggage of their lives through this connection of the misdelivered lunchbox."

There are actually 5,000 lunchbox deliverymen, and they deliver hot meals from the housewives at home to their husbands in the offices. They use only public transport, and bicycles and wheelbarrows and trains and buses. And they work in groups. Along the way, the lunchbox changes hands many times from one group to another, till it reaches its destination. Back in the day, a lot of them used to be illiterate, so they have devised this coding system of numbers, letters and colors that they all can decipher.

The dabbawalas — the lunchbox deliverymen — of Bombay were intimately involved with us in the making of the film. People always ask: 'They have such an extraordinary success rate, so weren't they mad that you were making the film about that one mistake?'

But in the film, you know, we never explain the mistake. And I always told them that if something is happening one out of six million times, it's a miracle not a mistake. So, the movie is really about the miracle.

It was always such an integral part of the script that these two people would get closer together but never meet physically in the film ... When you have a relationship with people you've never seen — as people often do on the Internet — there's a sort of flight of fancy happening inside both the characters, because they are imagining what this other person looks like and what they would say to them when they would meet. They each had their own secret story that I didn't want to know.

On what inspired him to make the movie

I grew up in Bombay, but I moved to the States when I was 18 to study. When I was growing up, my mom would send my dad a lunchbox, but I didn't think it was unique or special or interesting. When you leave and you go back, you see things that you didn't see before.

Initially, I wanted to make a documentary about [the delivery men], so I embedded myself with them for a couple of weeks. We became friends, and they started telling me these little germs of stories — like so-and-so housewife, she takes too long or tries something new every day. I just became more interested in all of those stories. I quit the documentary; I abandoned it and started writing this.

On how well the film has been received in India

It's been a really pleasant surprise, actually, because when we were making the film, we thought it's an Indian story, of course, but with universal themes so it can travel. We never thought it would do well in India, because it doesn't have songs. But India always surprises you.