Accessibility links
Corruption Blurs The Lines Of China's Mistress Culture An anti-vice crackdown in China has targeted mistresses and sex workers as part of a social problem, but mistresses have been an open secret in China for years. 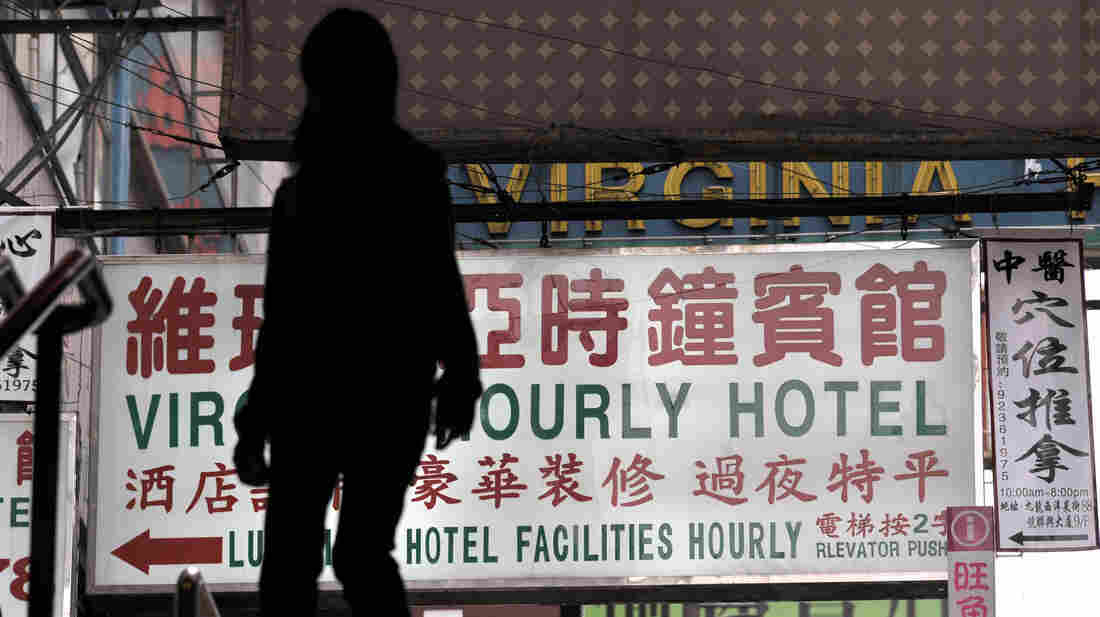 A passerby walks past a sign for an "hourly hotel" in a popular shopping district in Hong Kong. An recent anti-vice crackdown in China has targeted mistresses and sex workers as part of a social problem. Antony Dickson /AFP/Getty Images hide caption 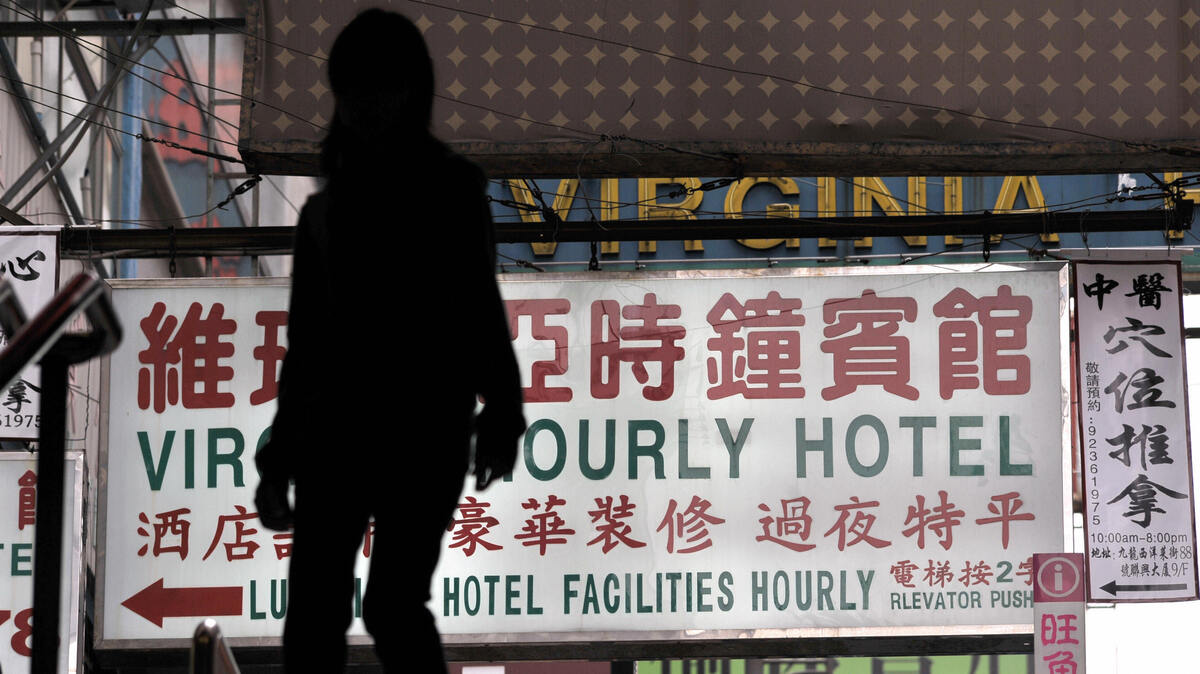 A passerby walks past a sign for an "hourly hotel" in a popular shopping district in Hong Kong. An recent anti-vice crackdown in China has targeted mistresses and sex workers as part of a social problem.

China's leader Xi Jinping has made a crackdown on corruption a centerpiece of his administration. He's vowed to root out corruption from the bottom to the top, or to use his expression, to "go after the tigers as well as the flies."

When it comes to corrupt, high-ranking officials, there's a reliable source for tips: scorned mistresses. Some have even taken to shaming their lovers on social media, and the scandals have made international headlines.

Young women who are mistresses in China are professionals, and some get a very handsome salary for what they do. According to reporter James Palmer, if high-rolling businessmen and government officials don't have a mistress, they don't get respect.

Palmer lives in Beijing and has written about mistress culture in China. He says it's like the mafia culture portrayed in the movie Goodfellas: Saturday nights are for wives, but Friday nights are for mistresses.

"You have events for your wives, but you also have these events where you're expected to bring a woman," Palmer tells NPR's Arun Rath. "And if you don't bring a woman, you're seen as not being a real man."

Palmer says what often begins as a commercial-sexual relationship transitions into what the men see as an emotional one. The women, he says, see it as purely business, but sometimes it takes on emotional meaning for them too.

Palmer says that in some ways this mistress culture is just mirroring traditional Chinese habits, which he says has a history of men having multiple wives.

"[But also] when you get powerful men in a patriarchal society, they're going set up women of their own," he says.

Anthropologist Tiantian Zheng knows first-hand what women go through to become mistresses. She spent two years studying sex workers in China and wrote the book Red Lights: The Lives of Sex Workers in Post-Socialist China. To gain their trust, she herself worked as a hostess in karaoke bars, which in this context are essentially brothels. Zheng didn't offer sexual services to clients, but the other hostesses did.

"In the [hostess] world, being a mistress is one step up," Zheng says. "It is a dream ... to be kept as mistresses or to marry the clients, eventually."

Zheng says hostesses will do everything from singing romantic songs and lavishing all sorts of attention on the client to achieve an immediate intimacy that keeps them coming back. She says it is very common that the regular clients would propose keeping them as mistresses.

Zheng says that for these women, being a hostess was a way out of the bottom rung of society. And becoming a mistress is a ticket to the top.

"Usually the clients [are] responsible for all of the [mistress'] living expenses, entertainment fees and amenities," she says. "Plus a handsome monthly amount which the woman could put in her own bank account."

Mistresses can make a lot of money, Zheng says. She has encountered mistresses who owned businesses, multiple homes and various investments. But it's still sex work, and women working in karaoke bars have to deal with police raids, gangsters, abusive clients and the daily threat of assault.

Zheng says the hostesses in karaoke bars come from rural areas, where life is rough to begin with.

"These are rural women; they [come] from the countryside to the city looking for jobs because of the intolerable poverty in the rural areas," she says. "That [poverty] was engendered by decades of biased government policies against rural people."

The policy Zheng is talking about is the household registration system. It basically makes rural migrants into second-class citizens in the city. Without urban resident permits, she says, rural migrants are denied benefits like health care, subsidized housing and even employment.

"The women I studied with, they had to pay monthly fees just to be able to reside in the city temporarily and legally," she says.

Zheng warns that it's easy to think of the hostess and mistress culture in pure black-and-white terms. She says it is somewhere between the two; not pure empowerment, and not pure victimization or exploitation.

"For the women, in their previous life as domestic workers or waitresses, men can use their body freely and rape them," she says. "But sex work [gives] the women power. [Men] have to pay just to see them, just to look at them, just to sit next to them; that's a lot of power."

Public scandals involving mistresses have made for bad press, and reporter Palmer says some in power are trying to portray mistress culture as a cause of corruption, rather than a symptom.

Palmer says that view hasn't quite taken hold, however, and that the public does appear to understand that it is a distraction and that the officials are the ones who are powering the mistress economy in the first place.

But Palmer is quick to point out the anti-prostitution crackdown has focused on poor and seedy red light districts — the street working prostitutes — not the higher class karaoke hostesses or mistresses living in luxury apartments.