Accessibility links
Oh, Donna: On Loving One Of Television's Great Women We set aside a moment to recognize the greatness of Donna Meagle, the most Mercedes-loving employee of the Pawnee Parks and Recreation department.

Oh, Donna: On Loving One Of Television's Great Women

Oh, Donna: On Loving One Of Television's Great Women 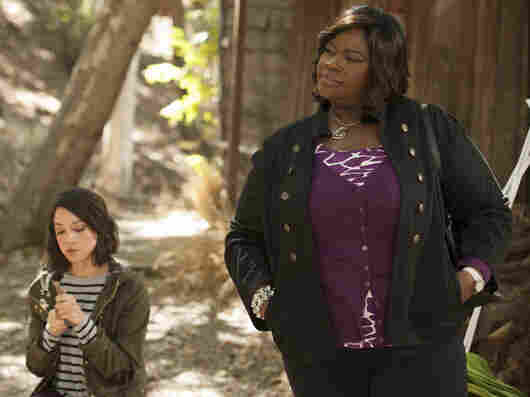 Donna Meagle (Retta), seen with April Ludgate (Aubrey Plaza), is not a lady whose Mercedes you want to bump in a parking lot. Colleen Hayes/NBC hide caption

Parks And Recreation features one of the most impeccable collections of characters ever assembled for one comedy. To a person, they are funny, human, beautifully realized, individual, and — perhaps most important — lovingly rendered.

But as much as I love everyone on that show, I will admit that I have a favorite, particularly when it comes to the characters on this particular show who are missing from practically every other show, and that's Donna Meagle, played by Retta.

Donna loves many things. She loves her Mercedes, she loves her ... well, she loves her Mercedes the most, let's just be honest. Okay, maybe her friends and then her Mercedes. Her friends, her Mercedes, her robust dating life, Twilight, live-tweeting Game Of Thrones ... she is a woman of many passions. In fact, one of the show's favorite running jokes is Donna's constant revelations regarding various men she's known or still knows, places she goes in her free time, and money she has squirreled away. The very vastness and lushness of Donna's outside-the-office life has become its own source of comedy, not because she's played as a crazy spendthrift or a flake, but because she's played as knowing vastly more than you do about vastly more things. Oh, the things you have not done that Donna has done.

Her personal holiday is "Treat Yo Self Day," which she celebrates with her friend Tom (Aziz Ansari). They enjoy, among other things, fragrances, mimosas and, as Donna intones in her appropriately suede-textured voice, "fine leather goods." (This happens in the Season 4 "Pawnee Rangers" episode, which I invite you to stream on Netflix right now, if you like.) Donna likes her acupuncture ("needles in your face, pleasure in your base"), her massages, and her "Treat Yo Self" cupcakes.

But, in keeping with the way Parks And Rec ultimately views the universe, there is a profound kindness at her core. She took time, after all, out of Treat Yo Self Day to rescue poor Ben, the friend she found, as she put it, eating soup on a bench. She sang at Leslie and Ben's wedding, she tries to help her friends date less unsuccessfully, and she has even found a way to make peace with April Ludgate, the young staffer who's now Donna's supervisor who, last week, resorted to posting negative reviews of Donna on Yelp, so frustrated was she at the latter's failure to reliably be at work. ("Why lie? I'm shopping. Back in an hour," said the note Donna left at her desk.)

Donna also happens to be one of the relatively few fully developed plus-sized characters on television, as well as one of the relatively few women of color. This is not what her life as a character, however, is about; it is not how the show went about defining her. Those things are certainly intrinsic to who she is, but they aren't why she's there, and nobody would ever tell you that without them, you wouldn't know who Donna was.

You could, in theory, have this same rapacious appetite for luxury, this same sprawling secret life and past, and this same mixture of calm exasperation and knowing gentleness in a skinny lady or a white lady or a man, and there would still be plenty of reasons, both story reasons and comedy reasons, for the character to exist. That doesn't mean these factors don't inform her; it means they don't make up the whole of her identity, and they don't have to be explored as a source of her being a pained person. Donna is probably one of the most satisfied people on the show when it comes to her life and how it's going. I mean ... it's going pretty well, it seems.

There is an unfortunate tendency to congratulate portrayals of underrepresented populations primarily for their "compassionate" tellings of how miserable and hard it can be to be a member of an underrepresented group. And there is something to be said, certainly, for a piece of work that sheds light on what an unhappy thing any kind of difference can sometimes be. 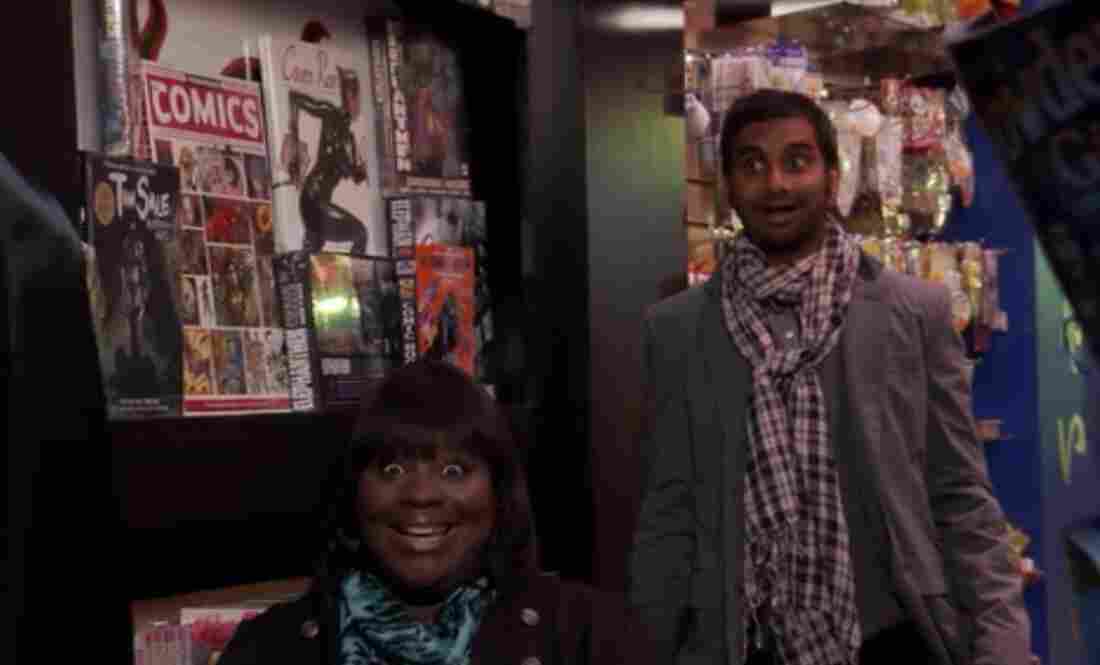 This screenshot of Donna and Tom, when Ben bought himself a Batman costume on "Treat Yo Self" day, could be your treat to yo self as well. hide caption

But what's missing from so much of TV and movies is not just more sad special-episode stories about the misery of coexisting with other people's discriminatory and obnoxious attitudes or the pain those attitudes cause. It's more stories about more different kinds of people who are there for the same reasons as everybody else: to tell a story and, in a comedy, to be funny. That's why Donna's on the show. Donna's on the show because she's hilarious; Retta plays Donna because Retta is hilarious (and warm and funny, and if you don't follow her on Twitter, you are missing one of the absolute greatest things Twitter has to offer). She can seem like a sex bomb or a goofball depending on the story, which is the kind of versatility you want from a comic and the kind of skill you need from an actor.

Donna is an especially special character from a structural perspective as you look at the whole of television, because she's so unusual in some of these ways. But within the show, I don't really think about it (which is why I've never written about it). Within the show, she's just Donna, and she's hilarious and unpredictable and lovely, and she pulls faces like nobody else on the planet pulls faces. I would watch an entire show that's just about what she does on weekends. Weekends With Donna. In fact: green light that, would you, NBC?