Accessibility links
A Lifelong Radio Man Wins New Fans With 'Big Broadcast' Ed Walker fell in love with radio as a kid in the 1930s. Today, as the host of WAMU 88.5's beloved Sunday night show, he introduces a new generation to classic programs from the golden age of radio. 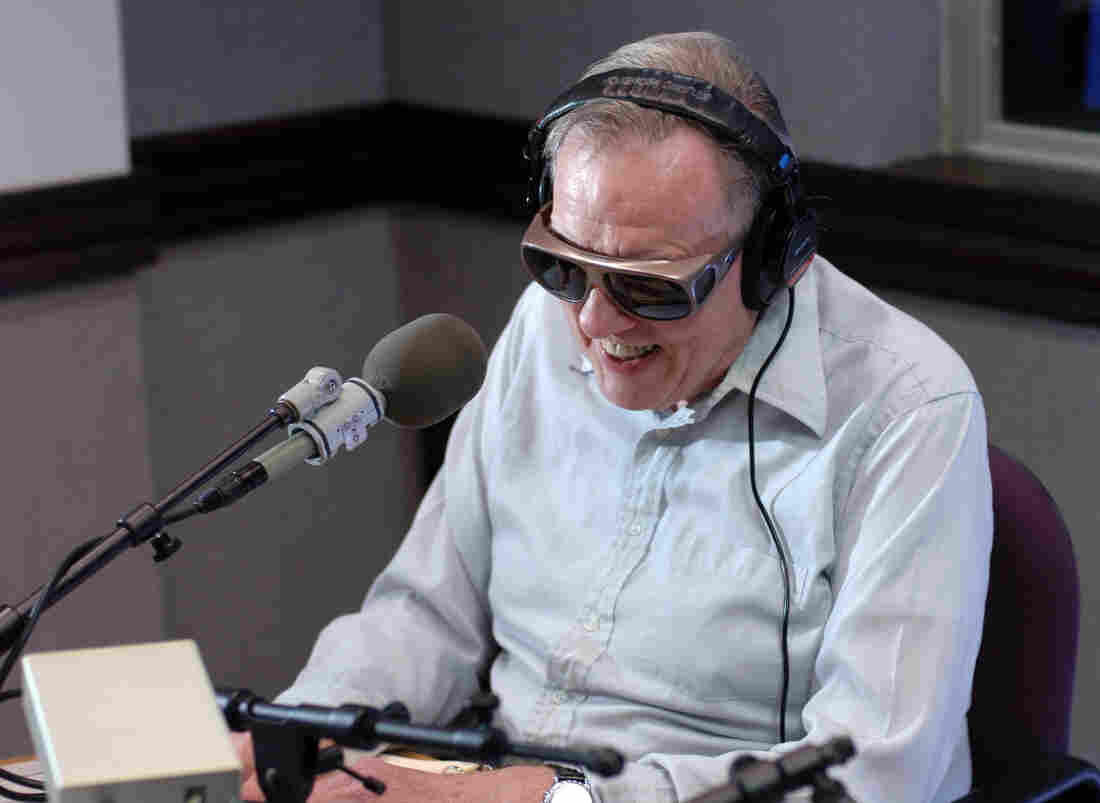 Ed Walker has hosted WAMU 88.5's Big Broadcast, a popular show featuring rebroadcasts of vintage radio dramas, for more than two decades. But that's only the most recent phase of his long career behind the microphone, which earned him a spot in the Radio Hall of Fame in 2009. Jeff Watts/WAMU 88.5 hide caption 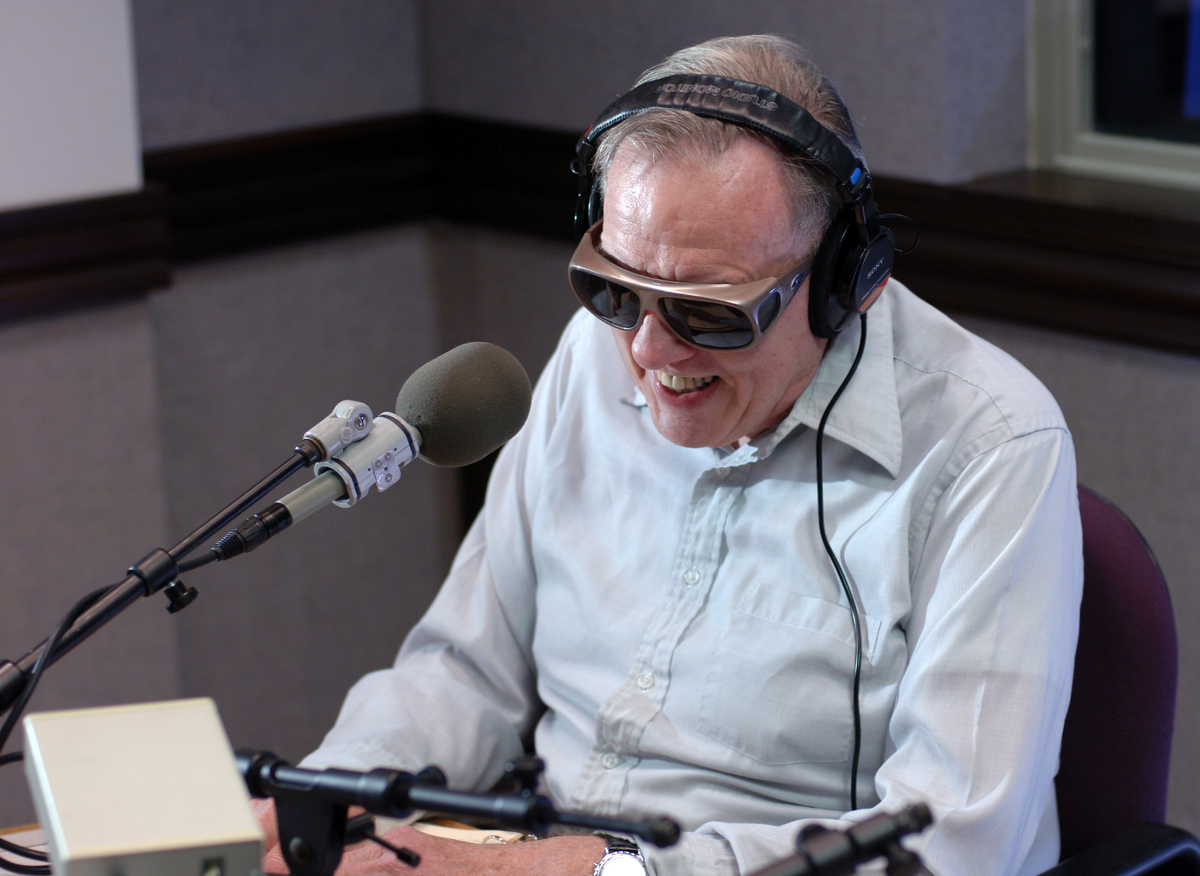 Ed Walker has hosted WAMU 88.5's Big Broadcast, a popular show featuring rebroadcasts of vintage radio dramas, for more than two decades. But that's only the most recent phase of his long career behind the microphone, which earned him a spot in the Radio Hall of Fame in 2009.

Every Sunday night, the Washington, D.C. member station WAMU takes a trip into the past. Music swells and guns blaze as dramas from the golden age of radio hit the airwaves again, on the beloved program The Big Broadcast.

Ed Walker hosts the four-hour show, which has been a mainstay on WAMU's air for decades. He usually starts off with the adventures of Johnny Dollar — the man with the action-packed expense account — before treating listeners to Dragnet and Gunsmoke. 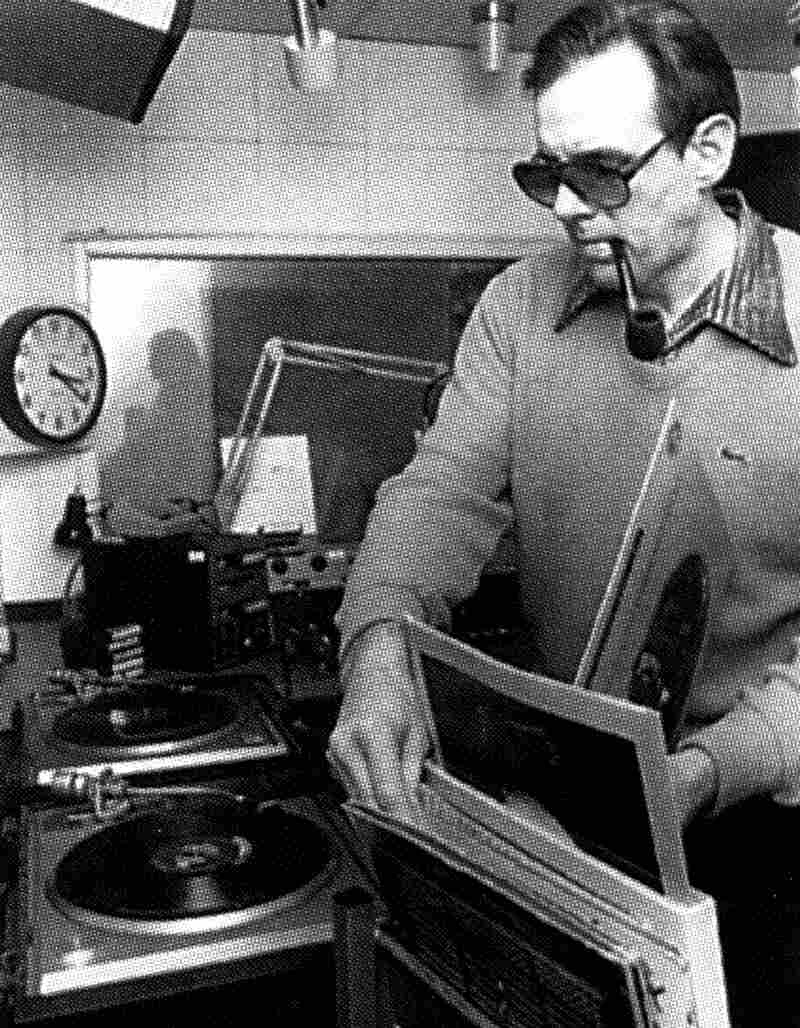 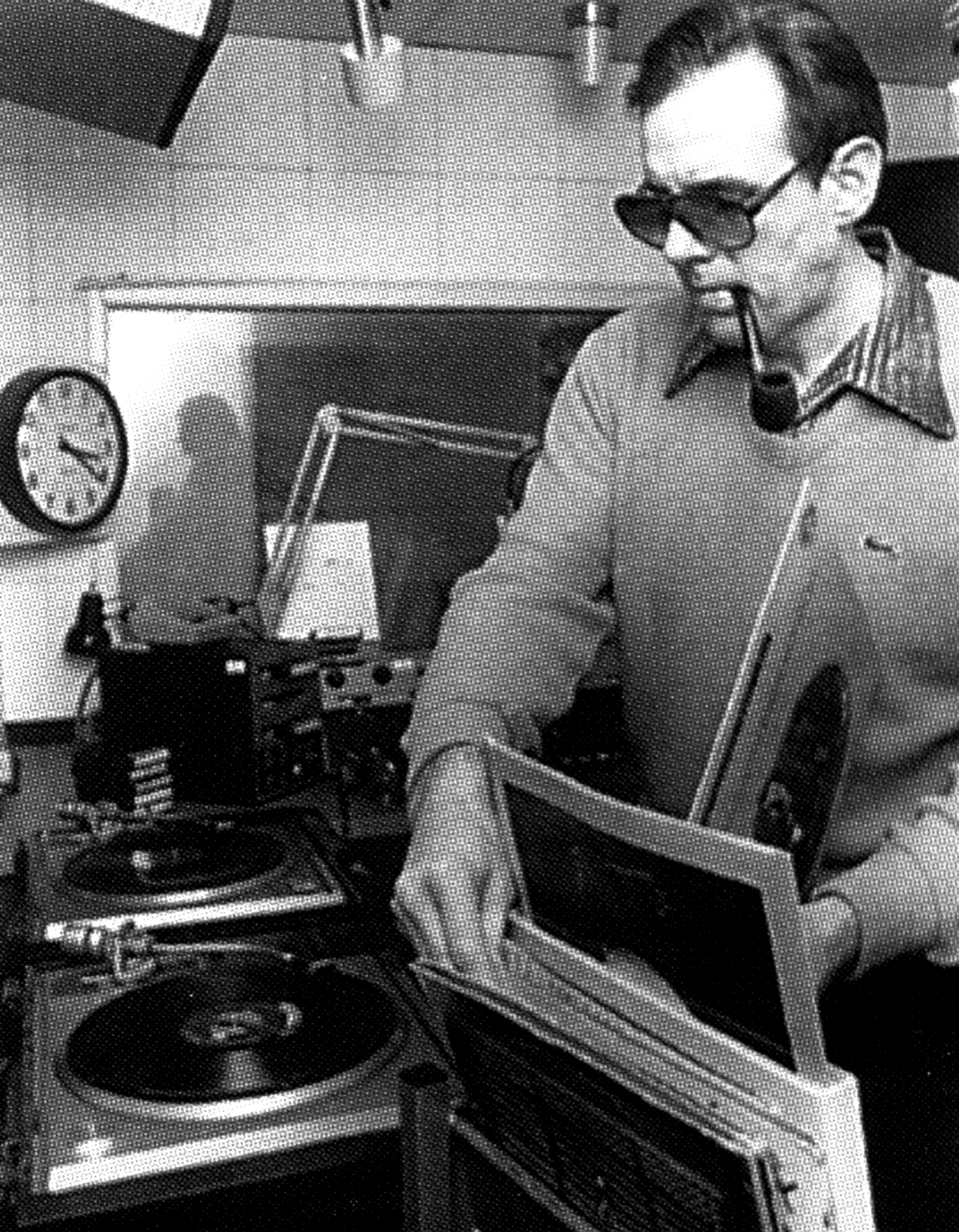 Walker, shown here in 1980, started his radio career by helping to launch American University's student station, WAMU AM — which went on to become WAMU 88.5.

The show ranks first in its timeslot, and its audience is remarkably young for a public radio crowd. "I get a lot of requests, believe it or not, from children — from kids," Walker tells NPR's Audie Cornish. "They have television, but I've gotten emails that say, 'We don't even turn the television on on Sunday night.' And they love it, because with the good sound effects and everything like that, it is — somebody referred to radio as the theater of the mind, which it is."

Walker, who is 81 years old, was born blind, and his close connection to radio started when he was very young. "Radio was everything to me, not being able to see," he says. "The sound on radio was important. Radio took the place of comic books and newspapers and the funnies and all that stuff. So I grew up with it."

Walker would fall asleep to the sound of Bob Hope on his radio — a pattern he sees echoed today. "Some of the kids that send me emails say, 'We listen, we put our transistor radio under the pillow and listen to the show until we got to sleep,' " Walker says with a chuckle. "What's old is new again."

When he was a kid, Walker even had his own radio show. "I used to go down the street to the houses, knock on the door and say, 'I'm going on the air in about a half hour,' " Walker says. "The kids never took much of it. But it held me in good stead when I went to [American University]."

At college, Walker wanted to study broadcasting, but his tuition was to be paid for by a vocational rehabilitation service. And they didn't think a blind man could work in radio. He visited lots of campuses with radio stations and heard the same thing: "You can't do that, you can't do that." 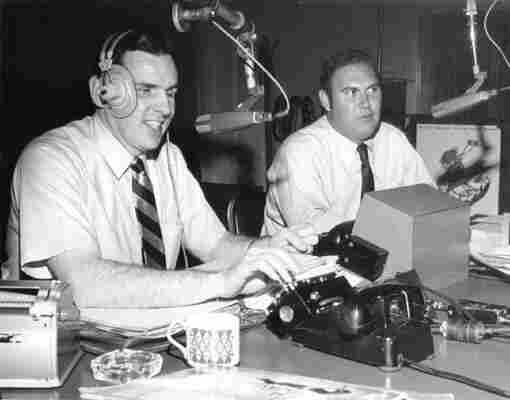 From 1952 to 1974, the "Joy Boys" — Walker (left) and Willard Scott — provided D.C. radio listeners with a daily dose of comedy. Scott went on to work in TV, where he can still be seen on The Today Show; Walker stuck with radio. Publicity photos from the WRC Graphics Department/TheJoyBoys.Com hide caption 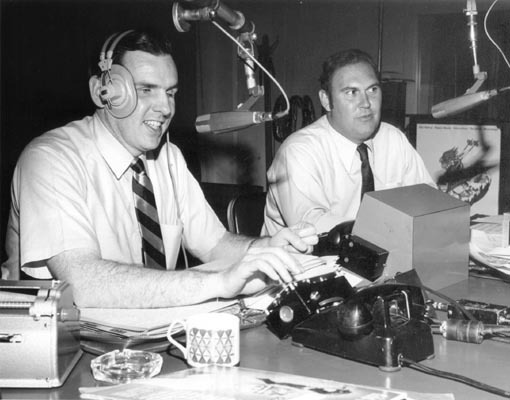 From 1952 to 1974, the "Joy Boys" — Walker (left) and Willard Scott — provided D.C. radio listeners with a daily dose of comedy. Scott went on to work in TV, where he can still be seen on The Today Show; Walker stuck with radio.

That just made Walker more determined, and soon he struck a compromise: "Rehab said, we will sponsor you for your college tuition if you're agree to major in sociology and then you can become a social worker. And I said, 'Nothing against social workers, but I don't want to do that.' And they said, 'Well, if you can prove to us in your first two years there's a future for you in broadcasting we'll let you change your major.' So I did.

"The first year I got started with a couple other guys at the campus radio station which now is WAMU [88.5] FM. I'm proud of that fact," Walker says." And it kinda holds you, when you know, when I was in college, being heard on the campus station made it easier to get dates, for example. So, it's true, I mean, that opened a lot of doors for me."

At AU, Walker met a man who would become a longtime friend, both on the air and off: Willard Scott. Before The Today Show introduced him to the country as an avuncular weatherman and birthday-celebrator, Scott was a radio man in Washington.

In 1952, he and Walker teamed up for a music and comedy program, The Joy Boys. They were on the air for more than two decades, and for many of those years, their evening show was appointment listening.

In one of these clips, Walker explains how he read the newscast without braille. In another, you can see the secrets (and mishaps) behind the live sound effects.

But as television overtook radio, the Joy Boys' star faded. The program ended in 1974.

After years of hosting various local programs, Walker took over The Big Broadcast in 1990.

On Tuesdays, when the show records, he reports to the studio with a handful of scripts he types at home on a Braille typewriter. But it's clear he doesn't really need them: he's a one-man radio archive. "I guess I was born in nostalgia," Walker says.

And here's the key to Ed Walker, and the reason he and The Big Broadcast have earned such a loyal following: He clearly loves what he's doing. And it's contagious.

After beginning each broadcast with a quick run through the night's schedule, Walker pauses for his signature welcome. It's a soothing message for the audience — and for Walker, too.

If you have anything that's bothering you in the coming week, don't worry about it now. Or any problems that you had in the week just past — forget them too. This is our time in the week — right now. The island between last week and the coming week. So settle back, relax, get yourself a cup of coffee or whatever you want, and get ready to enjoy The Big Broadcast.

It's radio as refuge, every Sunday night: an island of calm with Ed Walker.

The Big Broadcast on WAMU 88.5