Accessibility links
Sen. Rand Paul To Address Annual CPAC Meeting Everyone at the Conservative Political Action Conference assumes Rand Paul is running for president. He's a top contender, but is the GOP ready for his non-interventionist foreign policy views? 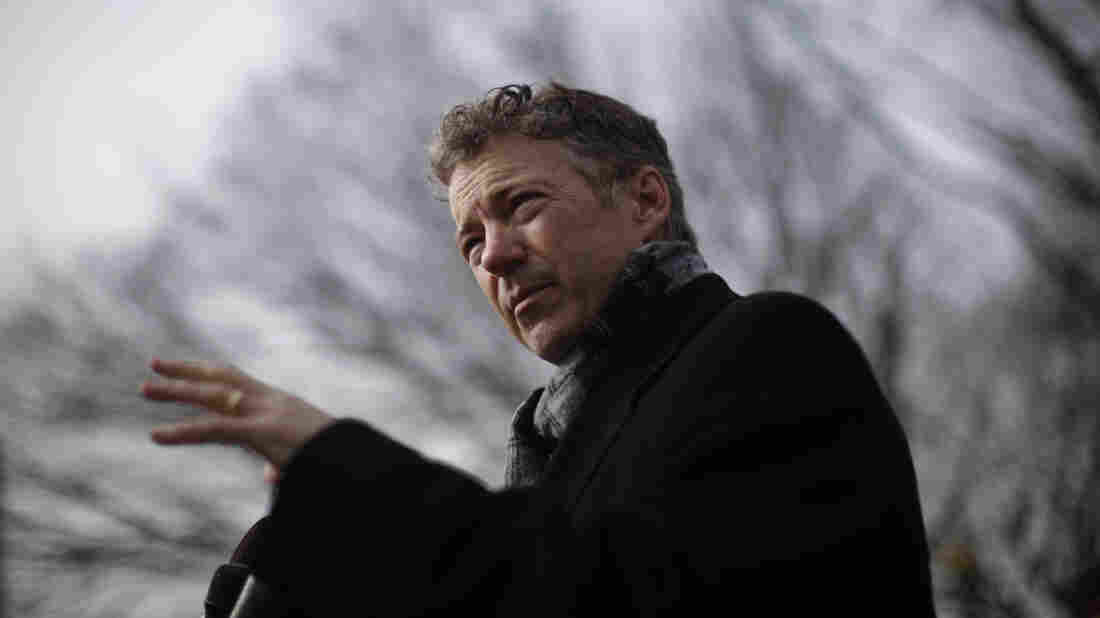 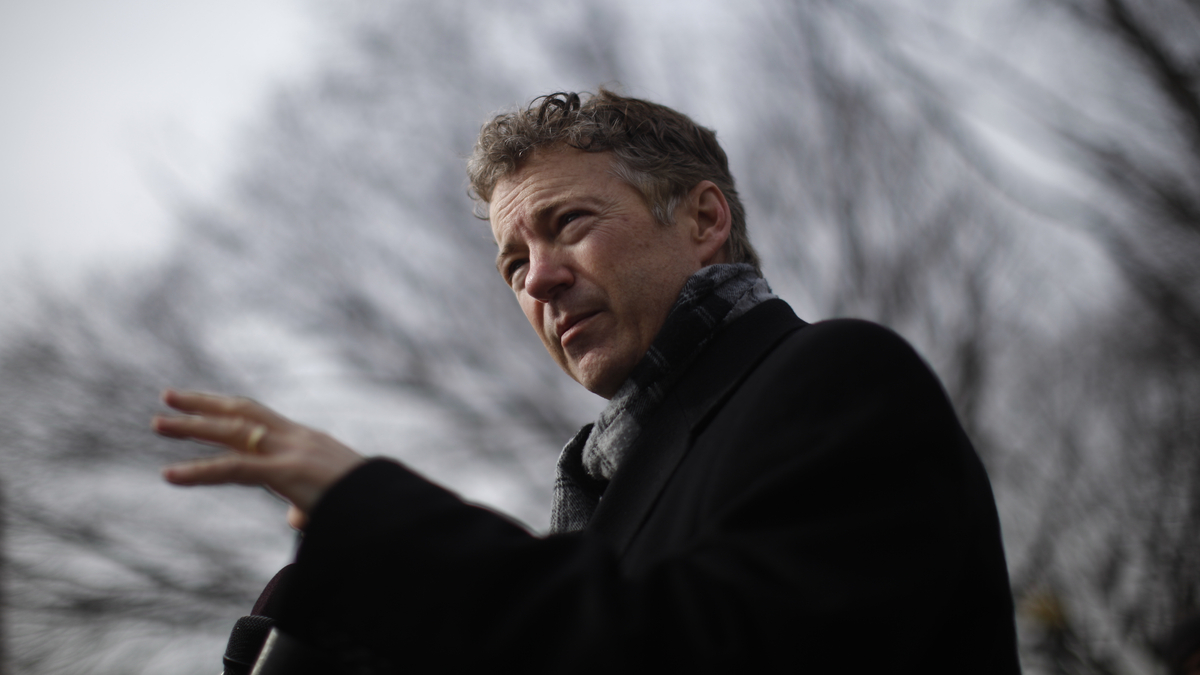 Sen. Rand Paul, R-Ky., speaks to reporters in front of federal court in Washington on Feb. 12.

It is one of those primary tenets of the Republican party: a strong, robust, well-funded military and the willingness to deploy it are a critical part of national security.

But Sen. Rand Paul of Kentucky, who speaks to activists at the annual Conservative Political Action Conference (CPAC) Thursday, has long felt it's time to re-examine that approach.

In less than four years in the Senate, Paul has emerged as a prominent new face of the GOP and a contender for the 2016 presidential nomination. But his libertarian philosophy sets him apart from the rest of the field.

It's still unclear how GOP voters will respond to Paul's views on foreign policy and his belief that the US has been far too quick to exert its military influence through force.

"People sometimes ask me what is my worldview? My response is that, you know, even if you've crisscrossed the globe, even if you've been everywhere, I'm just not sure that the world doesn't change by the time you return to the same spot twice. I am a believer that foreign policy must be viewed by events as they present themselves, not as we wish them to be," Paul said, in a speech earlier this year at the Center for the National Interest.

"I believe the answers to most problems that confront us around the world can and should be approached by engaging, both friend and foe. You know, I'm not naive enough to say that dialogue is always gonna work," he said.

To hear a member of the Paul family challenge conventional GOP thinking on foreign policy is hardly new. His father, former Congressman Ron Paul, sought the Republican nomination in 2008 and again in 2012.

In an interview with New Hampshire TV station WMUR during the last campaign, Ron Paul was asked about bringing U.S. troops home.

"Bin Laden is dead. Al Qaeda — even our CIA says is basically not in Afghanistan anymore. The most recent report from the CIA says that there is no evidence that the Iranians are building a nuclear bomb. We don't need all this. I think we should just come home," he said.

Though Rand Paul is more nuanced than his father, he has still inherited his father's following of libertarian Republicans and others, especially young people.

"This is the most libertarian generation that has ever existed. I honestly believe most young people are libertarian. They're socially tolerant, they're fiscally responsible, and they're, in general, non-interventionist on foreign policy," said Andrew McCobin, who heads a national group called Students for Liberty.

To get a sense of what Senator Paul and those in the party who are pushing for a more non-interventionist future will encounter during the coming presidential campaign, look to former U.N. ambassador John Bolton, who spoke at CPAC yesterday.

"Yet there are those, even within our movement, who say that America will be safe enough if we do little to nothing. Let's call this what it is. It's the resurgence of isolationism," Bolton said.

But Al Cross, a Kentucky political analyst, says Paul is tapping into a war weariness on the part of the public.

"I think he's trying to pull the establishment more in the direction of the voter, just frankly. I think voters have become very suspect, skeptical of international involvements.

Cross says foreign policy will likely take an especially prominent place in the coming presidential race. The challenge for Senator Paul, he says, will be to go beyond the abstract.

It's also true that Rand Paul's view of America's role in the world has not yet received the kind of scrutiny that is sure to come if he continues to be a serious contender for the GOP presidential nomination. Activists will certainly be listening very closely at CPAC.