Accessibility links
The Persistence Of Elbow "My microphone stand was a broom handle," says singer Guy Garvey of his band's early days. The UK alt-rockers have been at it a quarter century, driven by what he calls a kind of foolhardy enthusiasm. 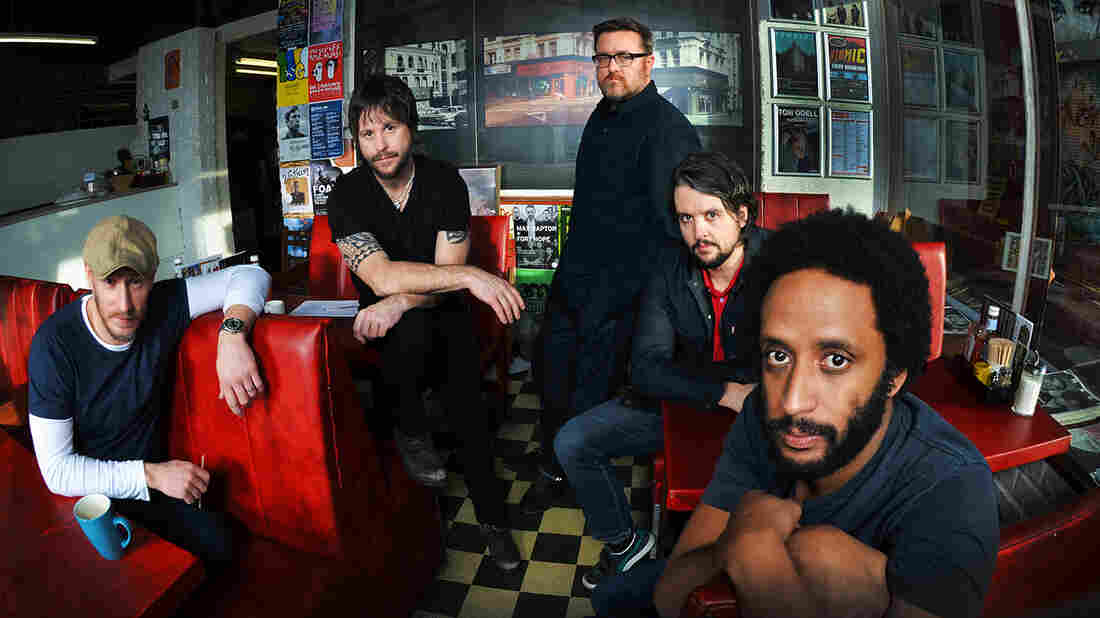 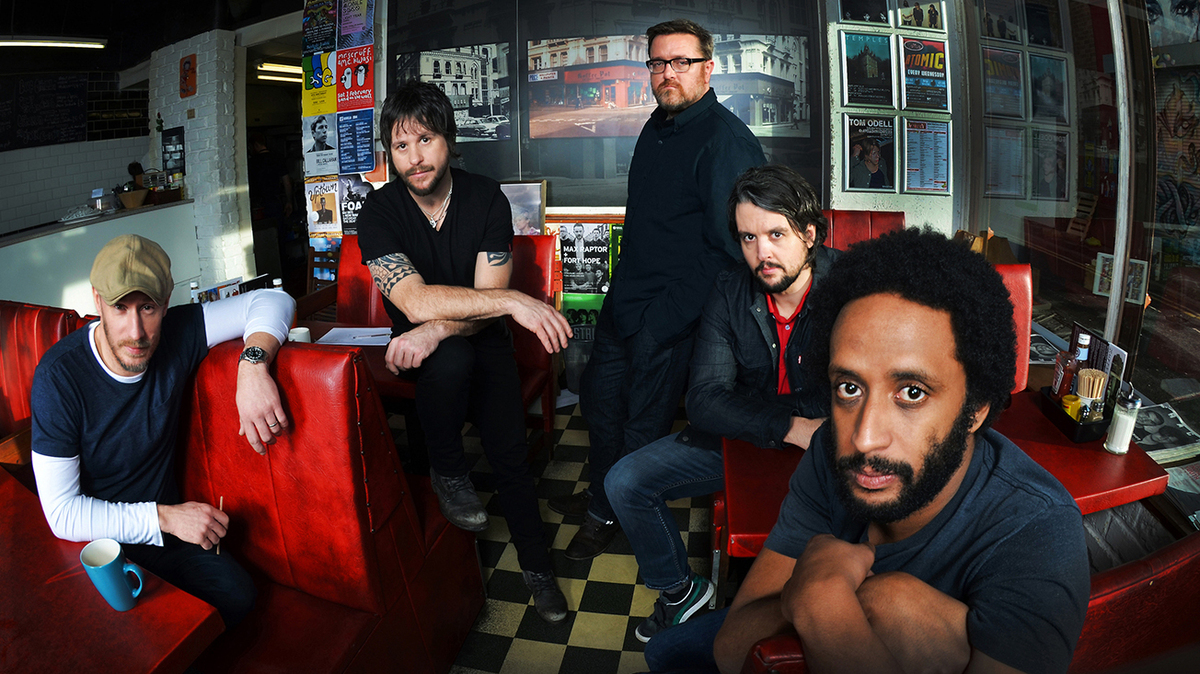 Manchester, England is known for its great music scene: Think The Smiths, New Order, Joy Division -– and, a bit more recently, Elbow. The group has won many awards, won over many critics, performed at the London Olympics and supported U2 in concert, and has kept the same lineup together since the five members met in their teens — about 25 years ago.

"The main thing that kept us together initially was everybody's shared enthusiasm — because we didn't have an ounce of talent," lead singer and guitarist Guy Garvey jokes. "Our drummer's kit was held together with bits of chemistry sets stolen from school. My microphone stand was a broom handle. And all we could play was 12-bar blues and the introduction to a Simple Minds song — just the introduction. And I said very boldly at the end of the first rehearsal, 'We'll be signed in six months.' About eight years out, I was with that."

Elbow's latest album is called The Take Off and Landing of Everything. NPR's Scott Simon spoke with Garvey and bassist Pete Turner about the making of the album and its themes of transatlantic travel. Hear more of their conversation at the audio link.