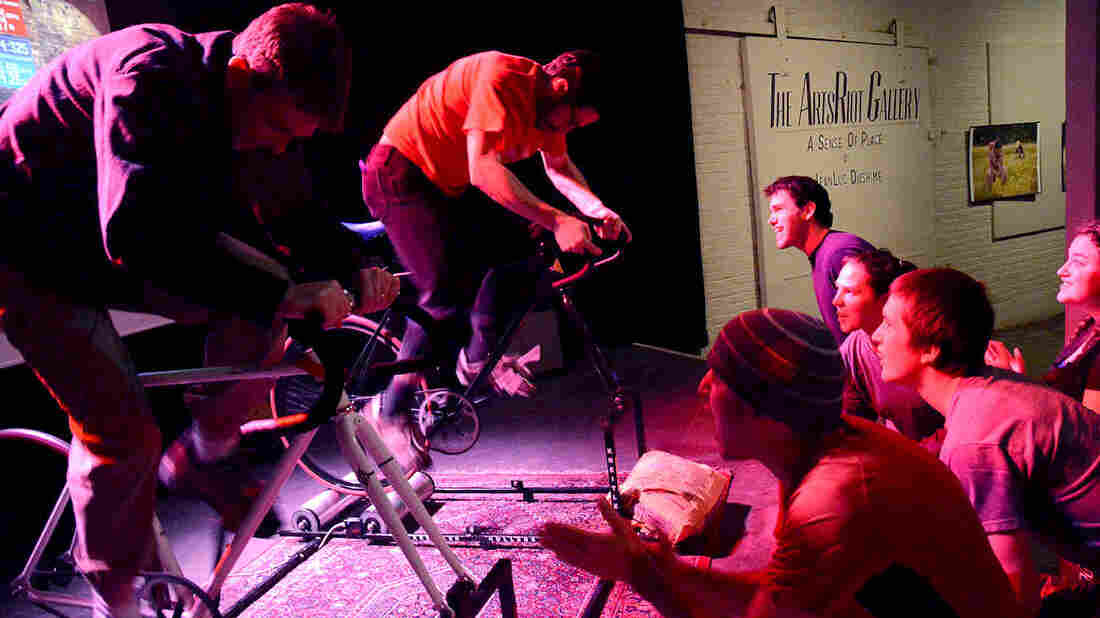 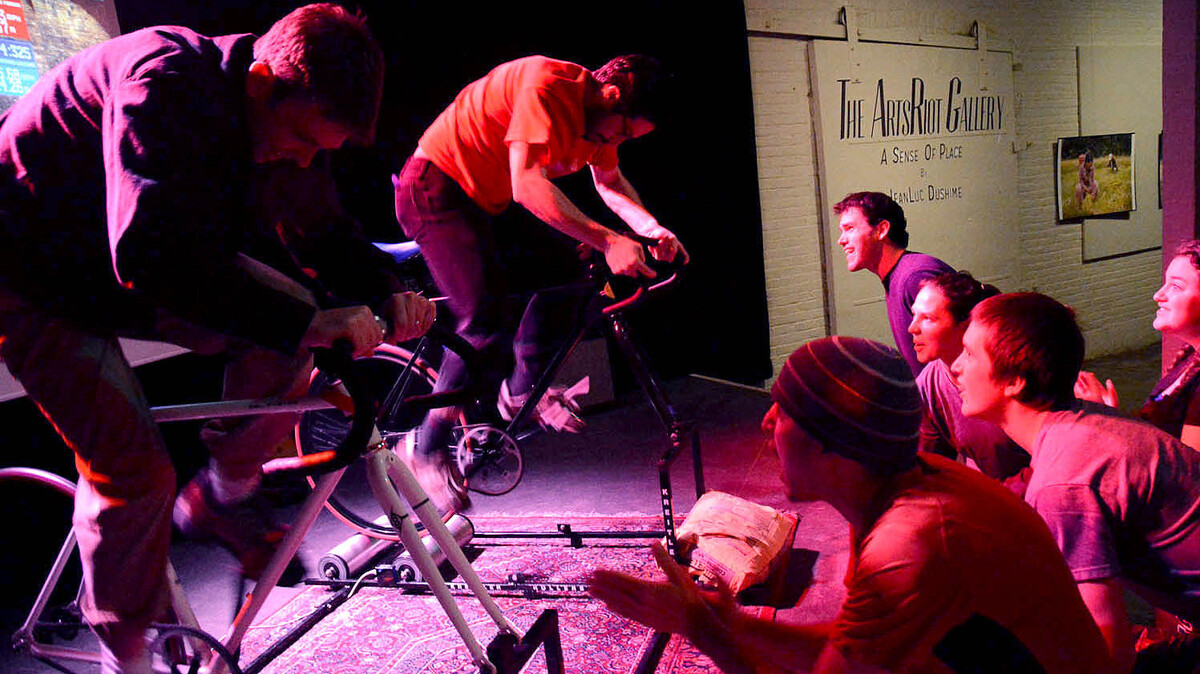 Two cyclists walk into a bar. Then they get on stationary bikes and pedal like crazy.

It's called goldsprints, and it is as much a social event as it is an athletic one. Ingredients for a goldsprints event are simple: two bikes, front wheels removed and set into a metal frame, the back wheels on rollers, then add a little music and an emcee.

The sport started in Europe, and has spread to bars in most major U.S. cities. Goldsprints racing is both extremely intense and extremely informal. At a recent goldsprints event at ArtsRiot in in Burlington, Vt., all the racers were in jeans and sneakers, or winter boots. But when they get on stage and start madly pedaling, the competition definitely heats up.

A goldsprint is a short sprint, 250 meters. Since the riders aren't actually going anywhere, a computer program tracks their progress and a giant screen shows who is in the lead. The crowd can see it, but the riders can't.

After about 15 seconds, it's over. Waiting for your turn? Have a $3 beer while Matt Boulanger sets up the next race.

"Goldsprints racing and [the] consumption of alcohol have gone more or less hand-in-hand," Boulanger says.

Anything to beat the winter blues, right? Note the trashcan in front of the bikes, in case you overdo it.

"Most people who ... are 'seriously training' wouldn't see it as serious training," Boulanger says. "It's more for fun and to see how fast you are against your friends and that kind of thing."

Eric Newbury, who rides with the cycling team at the University of Vermont, says this is the most ridiculous sport he's ever seen. The Burlington race was his first time seeing goldsprints.

"I walk in and people are just flailing on these bikes," Newbury says. "It's not really what you'd do if you were racing in a road race, but it's kind of fun to do because everyone wants to do it at heart."

It was also Corey Burdick's first time, and she said it's a lot tougher than it looks.

"They said it was only 15 seconds, but it feels a lot longer," she says.

Burdick is a runner, not a cyclist, but she still leaves with a prize like everyone else; water bottles, beer cozies, artisan coffee beans. The winner of the night gets a nice, warm helmet for winter riding —the outdoor sort.