Accessibility links
Libertarians Move In To Make A Small N.H. Town Even Smaller Grafton, N. H., is so tiny, it doesn't even have a stop light, but a group of Libertarians have moved there with an eye to slashing spending. It's made some residents angry. 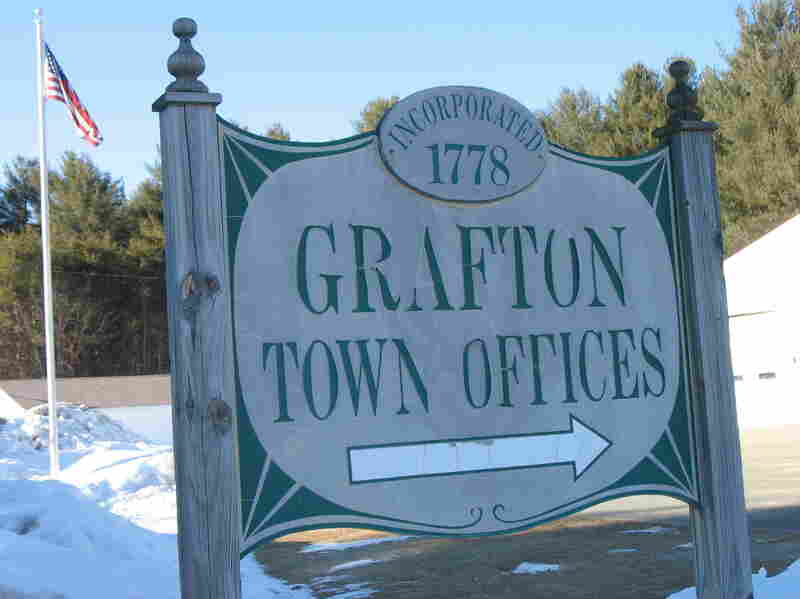 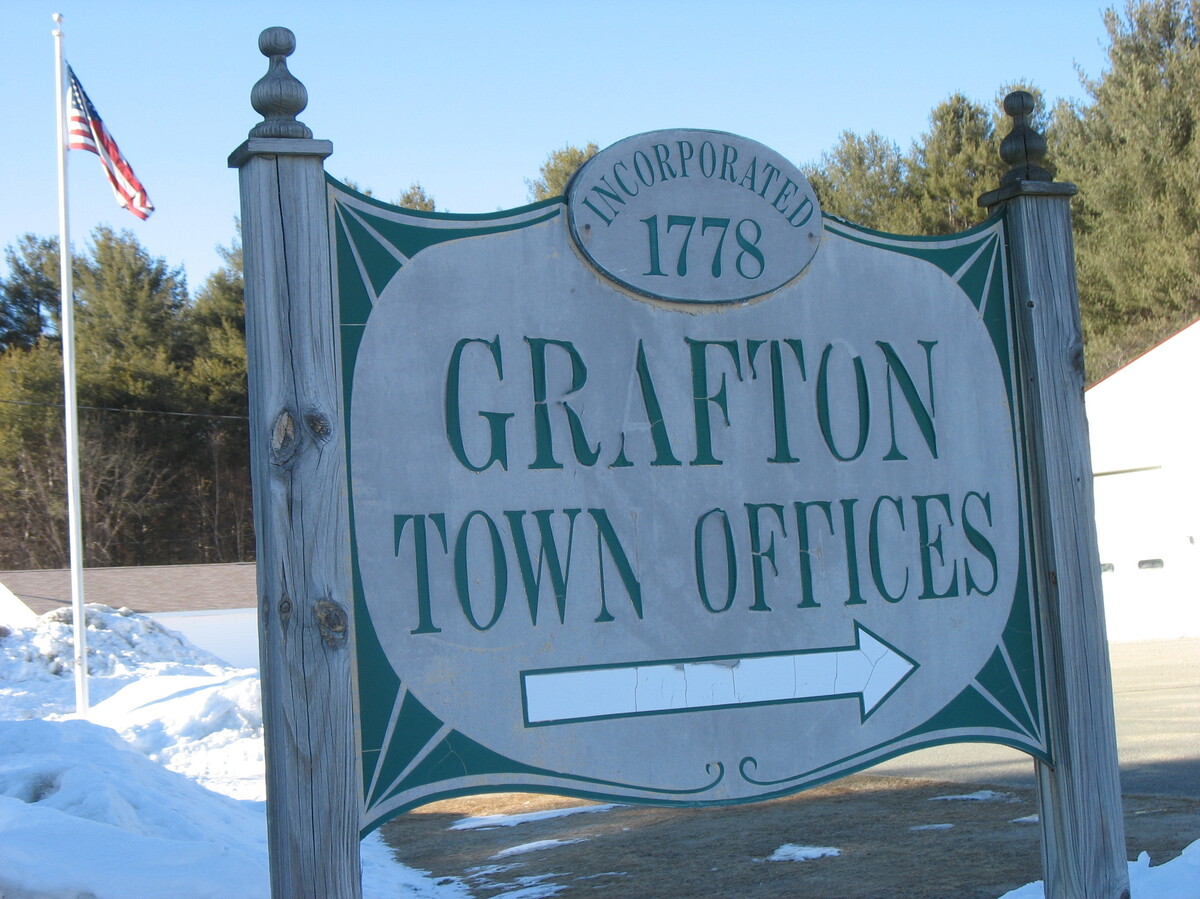 About 50 members of the Free State Project have moved to tiny Grafton, N.H. in recent years, shaking up local politics.

Maureen O'Reilly beams with pride as she shows a visitor around Grafton, N.H., a town so small it doesn't even have a traffic light.

"Have a look at this," O'Reilly says, pointing to a postcard view of hilly rural New England. "How beautiful is this? It's really pretty in the fall, really, really pretty."

But behind the beautiful view, locals are dividing into opposing camps. About 50 Libertarians have moved into Grafton from around the country, splitting the town over their push to shrink its government.

Grafton has an annual meeting called Deliberative Session. It's a big day for local politics. About 100 people cram into the firehouse, town officials sitting up front.

The goal is to debate the budget before it goes to a town-wide vote. But after the Pledge of Allegiance, things break down.

People argue over how to conduct the meeting. The moderator loses control. Police remove a man. After an hour, Skip Gorman is fed up.

"It's still a wonderful town and there's lots of camaraderie," Gorman says. "But there's a group of people who have moved here for the sole purpose of being obstructionist."

"I'm not here to obstruct anything," counters John Connell. "I will vote in favor of liberty and justice at every opportunity."

How did Grafton come to this? About 15 years ago, a prominent Libertarian hatched the idea of moving Libertarians to New Hampshire, with the hope of having a big impact in a small state. They called it the Free State Project, and a handful of Free Staters settled in Grafton.

O'Reilly was surprised by how quickly Free Staters started pushing their agenda.

"Almost seems as if they walked in the door and started running for office and hold positions," she says. "It's not the typical way someone who's a New Englander does things."

Free Staters say Grafton should withdraw from the school district, cut the $1 million budget by 30 percent over three years, and carve Grafton out as a "U.N.-free zone."

Tony Stelick, a Free Stater who lived in Poland under the boot of Stalinism, remembers a government that slowly gained more and more power. He says locals who oppose Free Staters are unwittingly voting themselves towards fascism.

Even though Grafton has always had a Libertarian streak, Free Staters are a minority and locals have mostly blocked their agenda. Still, Free Stater Jeremy Olson is confident they could shift the balance if they reach out to locals.

"I think most of the people in town are actually supportive of small government," he says.

Since Free Staters came to town, the real change in Grafton has been more emotional than political. Things have become divisive, and a little ugly. O'Reilly says she's thought about moving, leaving behind the beautiful views and the house her husband built.

Grafton holds elections this week. Whatever the outcome, more Free Staters are coming to New Hampshire. And, if Grafton is any indication, it's going to be a bumpy ride.