Accessibility links
China's Crackdown On Corruption Opens Door To Abuse A local official says he was detained and tortured by the Communist Party after being accused of taking bribes. The Associated Press reports these investigations occur without judicial oversight. 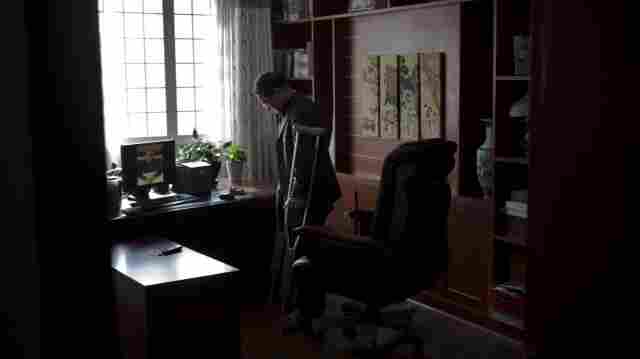 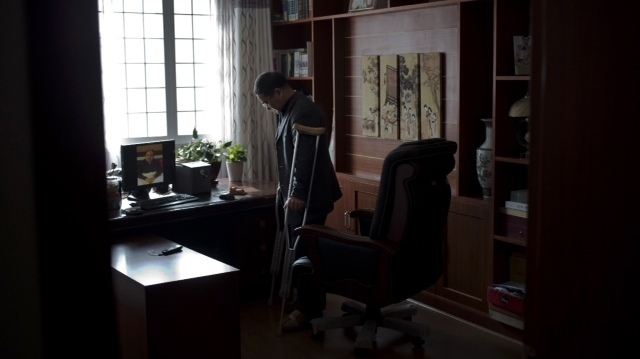 Zhou Wangyan says his leg was broken by interrogators in China's secretive detention center in fall 2012. In January 2014, he still uses crutches to stand.

Chinese President Xi Jinping has made it a priority to eliminate corruption within the Chinese Communist Party.

"The [Communist Party] desperately wants the appearance of cracking down hard on corruption because they understand that rampant corruption is threatening the party's legitimacy," says Associated Press reporter Gillian Wong.

In a story published Sunday, Wong uncovers how that crackdown on corruption has led to another problem: abuse and torture of party officials.

"The way [the party] goes about investigating corruption tends to be so opaque — within the party, controlled entirely by the party — that it allows for these types of abuse to occur," she says.

The investigations are carried out under the government's secretive detention and disciplinary system called shuanggui.

Shuanggui is an "extra-legal form of detention, in that it operates entirely outside the scrutiny or oversight of police or courts," Wong explains.

According to her AP report, "Experts estimate at least several thousand people are secretly detained every year for weeks or months under an internal system that is separate from state justice."

Wong broke the story of a local official named Zhou Wangyen, who says he was tortured by the Communist Party. She first read his account on a Chinese lawyer's blog, and later convinced him to tell her what happened.

Zhou was a director of the land resources bureau, parceling out land for developers. In China, that position is a hotbed of corruption. Wong says it's very common for developers to bribe officials like Zhou — that's what first led authorities to him. But Zhou says he was innocent.

One morning in July 2012, he was rounded up by three men from the local party's discipline inspection commission.

"If he were arrested formally, that would have almost been a better fate for him," Wong says.

"They made him stand, and they surrounded him with men on four sides and just kept pushing him back and forth between them, letting him rest for only an hour a night," Wong says. "And this went on for a whole week."

Wong reports that this was just the beginning. Zhou was moved to another hotel and deprived of sleep. Eventually he was moved to the party's detention center. That's where he encountered the worst abuse.

"He found himself beaten. He was only allowed one bowl of rice a day," Wong says. "They pressed his face into water in the sink until he thought he was drowning."

The torment lasted for months. Wong says. At one point, his femur was broken in three places.

"It's one of the strongest bones in your body, and he was 47 at the time and relatively fit. He's not a frail man," she says.

The AP obtained medical records that verified his injuries.

Zhou eventually caved. Though he still maintains his innocence, Zhou signed a confession saying he'd accepted $6,600 in bribes and resigned.

When he was finally released in January 2013, he found that his options for recourse were limited.

"Police were unable to investigate this case because, basically, party matters fall outside the purview of police," Wong says.

His complaints to higher-ups in the party have so far gone unanswered. The officials that the AP reached "denied that any form of torture had taken place," Wong says. "But, after we made those calls, officials called Zhou warning him against talking to the foreign media about what happened."

Wong says it's hard to know whether Zhou's in danger now.