Accessibility links
The '60s Are Gone, But Psychedelic Research Trip Continues Since the 1970s, hallucinogens have been classified as Schedule I drugs, indicating they have no medical use. But researchers say there are benefits and that work must continue. 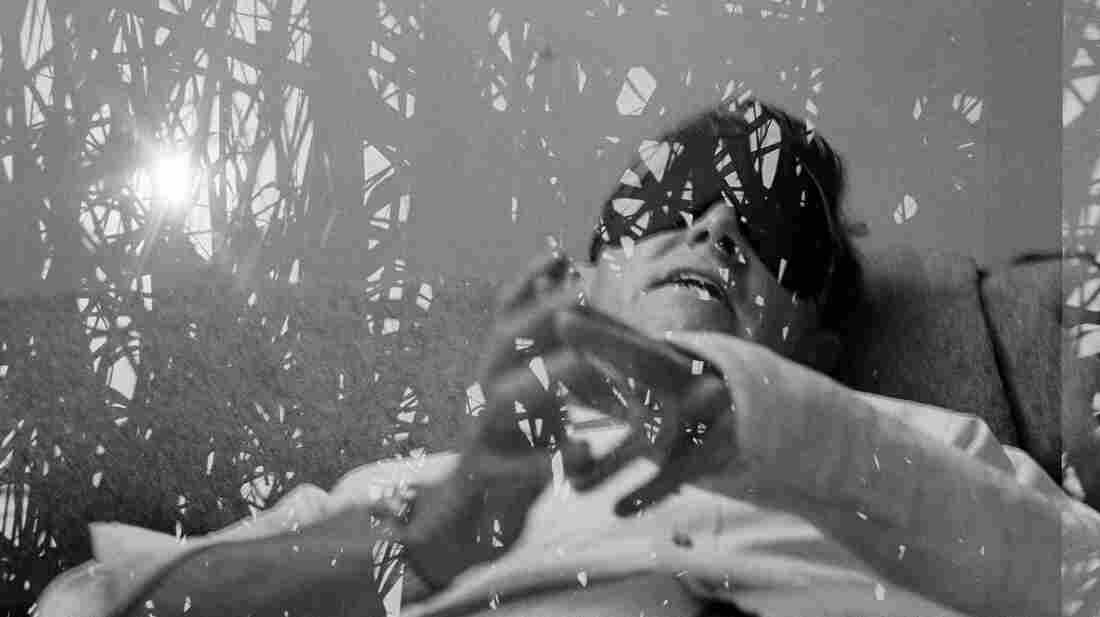 A volunteer participates in LSD research in Viejas, Calif., in 1966. Researchers are continuing work with psychedelics today, despite barriers, saying there are potential medical benefits. AP hide caption 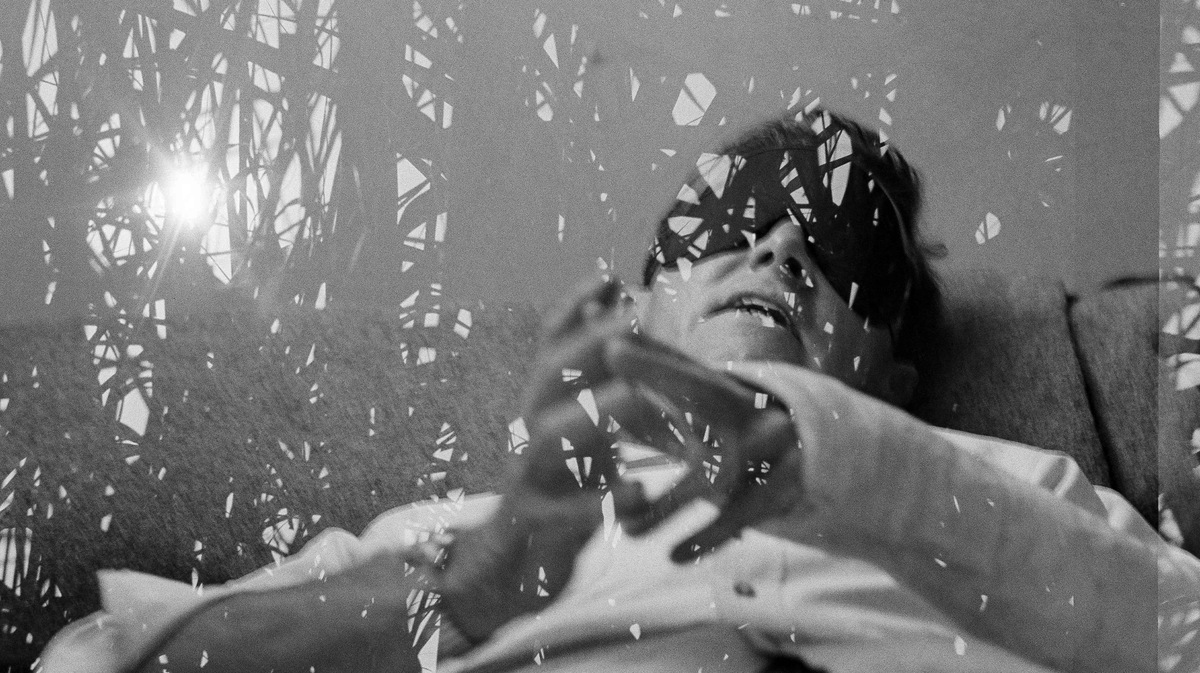 A volunteer participates in LSD research in Viejas, Calif., in 1966. Researchers are continuing work with psychedelics today, despite barriers, saying there are potential medical benefits.

"I'm in the unfortunate situation of being about 20 years ahead of my time," Leary said. When asked how many times he'd taken LSD, he answered 311. The audience gasped.

Leary was fired for experimenting with psychedelics on undergraduates, and before long, LSD was classified as a Schedule I drug, meaning it had "no known medical use." Research on the medical uses of LSD and other psychedelics came to a halt.

I believe we are on the threshold of some very exciting discoveries that the health field can only benefit from.

Today, psychedelic drug research is coming back, and scientists are picking up where Leary and other researchers left off, conducting experiments on therapeutic uses of these drugs. But the research still faces stigma, and funding is hard to get.

Stanislav Grof was one of the leading researchers on the therapeutic applications of LSD in the 1950s and '60s. He studied the effect of hallucinogens on mental disorders, including addiction.

"It was quite extraordinary," Grof tells NPR's Arun Rath. "This was a tremendous deepening and acceleration of the psychotherapeutic process, and compared with the therapy in general, which mostly focuses on suppression of symptoms, here we had something that could actually get to the core of the problems."

But the pervasive image of LSD was that it was not an acceptable treatment.

The Schedule 1 classification of LSD and other hallucinogenic substances in 1970 was a huge blow to research. Grof abandoned his experiments on alcoholism.

Through the "Just Say No" campaigns of the 1980s, no researchers were willing to jump through all the hoops necessary to study stigmatized drugs.

But by the '90s, attitudes had begun to change, and there was a flurry of studies on psychedelic drugs.

By the 2000s, a small but growing research community was picking up where Grof and others had left off. One area that showed promise was using hallucinogens to ease anxiety and depression in patients with cancer, like Erica Rex.

"I was diagnosed with breast cancer, stage 2, in 2009," Rex says. "Even if people are happy to spout statistics at you about your chances of survival, that's not what happens in emotional or human terms. I went through the treatment, and then there are some drugs that have terrible side effects."

Those side effects can include depression, which Rex experienced. She says she became obsessed with the possibility of her death, and it was crippling. Then Rex found out she might qualify for a study on the experimental drug psilocybin, an active compound in psychedelic mushrooms.

To be determined eligible for the study, she took a series of lab tests, spent days at the hospital and then went through a very intense psychological workup with some probing questions.

"It's like having five years of therapy or psychoanalysis stuffed into three days. It was exhausting," she says.

But at the end of it all, she was approved for the study. She was given two doses of the hallucinogen in two separate sessions, with trained guides sitting with her as the drugs — taken in the form of a small, purple pill — took effect.

The session began in a windowless room, with Rex wearing an eye shade and headphones to listen to music. She experienced moments of laughter, memories of the past and emotional highs and lows. But it was not, Rex says, like a dream.

"People want it to be described as a dream, but it's not — it is actual," she says. "It is all entirely real."

Once the session was over, Rex says, she spent time writing up everything that she remembered. And in the end, she says, it helped her depression.

"I'm much better," she says. "I am able to plan; I don't sit around obsessing about what the future may hold nearly as much."

A Word Of Caution

As much as Rex says the psychedelic experience helped her, some authorities say there are significant questions about the safety and efficacy of such treatment. Glen Hanson, a senior adviser for the National Institute on Drug Abuse, says there "still needs to be an asterisk next to it."

"I don't think it's a brand new antidepressant," Hanson says. He says the main problem with hallucinogens is the lack of predictability and that they affect people in wildly different ways. Hanson says hallucinogens scramble the brain's chemistry, so if someone's brain chemistry is "already abnormal, where are you going to end up with this person?"

All of the questions Rex answered before her experiment were intended to address that concern, weeding out people who might have issues. But Hanson says questions like that aren't foolproof.

Even Charles Grob of the University of California, Los Angeles — one of the few researchers actually studying medical uses of psychedelic drugs — agrees there are reasons to be cautious. He says researchers have demonstrated safety in the lab, but the real risks are in the outside world, in recreational settings.

Outside laboratory settings, he says, "naive individuals who really don't know what they're getting into take it under adverse conditions [and] often mix it with alcohol or other drugs. That's where you have the serious potential for adverse outcome."

Along with facing a tougher approval process, psychedelic drug research doesn't attract much funding, Grob says. He says national funding sources, like the National Institutes of Health, are not receptive at all. All of his support up to this point has come from private sources, which he says is difficult in a tough economy.

"Hopefully that will change and hopefully in the near future there may be some opportunity to see some progress in that arena," he says.

Despite these challenges, Grob is pressing on and has been approved to begin a new study next month on social anxiety in adults on the autism spectrum and the drug MDMA. He says the country needs to recognize that the '60s are over and that Timothy Leary is gone and no longer on the stage.

"I believe we are on the threshold of some very exciting discoveries," he says, "that the health field can only benefit from."