Accessibility links
Big Investors Boosting Home Prices, And Not Everyone's Pleased Private equity firms have been snapping up properties in many areas hit hard by the recession. Some analysts worry that those bulk purchases will leave middle-class buyers out in the cold. 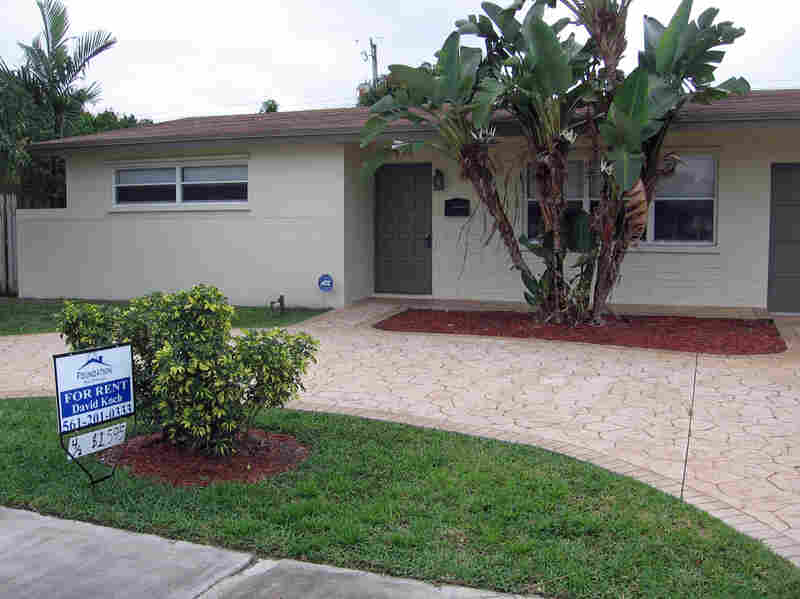 ReBOUND Residential in Florida has bought multiple properties like this one, a formerly bank-owned home in Sunrise, Fla., as investment properties. The houses are now bringing steady returns as rentals. Greg Allen/NPR hide caption 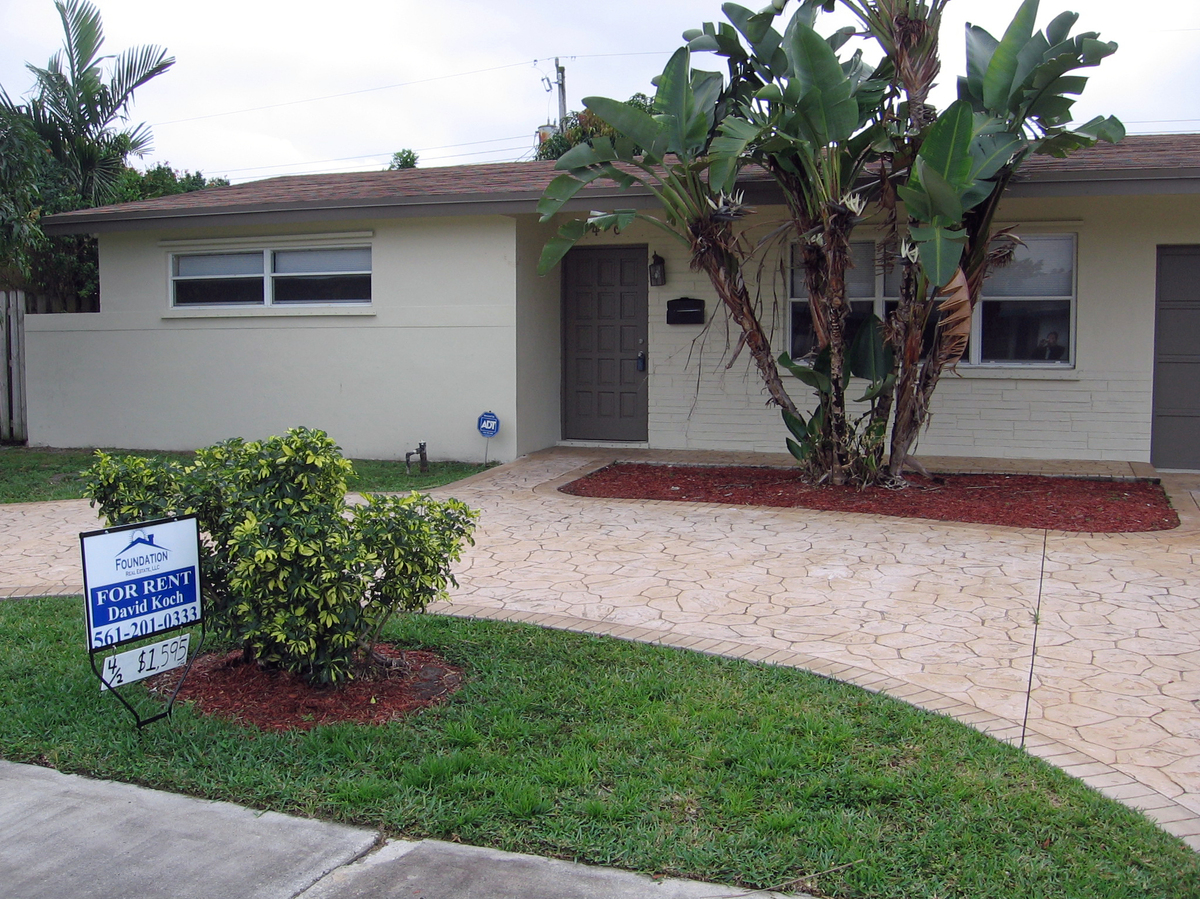 ReBOUND Residential in Florida has bought multiple properties like this one, a formerly bank-owned home in Sunrise, Fla., as investment properties. The houses are now bringing steady returns as rentals.

It's taken several years, but in many parts of the country, home prices are nearly back to where they were at the peak. In places like Florida, where the housing recession hit hard, home prices rose last year by one-fifth or more.

A major factor in the price rise is hedge funds, private equity firms and other large investors. They've moved aggressively into the residential market over the past two years, buying tens of thousands of distressed properties, often at bargain prices.

Some analysts are worried that those bulk purchases will leave middle-class buyers out in the cold.

One place where investors have been very active is Florida's Palm Beach County. Jeff Lichtenstein is a real estate agent there, and he's busy. He's listing and selling homes at a pace reminiscent of the go-go days of the last real estate boom back in 2005 and 2006. "I have 19 or 20 under contract right now, which is the most I've had at any given time," he says.

Lichtenstein is currently showing a home he has listed in PGA National, a resort and residential development with more than 5,000 homes. It's a community of palm trees, lakes, golf courses and manicured lawns.

"This was built in '92 or '93. Three bedrooms, three baths," he explains as he shows off the house, which has a back patio looking out onto a golf course. "The view is what people come here to Florida for."

The home is listed for $499,000, a bit below what it would have sold for at the peak, Lichtenstein says. But in Florida, Arizona, Las Vegas and parts of California, prices are rising fast. In South Florida, home prices climbed 21 percent last year.

Homes, especially foreclosures and short sales, are being snapped up as soon as they go on the market, mostly by large investment groups. Companies like the Blackstone Group, Colony Capital and Starwood Property Trust have spent billions over the past two years buying homes across the country and putting them on the rental market.

It's a buying frenzy that was just getting underway when, in 2012, famed investor Warren Buffett said on CNBC, "If I had a way of buying a couple hundred-thousand single-family homes and had a way of managing [them] ... I would load up on them. And I would take mortgages out at very, very low rates."

Since then, that's exactly what dozens of investment groups, big and small, have done. But as prices have risen and foreclosures have slowed, there are fewer bargains out there. Some investors are cutting back on their buying.

One still in the market is Chip Bryan of reBOUND Residential, a company that has bought nearly 200 homes in South Florida.

As investor groups go, Bryan's company is tiny. But it operates much like the big guys: Buy homes at a discount. Rent them out for a good return until prices rise. And then sell when the time is right.

Bryan says that, after going through foreclosures, many former homeowners now find themselves renting in their old neighborhoods. Once their credit improves, Bryan expects they'll be looking to buy.

"That's kind of the pattern we see," he says. "So, everybody that was a displaced homeowner as a result of foreclosure is most likely a renter — and most likely is going to be a buyer again at some point."

Up to now, the main downside to all of the investor activity has been that individual homebuyers have largely been left out. With tight credit, many prospective buyers have found mortgages hard to come by. And when a bargain is on the block, cash buyers are usually the winners.

Jack McCabe, an independent real estate consultant, has worked with some of these investment groups. He says he has seen many cases where they outbid the competition by paying more than the asking price, in some cases 25 to 50 percent more.

"You ask yourself, 'Why would these smart financial guys be overpaying for things?' " he says. "I believe it's to bolster the market, to shut out their competition and to realize as much profit as they can in as short a period of time as they can."

"We have about 30 percent of our population that's already paying 50 percent of their income or more just for their housing expenses," he says. "When people start having a hard time deciding whether to make a mortgage payment, buy their medicine or put food on the table, that's when you have a troubled market."

And it raises a question: When the hedge funds and other investors are ready to sell, who will their buyers be?