Accessibility links
The Education Of Christylez Bacon The rapper, singer, beatboxer and multi-instrumentalist is a product of Southeast Washington, D.C., an area hit hard by crime and drugs in the 1980s. 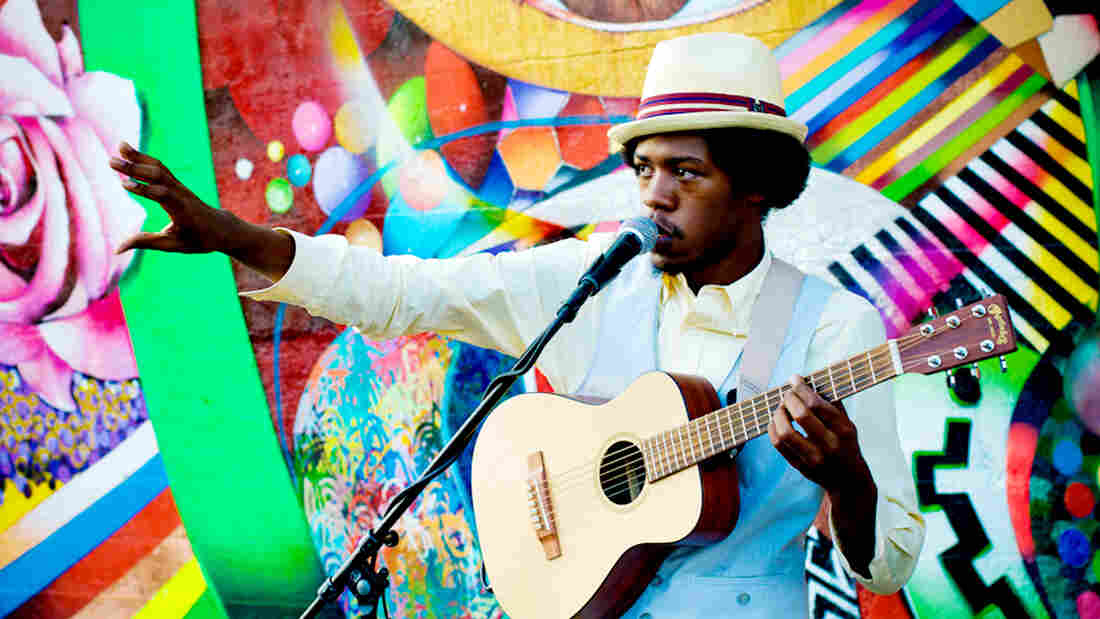 Christylez Bacon attended the Duke Ellington School of the Arts, a prestigious high school in Washington, D.C. that also counts Dave Chappelle and Meshell Ndegeocello among its alumni. When it came time to write a final paper for his U.S. Government class, he wanted to craft something more reflective of his upbringing in the city's Southeast quadrant — an area hit hard by crime and drugs in the 1980s. Bacon convinced his teacher to let him deliver an essay on public aid in the form of a rap called "Welfare Check."

"For me to be here, and to be a product of Southeast D.C. — that's a feat," says Bacon, who now makes his living as a hip-hop musician and performs "Welfare Check" as part of his repetoire. "I always make sure that I state that I am from there, because you could be of your environment, but that doesn't have to keep you from being who you want to be in the world."

Christylez Bacon spoke with NPR's David Greene about learning rhythm as a bucket drummer, collaborating on a Grammy-nominated album and his newest release, Hip Hop Unplugged. Hear more at the audio link.