Accessibility links
Kickstarter Campaign Begins For Neil Young's Music Player Young announced his long-planned, high-fidelity audio player, Pono, on Tuesday at SXSW. But at a time when music streaming is overtaking downloads, will anybody want it? 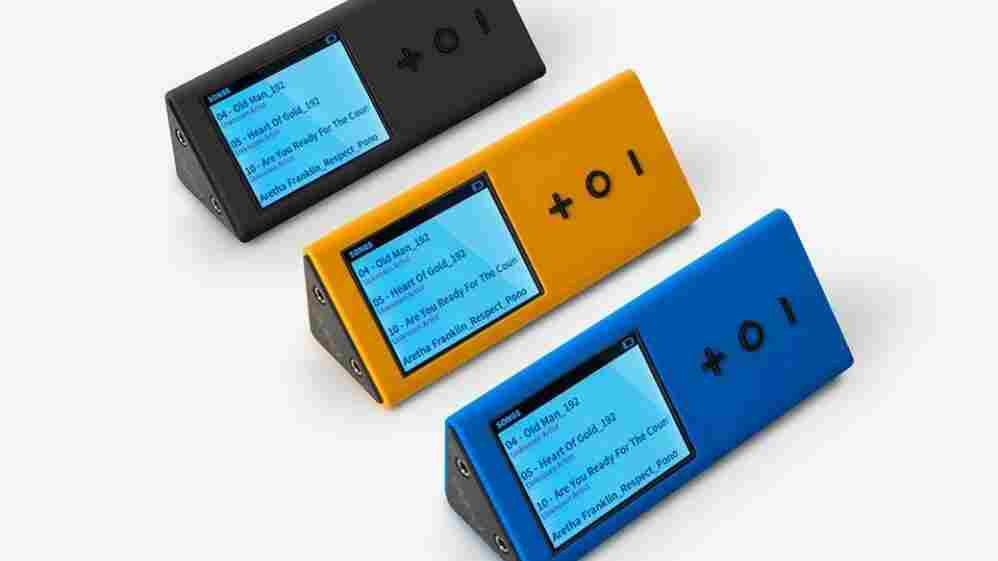 Visually, the Pono player is a relic, but what matters is how it sounds — better than any consumer device for listening to digital audio, according to founder Neil Young. PonoMusic hide caption

Amid the thousands promoting new music at this week's SXSW festival in Austin, Texas, one artist took to the stage Tuesday to promote a new way to hear it. Before a crowd at the Austin Convention Center, Neil Young launched a Kickstarter campaign to support his long-planned high fidelity music player and online store, Pono.

Young was plainspoken as he explained what motivated him to develop a new digital music player. As the world has gone digital, he said, many things have gotten better.

"You know, cameras got easier to use," Young says. "Everything went up — and music went down."

Young says MP3 files, and the similar ones you get on iTunes, actually hurt his ears. The same compression process that allows these files to move faster over the Internet and take up less room on your computer or device also takes away a lot of subtle highs and lows in the music.

"What we decided to do," Young says, "was to come out with a new system that was not a format, had no rules, respected the art, respected what the artist was trying to do and did everything that it could to give you what the artist gave."

Young says the music sold in the Pono store will sound anywhere from 5 to 25 times better than an MP3 — though the 128GB player can handle files of just about any format, setting it apart from iTunes and Apple's mobile devices, which do not support certain formats.

Visually, the Pono player lacks the sleekness of Apple's products (many online commenters have compared its triangular prism shape to a Toblerone bar). And it comes at a heftier price — about 400 dollars for this first release. Despite those limitations, Pono's Kickstarter campaign exceeded its $800,000 goal just hours after launching; at the time of this writing, supporters have pledged $1.5 million and counting.

Young received praise from many musicians after his speech in Austin. But some in the industry think Young might be coming a little late to the music player game.

"A lot of consumers are opting for the convenience of streaming," says Mike McGuire, an analyst for the technology research company Gartner. "People are kind of feeling a preference for being able to carry it around and access it from any device."

But even proponents of streaming music would like to see better audio quality. D.A. Wallach is the artist-in-residence for Spotify; he says he wants his little sister to be able to hear, say, Pink Floyd's The Dark Side of the Moon in something other than MP3.

"She doesn't even know what the experience is like of imagining the music in sort of three dimensions in between the speakers — and that's always part of what I've found so magical about music, is actually how visual it can be when the conditions are right for listening," Wallach says.

Wallach is hopeful, as more people get faster Internet connections, that streaming music services will deliver high-fidelity audio. But he says he's still rooting for Young and Pono to raise awareness and create demand for higher-quality digital music. In his speech, Young made it clear that it would be fine with him if that's all he achieved.

"If we fail, we've made enough noise so people know something's wrong and they can hear it," he said. "If some big huge company comes along and kicks our ass with millions and millions of dollars, that's great for music. If they'll do what we do, it's a no-lose situation. We win."

But Young still wants you to buy his player.