Accessibility links
Book Review: 'Blood Will Out' By Walter Kirn In 2008, Clark Rockefeller kidnapped his daughter and led police on a weeklong chase. Turned out he wasn't a Rockefeller at all; he was an impostor who happened to be friends with writer Walter Kirn. 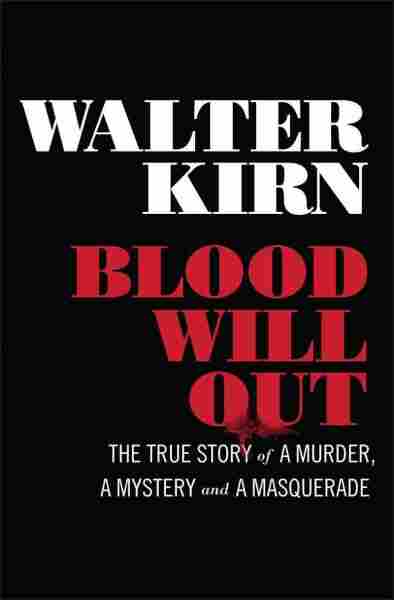 The True Story of A Murder, A Mystery, and A Masquerade

Title
Blood Will Out
Subtitle
The True Story of A Murder, A Mystery, and A Masquerade
Author
Walter Kirn

Nonfiction writers often have to go scrounging for their dream subject. They may buy themselves a ticket to some far-flung place, or join an Iditarod team, or start researching a historical figure who seems to have led a colorful life. Sometimes, writers are fortunate enough to already have a personal passion for one subject, and writing a book about it seems only natural.

But it's rare to stumble on an idea for a book that's so exciting and unusual it practically bears a sign saying write me. Yet that's pretty much what happened to Walter Kirn. At the time his book begins, Kirn is a writer living in Montana, and his then-wife, working for an animal charity there, tasks him with the job of hand-delivering a disabled dog to a dog lover in New York City. As it turns out, the dog lover is a pretentious and socially unpleasant guy named Clark Rockefeller. But as it further turns out, Clark Rockefeller probably isn't a dog-lover at all. And, more to the point, he isn't even Clark Rockefeller, who actually doesn't exist.

What he is — and you may already know this from having read about the case at the time — is the German-born Christian Gerhartsreiter, a pathological liar who is now in a California prison serving 27 years to life for a murder he committed long ago, while living under another assumed name.

Blood Will Out is the page-turning story of the highly improbable friendship that develops between these two men. "Clark" — I'll call him that here to make things simpler — comes off like an empty, creepy husk of a person — both the writer of and a character in his own life. And Kirn, while a calmly riveting and eloquent narrator, is flawed too, as he's the first to admit. He's gullible, which can be endearing, and he becomes highly excited in the presence of this kind of money and pedigree.

But of course Kirn isn't alone in this. You might think that you yourself would never have fallen for the absurd lies of Clark Rockefeller. After all, this is the guy who, when Kirn mentions having tax troubles, scribbles a phone number on a piece of paper and urges Kirn to call it the next day. It's George's number, Clark says. As in George Bush, the president. Call him; he'll help.

And at another point, at dinner in New York City, Clark glances out the window and refers to the family's place out there –– Rockefeller Center, he means ––and says he has a key to it, right in his pocket. 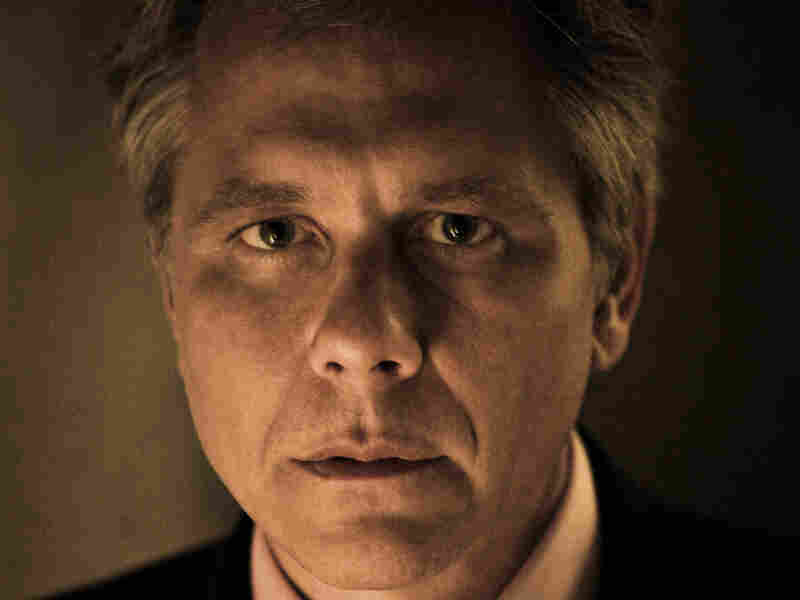 In addition to Blood Will Out, Walter Kirn is the author of four works of fiction and one other work of nonfiction. Beowulf Sheehan/Courtesy of Liveright Publishing hide caption

But the way Kirn tells it all makes me feel it's entirely possible that I too might've allowed Clark Rockefeller to stay in my life because of a kind of lazy vanity and the pleasurable, ongoing thought that a really rich and powerful person likes me — despite the fact that I don't like him at all. Even as the absurdities mount up, I could still imagine passively allowing a joyless friendship to continue. Life can feel so ordinary. You get up in the morning, you go to work, you pay taxes like all the other poor schlubs. The idea that someone in your midst doesn't have to do any of that opens up a little fantasy door in the brain, a door unlocked by a pathetic magic key.

Plenty of people fell for this impostor's shaggy-dog story, including one successful woman, a Harvard graduate, who married him and had his child — a little girl whom Clark later abducted, which led to his arrest, his unmasking and an eventual murder charge. The fact that Kirn was a writer seemed to have been useful to Rockefeller, who sized up everyone for their potential utility. Of course, ultimately Rockefeller was useful to Kirn. Another similar instance I can think of is when writer Ann Rule happened to work at a crisis hotline with a handsome and charming man named Ted Bundy, and she ended up writing a book about him called The Stranger Beside Me.

Though ultimately Walter Kirn turned the tables on Clark Rockefeller by writing a tremendously readable book about him, I can't imagine that he will suddenly subspecialize in true crime. What any good writer does is manage to take a narrow story and make it feel broad. There were moments here when I wanted to shake the overly passive Kirn from his waking daydream; he reminded me of another Walter — Walter Mitty — who at least was fully aware of his own fantasies, while Kirn's stayed half-submerged and never fully conscious.

People who teach writing often use the expression "willing suspension of disbelief," which apparently was a necessary state for Kirn to stay in over a period of years. In examining this strange friendship and his own potential vulnerability to a dangerous person, he's found a compelling and uncomfortable way to illuminate a fantasy that feels uniquely American. Invoking Jay Gatsby and the Talented Mr. Ripley, he shows us the way one individual, by simply dropping names all over the place, going sockless and never carrying a wallet, can get alarmingly far in a country that was founded on self-invention.