Accessibility links
Movie Review - 'Bad Words' - With A Spelling-Bee Subversion, Jason Bateman Breaks Bad The Arrested Development actor stars in his own directorial debut as a 40-year-old middle-school dropout who decides — for a hidden motive — to compete in a national spelling bee. 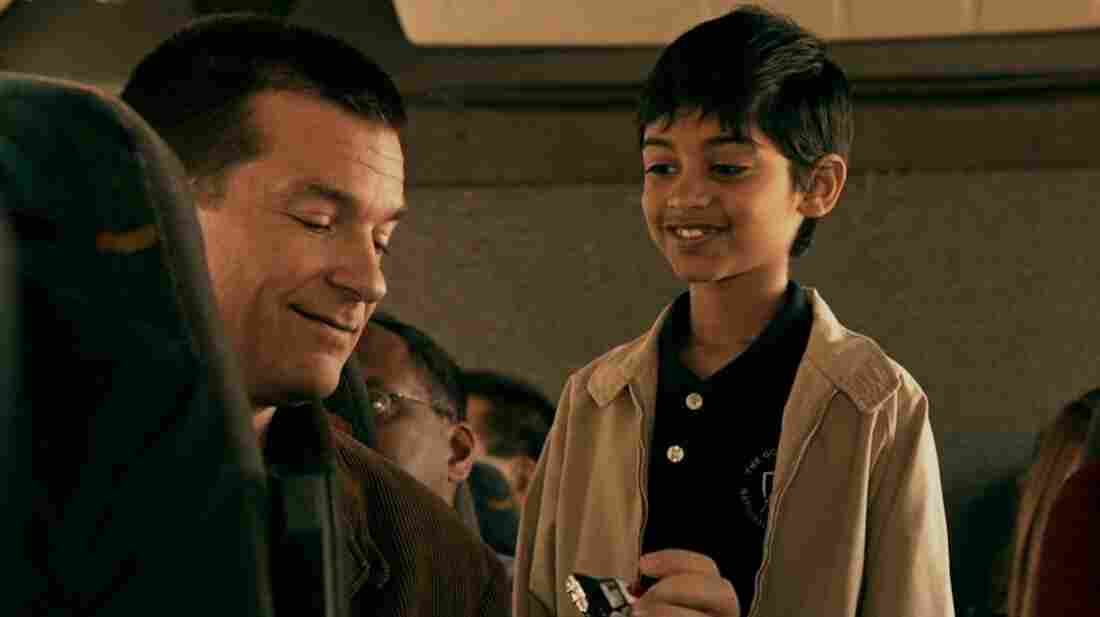 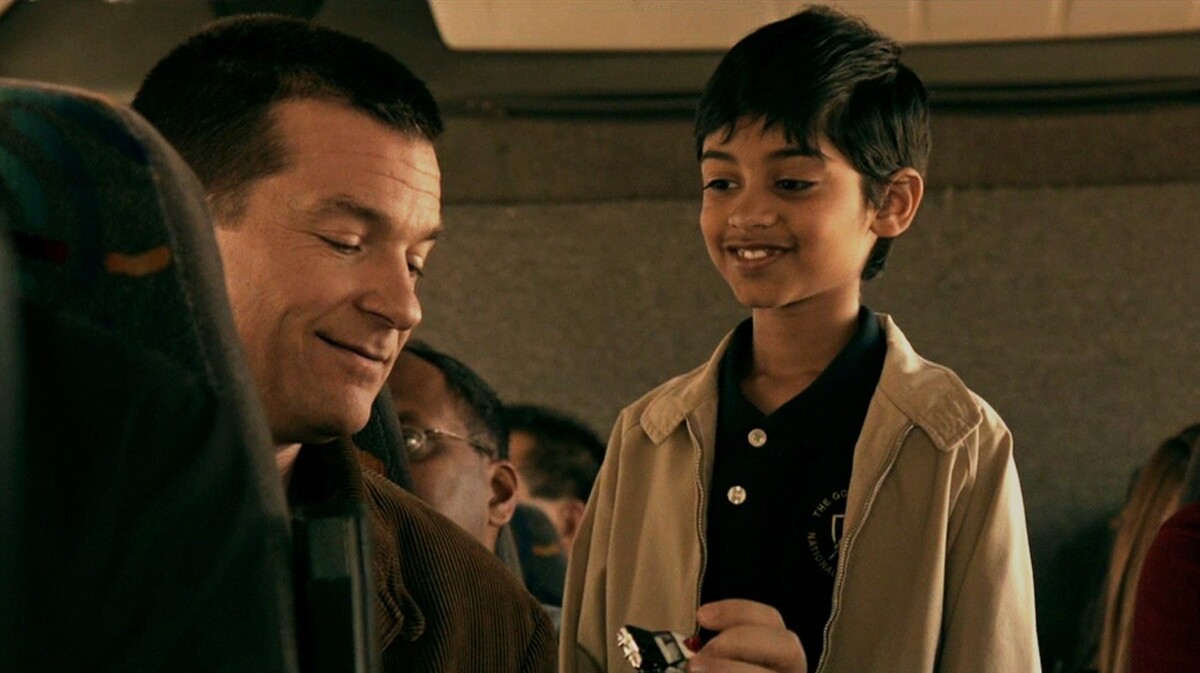 As the star of Arrested Development, Jason Bateman became best known for being the most mature member of the emotionally stunted Bluth family; the roles that followed were largely of the same tone, casting the actor as the affable, mild-mannered, often put-upon nice guy.

Always playing the straight man amid casts of clowns must have created some built-up performance envy, because in his directorial debut he trades in Mr. Nice Guy for Mr. Guy Trilby, finally getting to play an apparent case of severely arrested development himself.

Trilby is a foul-mouthed 40-year-old who bears the unhealed emotional scars of a childhood trauma, and his grand plan to make things right involves exploiting a loophole in the rules of a national spelling bee that will allow him to compete against kids.

Of course, word difficulty at that level of competition is enough to stump most people, so age isn't necessarily much of an advantage for Trilby. But what does give this middle-school dropout a leg up is an eidetic memory and a talent for sociopathic manipulation matched only by the ability to deliver the most profane and hurtful insult imaginable in any situation.

Now, spelling bees make for great drama, combining the adorability factor of brilliant but awkward kids with the stakes of high-tension competition. Bateman and screenwriter Andrew Dodge are well aware of the heartwarming appeal of movies like Spellbound and Akeelah and the Bee, and intentionally subvert it by tossing in Trilby as icy-veined, acid-tongued contrast. The result is a mostly well-matched balance of innocence against irreverence.

That central contrast is mostly played out through Trilby's uneasy friendship with Chaitanya (Rohan Chand), the big-eyed moppet staying down the hall from the storage closet the bee's director has arranged for Trilby to bunk in. From their first encounter on the airplane to Los Angeles, it's clear the excitable kid is destined to soften Guy's rocky heart — mostly by being seemingly impervious to the older contestant's constant stream of insults. Of course, as a 10-year-old spelling prodigy, Chaitanya has some experience with deflecting abuse from cruel kids, so he remains unfazed by things like Trilby's insistence on referring to him as "Slumdog."

The real reason behind Trilby's entering the bee remains hidden through much of the movie, though it's a piece of information that Jenny (Kathryn Hahn), a reporter whose publication is sponsoring him, is constantly trying to draw out for a feature story on his unlikely run at orthographic greatness.

Unfortunately, their interactions lack the sweet-and-sour dynamic that makes the Guy-Chaitanya pairing work so well, and the central joke about their repeated and ill-advised sexual encounters are probably the weakest thing about the film.

Despite that, and despite a blandly two-dimensional villain that wastes the talents of Allison Janney as the tournament director, what Bateman has gleaned in his years in front of the camera is the importance of jaw-dropper laughs delivered at regular intervals, wrapped up in a pithy, tightly edited package. Rejecting Apatowian bloat in favor of a trim running time of only 88 minutes, Bad Words announces its high concept immediately and then goes about the business of telling its story without wasting a moment.

Bateman's directorial approach is not unlike Trilby's manner at the contestants' microphone, where our antihero immediately and confidently launches into his words and delivers the letters in an efficient, unbroken stream before taking his seat. In an era of overlong comedies, that's a not insignificant play; it seems that even when Bateman is playing a horrible human onscreen, he still can't help being a nice guy.