Accessibility links
Adam Savage: Bust That Myth! As one half of the Mythbusters duo, Savage has tested over 800 myths on TV. Many were death-defying, though all of them, Savage admits, begat great stories. Hear a few of his favorites. 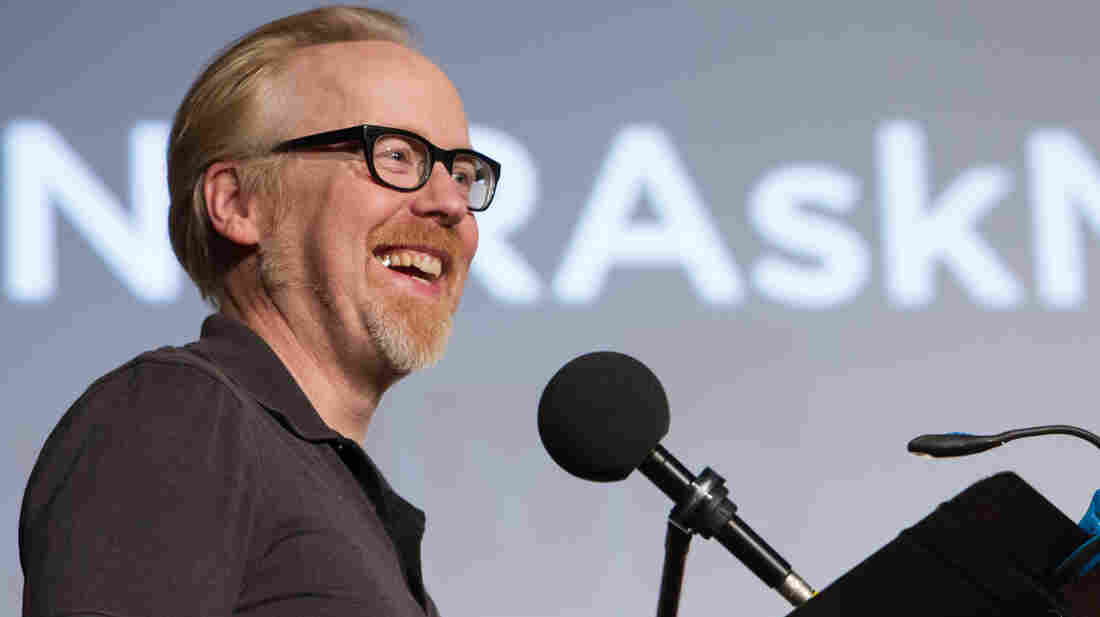 Adam Savage has the coolest, and perhaps most dangerous, job in the world. Jakub Mosur hide caption 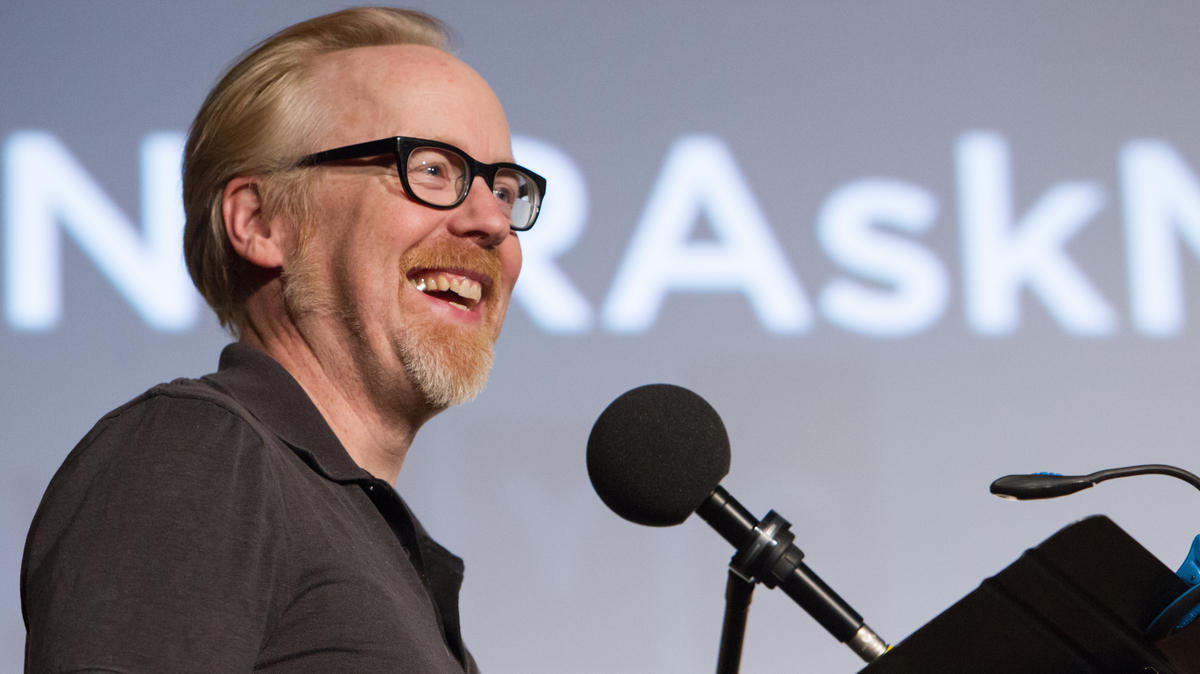 Adam Savage has the coolest, and perhaps most dangerous, job in the world.

Adam Savage, along with partner-in-science (and snark) Jamie Hyneman, has tested over 800 myths, used 12 tons of explosives and destroyed over 100 cars on the hit TV show Mythbusters. Not only is his job incredibly cool--it's often incredibly dangerous.

The Mythbusters get a phone call from space

"Most of [the experiments] that seem scary to you were also scary to us," Savage told host Ophira Eisenberg from the Castro Theatre in San Francisco. "There's many times I've sat at the top of a long ramp, and thought, 'Well, I've pretty much done everything I can to make this as safe as possible, but it might be the last thing I ever do.'"

Adam tests the mettle of a pair of contestants, to see if they can guess which of the show's myths were busted, and which were confirmed. Learn the truth of whether urinating on the third rail can cause electrocution, whether pennies dropped off the Empire State Building can kill, and at precisely what pitch the human voice can break a crystal wine glass.

Plus, Savage joined us later in the show to take on Community's Danny Pudi in an Ask Me Another Challenge that quizzed the pair on classic action movie one-liners, and brought out everyone's best Ahhnold impressions. 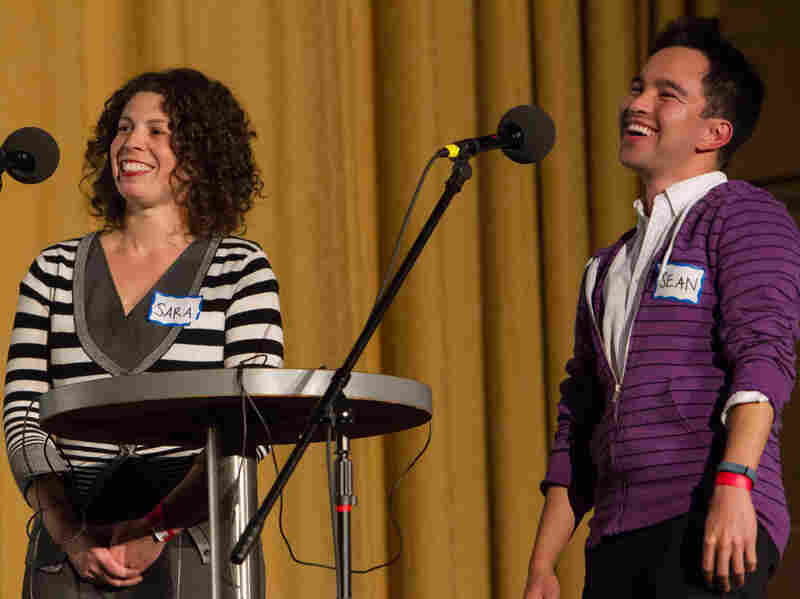 On the myth too dangerous to test

There is a really elaborate [myth] about a truckful of liquid oxygen that spills on the road, and the liquid oxygen combined with the asphalt to turn the entire road into a bomb. We've researched liquid oxygen to discover that it is the scariest substance on earth, and — this is no hyperbole — can turn an oily rag into a high explosive if you hit it hard enough with a hammer. But it does not do that predictably. So, we could spend $100,000 on a tankful of liquid oxygen and spill it on a road bed that we have to have built in a desert — and then what if nothing happens? Which is often the most dangerous possible thing, because nobody wants to go over there where nothing's happened...yet.

On getting drunk on TV - for work!

We've stopped doing the drinking myths because it's too hard on our bodies. It sounds like a great idea to get drunk, at work, but then think through being at dinner with your family that night, and you're already hungover. It doesn't matter that you know why you did it, it still feels like you made a really dumb life decision.

Please, tell us more about getting drunk on TV

Of the drunk episodes, I really prefer the ones where police are involved. Whenever I have more than two beers, all I do is tell cop stories--to cops! My desire for difficult people to like me comes out, and kept telling them story after story trying to get them to laugh.

Heard in Episode 311: Puzzlin' On The Dock of the Bay

Can You Really Dissolve A Guy In A Bathtub? 'Mythbusters' Tackles 'Breaking Bad'