Accessibility links
John Doyle & Karen Casey On Mountain Stage Doyle is from a musical family outside of Dublin and co-founded the Irish-American supergroup Solas. Casey, another founding member, has performed with James Taylor, Tim O'Brien and Bela Fleck. 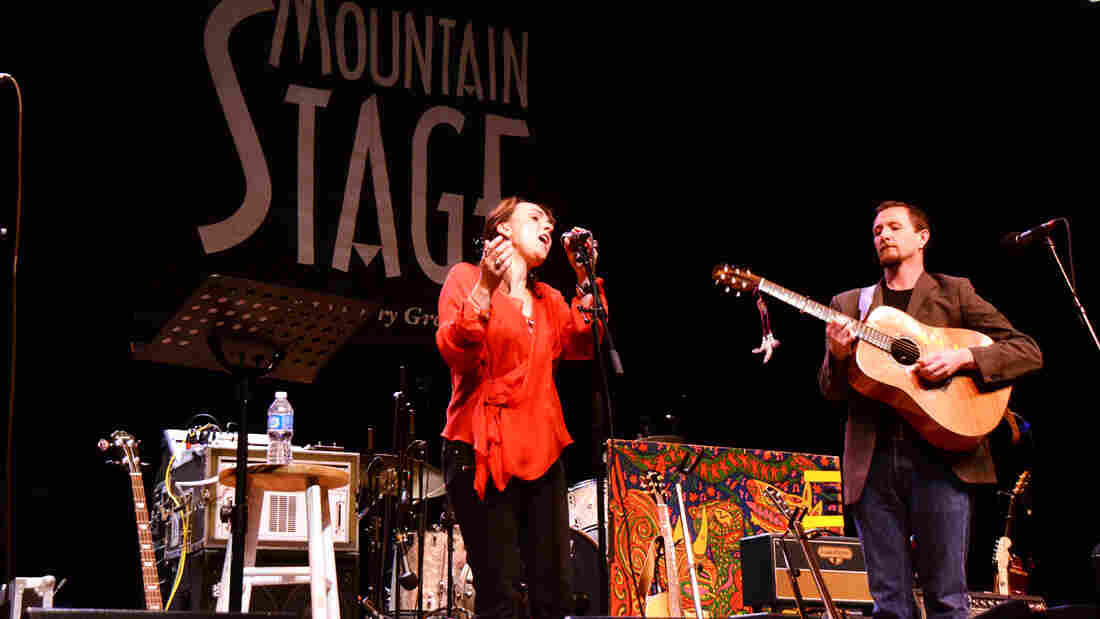 John Doyle and Karen Casey perform together in this Mountain Stage segment recorded live on the campus of Ohio University.

Doyle comes from a musical family outside of Dublin, where his father, Sean, was his greatest artistic influence. He went on the road at 16 with the band Chanting House, which eventually included Seamus Egan and Eileen Ivers. Later, Doyle and Egan went on to form the acclaimed Irish-American supergroup Solas. Since leaving Solas, Doyle has enjoyed a stellar solo career, playing on his own, with numerous duos and trios, and serving as guitarist and musical director for folk legend Joan Baez.

Another founding member of Solas, Karen Casey has earned many of Ireland's most prestigious musical awards, and since leaving the band has performed with James Taylor, Tim O'Brien and Bela Fleck. Her latest self-penned contemporary album is called Two More Hours, and features contributions from Abigail Washburn and Aoife O'Donovan.