A Delicate Arson: 'The Blazing World' Consumes Its Readers

A Delicate Arson: 'The Blazing World' Consumes Its Readers 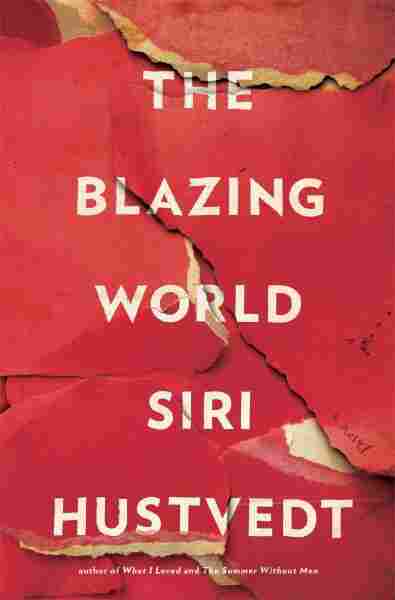 Every now and again I come across a book that makes me wish to do violence to my learning, to tear away words like tour de force and magnificent in order to excavate something more true, more raw, more appropriate to the experience of reading it. Siri Hustvedt's The Blazing World is such a book. Like fire, it feeds as it consumes: It gives off the warmth and light by which to read, understand, marvel at it — but in order to do so it absorbs the reader's gaze, knowledge and attention and combusts them, transforms them into the brightness by which it is read.

Presented as an anthology of texts assembled by Professor I. V. Hess, The Blazing World tells the story of Harriet Burden, an installation artist who, disappointed in the lack of recognition her work receives, chooses a succession of three different men to be pseudonymous "masks" for her pieces over a five-year period, an experiment to determine whether her work is better received when attributed to men. She calls the whole project Maskings, and the story of its conception and development is told through excerpts from her private journals, written statements offered by friends and reviewers, fiction from her son, and edited transcripts of interviews with her daughter. The result is complex, astonishing, harrowing, and utterly, completely engrossing.

Hustvedt uses fragment-stories, frame narratives, and unreliable narrators to talk about the ways in which brilliant women across history have been silenced, forgotten, and appropriated by men. This is a narrative suspicious of narratives, a story that demonstrates how damaging stories can be. Hustvedt succeeds wonderfully in crafting a book that is the literary equivalent of one of Burden's art pieces: an "Empathy Box" ambiguously composed of mirrors. Reviewing The Blazing World feels like standing in that box, observing my multiplying reflections in order to relay some fraction of how intricately wrought the mirrors are, how this one distorts, how that one obscures, and how that one talks to you about what you're seeing while reminding you at regular intervals that mirrors can't talk.

The Blazing World's fragments are curated as securely and completely as the art installations that form the core of its plot. At precisely the moment I articulated to myself the feeling of being exhausted and exasperated by the growing relentlessness of Burden's journal entries, unbroken by any other voice, I turned the page to find a statement from her best friend beginning with the line "I confess there were times when I found Harry's intensity about her pseudonymous project rather exhausting." Just like installation art, the craft is less in determining presentation than experience; the former is the means to the latter, and I was consistently amazed by the brilliance of the interplay between chapters, the cadence and variation of voices and the information they conveyed, and the book's unnerving anticipation of my reactions to it. 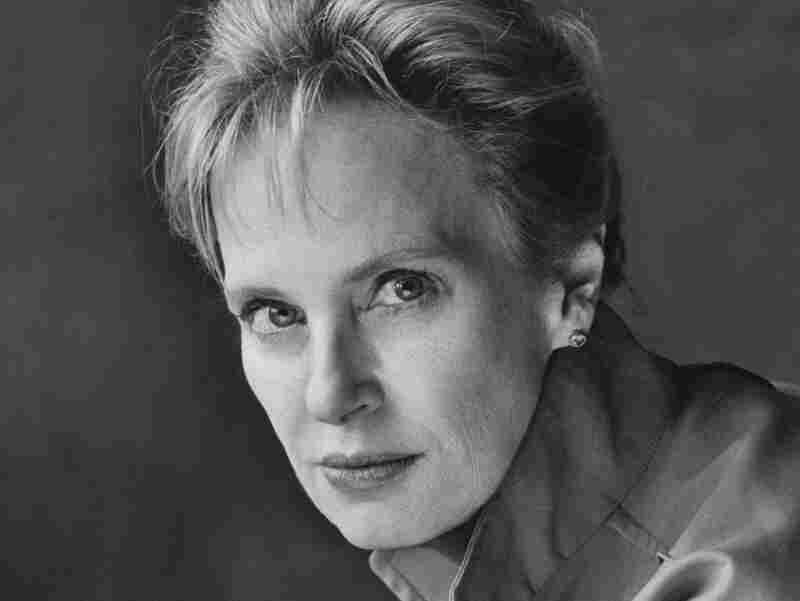 Siri Hustvedt's previous books include What I Loved and The Summer Without Men. Marion Ettlinger hide caption 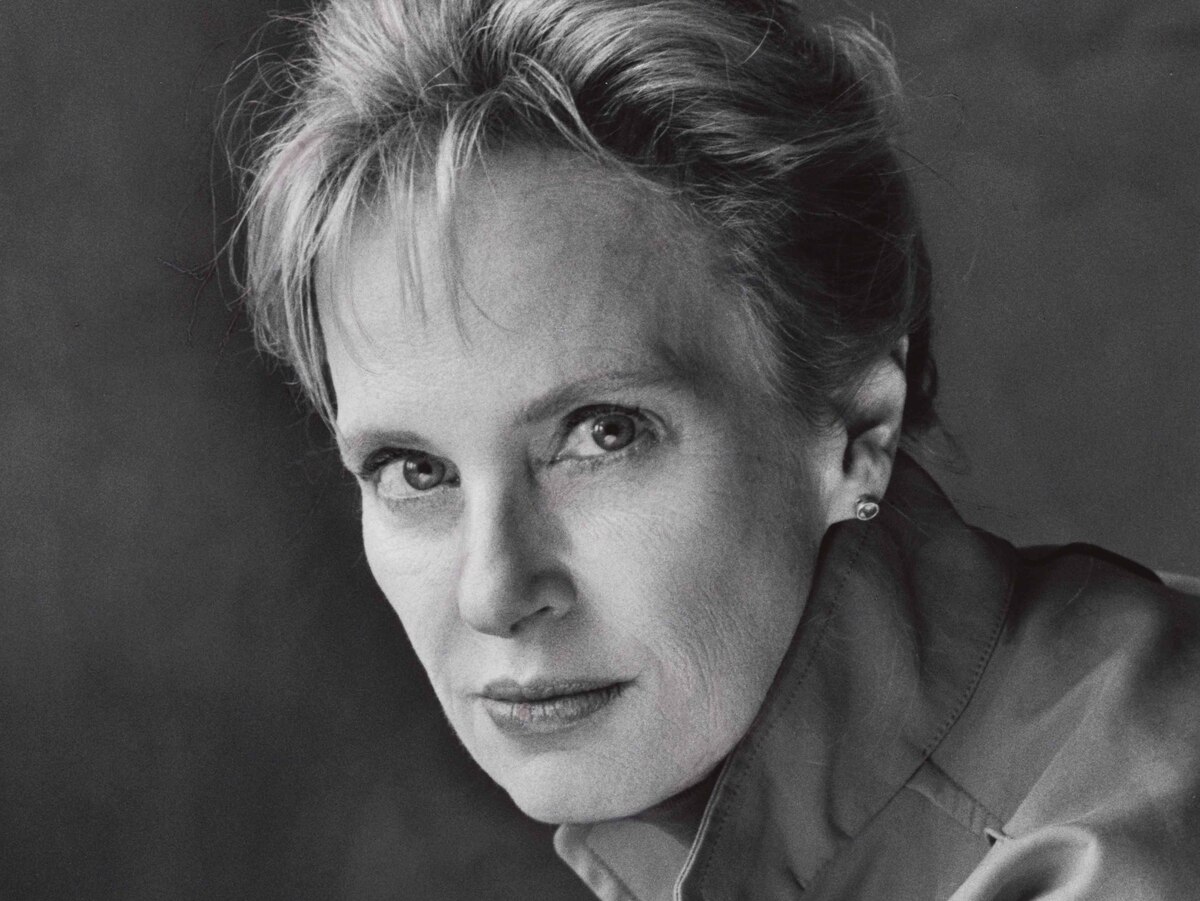 Siri Hustvedt's previous books include What I Loved and The Summer Without Men.

I felt it taught me things, wove French critical theory and Margaret Cavendish and artificial intelligence into something practical, meant to be worn and experienced. I was reminded of my first encounter with Tom Stoppard's Arcadia, listening to a radio play of it and feeling my mind expand as the laws of thermodynamics were explained to me through the medium of jam swirled into porridge. Though it's calculated to be relentless, I genuinely loved Burden's voice; it is flexible, playful, self-aware, and all but uses quotation as a form of composition.

Burden's journal entries are frequently footnoted, which I found illuminating and effective — not only was it gratifying to have unfamiliar references explained, the footnotes create a kind of elegant punctuation throughout the book, reminding me of Hess' editorial presence even at my most immersed. There is a moment, too, when "obscure essayist and novelist, Siri Hustvedt" is mentioned, and the asterisk leads to a footnote that begins "this paragraph is so compressed it suggests parody," and I just laughed because I was looking at Hess' gloss on one of Burden's pseudonyms writing about Burden's response to the author of the novel and it was something like a kaleidoscope made out of nesting dolls covered in mirrors and stuck in a tasteful frame.

Burden's art begins as small, highly detailed doll-houses stuffed with tricks, secrets, hidden meanings; by the end of the book she has created an enormous sculpture of a woman's body, one large enough to enter and inhabit, but filled with her miniature sculptures, and titled The Blazing World. The symmetries, relationships, and translations between the book-project and Burden's art installations are too many to enumerate, too sophisticated to describe, and too elegantly wrought to marshal into metaphor. I am left with tour de force. I am left with magnificent.

There is so much more to say — about the book's intimacies and clevernesses, how I was reminded of Coleridge's notebooks, how delighted I was by the meditations on gender and race, the loving nods to science fiction and James Tiptree, Jr., how raised were my eyebrows at whether I. V. Hess is a play on the Hunt and Hess scale for describing the severity of a brain hemorrhage (the cause of Burden's husband's death) — but to do so would be to describe to you my reflections in the Empathy Box. That would be pointless. But I invite you, indeed heartily encourage you, to step into it yourselves.

Read an excerpt of The Blazing World