Accessibility links
First Listen: Liars, 'Mess' A band with a taste for reinvention takes on the blippy moodiness of '80s acts like Depeche Mode, Erasure and Yaz. 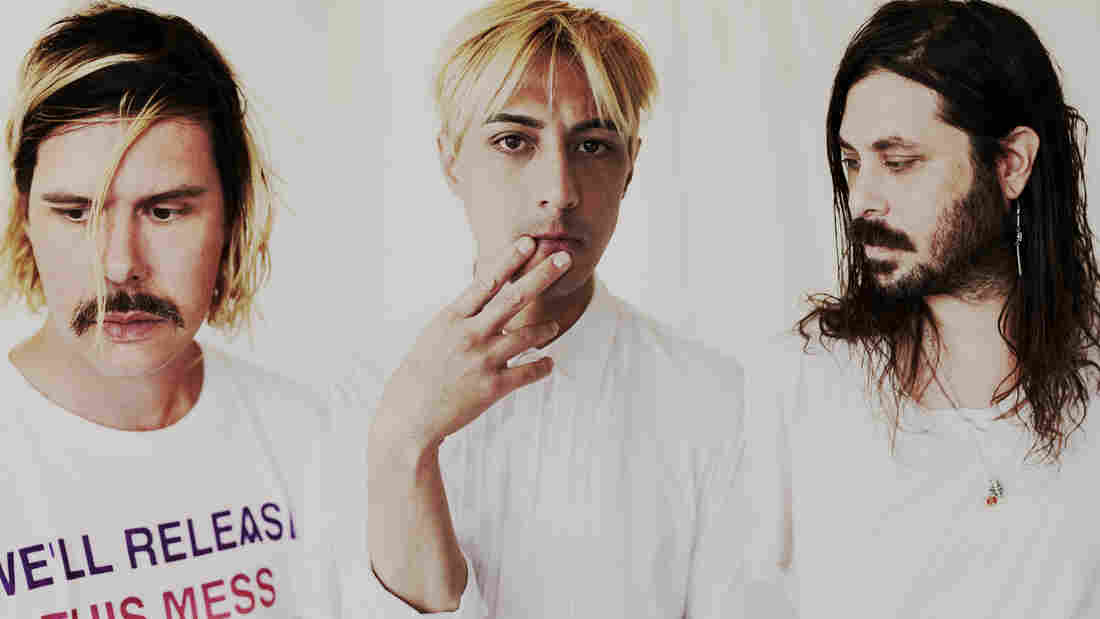 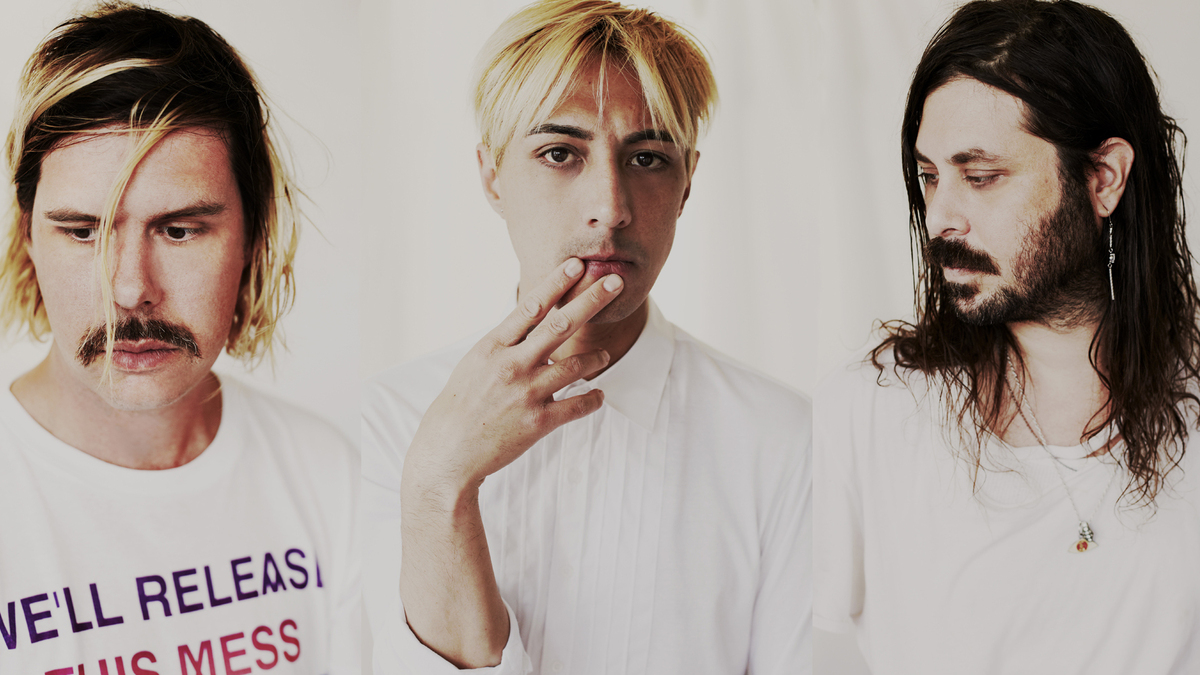 Jiro Schneider/Courtesy of the artist

For a band originally slotted under the postpunk "angular guitar" descriptor, Liars threw plenty of curveballs in their 2001 debut, 2001's They Threw Us All In A Trench And Stuck A Monument On Top. There was the ESG sample midway through, then came closer "This Dust Makes That Mud," which turned into a 20-minute loop of noise. With each subsequent Liars album, there was a stylistic swerve, from the tribal drum ethno-wave of 2004's They Were Wrong So We Drowned to the Jesus and Mary Chain garage rock of Liars (2007).

So when your oeuvre is built on left turns, how better to throw your fan base for a loop than by going straight ahead? For 2012's WIXIW, Liars sloughed off the black leather of Liars and instead explored clammy electronic pulses that suggested the ambient purgatory of albums like Aphex Twin's Selected Ambient Works II and U.K. producer Actress's R.I.P. And in some aspects, Mess finds the trio of Aaron Hemphill, Angus Andrew and Julian Gross continuing to investigate the electronic textures of their previous album.

Yet the new album embraces the type of electro-pop that underpins the catalog of the band's parent label, Mute. Throughout the early 1980s, Mute Records built its brand on the likes of Depeche Mode, Erasure and Yaz. On songs like "Vox Turned D.E.D." and "Can't Hear Well," Andrew uses his baritone to mimic the icy intonations of these hallmark acts, the gothic synth chord changes of Hemphill and Gross following suit. "I'm No Gold" even finds Liars doing Adult.-esque electro.

Some of the Europop moves on Mess are so spot-on that one gets the feeling that Liars are taking the piss. When Angus Andrew screws his voice down on opener "Mask Maker" to croak "Take my pants off / use my socks / smell my socks / eat my face off," he sounds less like Dave Gahan or Andy Bell and more like Gibby Haynes of Butthole Surfers. While known for their psychotic take on psychedelic rock, the Butthole Surfers also delivered stylistic U-turns of their own in the '80s and '90s, delivering skewered takes on Europop and electronic music. So Liars are at once paying homage to their forebearers and moving forward. There's been an underlying sonic mischieviousness in Liars' music over the last decade, and on Mess, the band finally foregrounds it.