Accessibility links
With Less Financial Security, Older Workers Stay On The Job Barely half of Americans say they're confident they'll be able to retire comfortably. Now, many are staying in the workforce longer — and some companies are using that trend to their advantage.

The laboratories at The Aerospace Corp. in El Segundo, Calif., look more like a bunch of stuff from the hardware store than the set from Star Trek. But physicist John Hurrell gazes at a nondescript collection of tubes with admiration. It's a transmission electron microscope.

"This is one of the pieces of equipment which will enable us to get down pretty well to atomic-level sensitivity," he says. 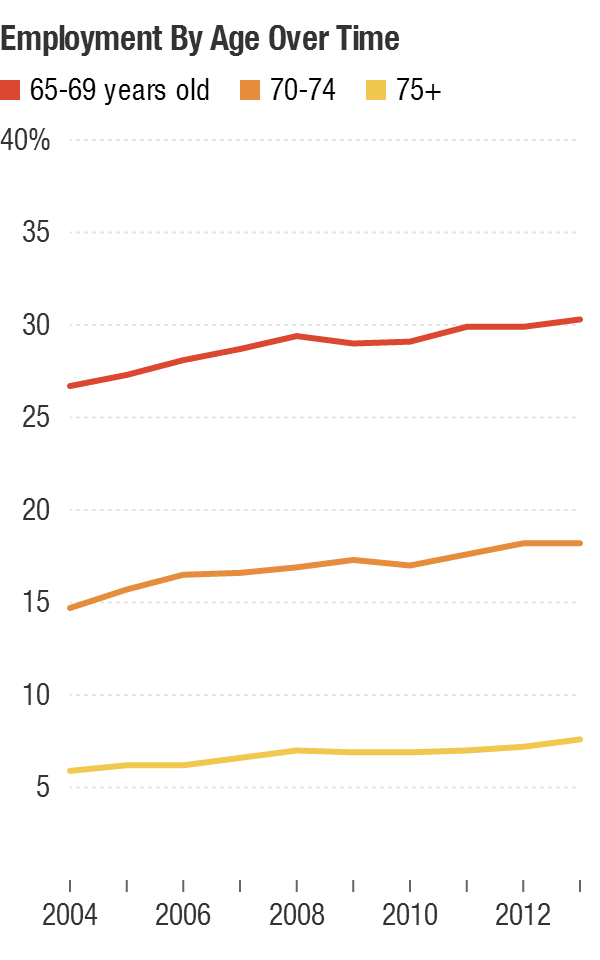 Hurrell is 75 years old. Technically, he's been retired for 10 years. Now he works part time, just another one of the scientists here who try to make sure that multimillion-dollar satellites stay in orbit and do what they're supposed to. "The most prized component we can be having here is a failed part," Hurrell says with glee. That's how scientists here can make sure "that future parts will not fail."

Hurrell is what's known at The Aerospace Corp. as a "retiree casual." They may be regular part-timers, or just come in for special projects; it's up to the company. But at any given time, they make up about 10 percent of the workforce.

"It is a significant factor in our ability to meet our customers' needs," says Steven Moss, Hurrell's supervisor. Moss says experience counts, especially in an emergency.

"There may be hundreds of possibilities about why a device failed," explains Moss. "So people like John, that have seen these kinds of problems over and over again, bring a significant amount of value to the table. The customers still call for him by name."

The Aerospace Corp. has offered casual work to retirees for 30 years, according to Charlotte Morrison, the head of human resources. That includes employees from every department, including her own.

"One of them does the orientation every Monday for the new hires that come in. Another one does some clerical work," she says.

Increasingly, older Americans are staying in the workforce longer. According to census figures, that includes more than 30 percent of people between the ages of 65 and 70.

A new study from the Employee Benefit Research Institute released Tuesday suggests the reason that number is expected to increase: Just 55 percent of Americans say they're confident they'll be able to retire comfortably. And that's an improvement over the past few years. 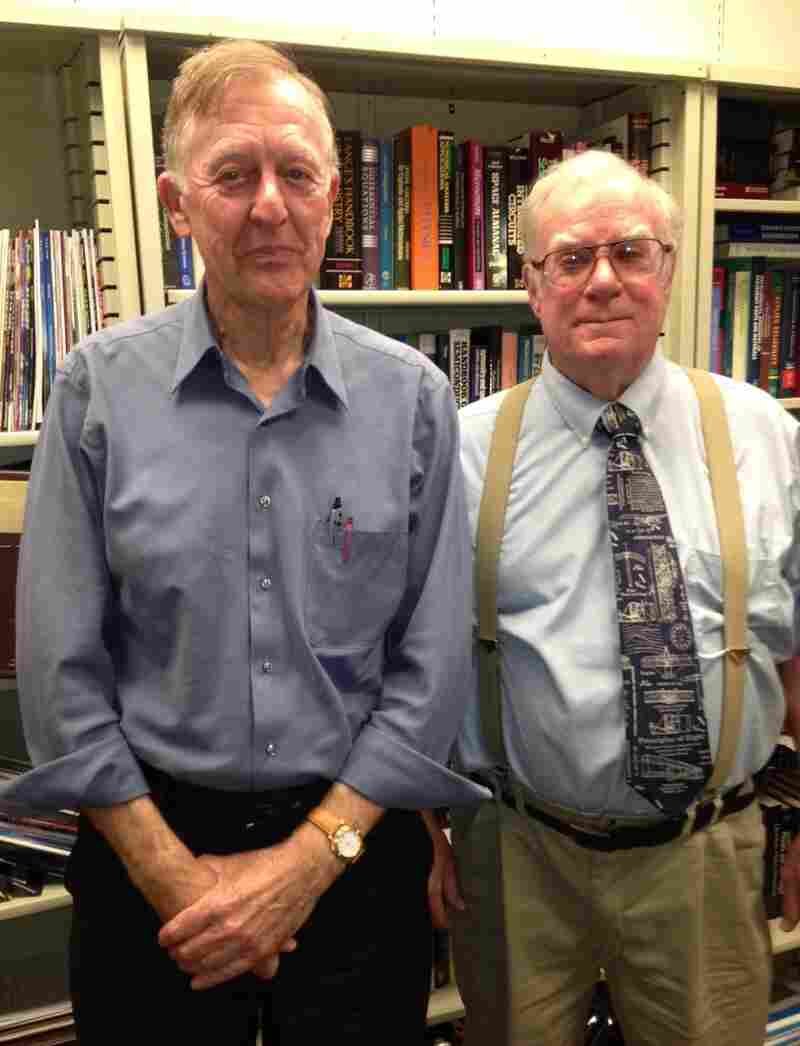 John Hurrell (left) is a 75-year-old physicist at The Aerospace Corp. His boss, Steven Moss, says having older workers on staff is beneficial because of their experience. Ina Jaffe/NPR hide caption 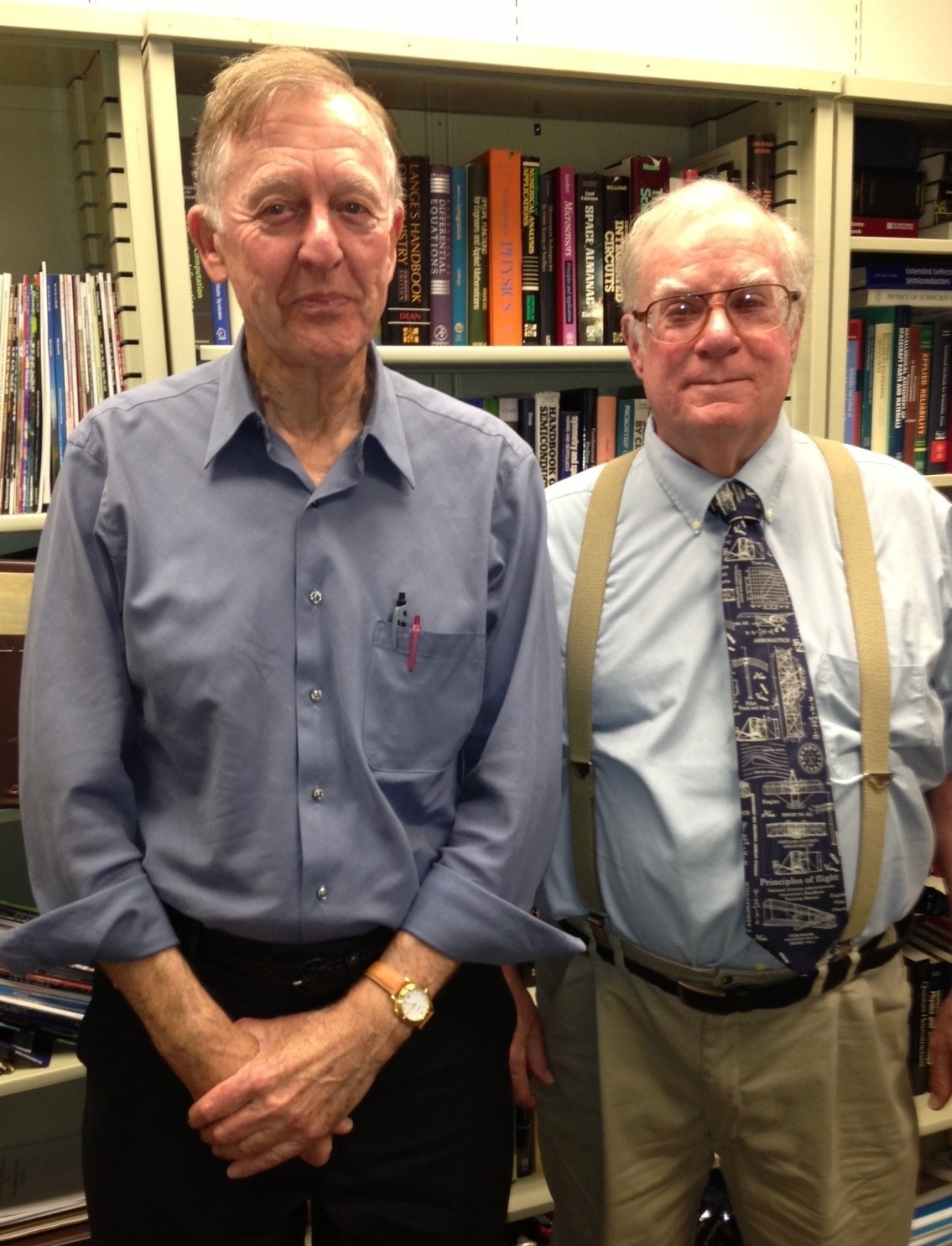 John Hurrell (left) is a 75-year-old physicist at The Aerospace Corp. His boss, Steven Moss, says having older workers on staff is beneficial because of their experience.

But few companies have gradual retirement programs like the one at The Aerospace Corp. Anna Rappaport, who heads a committee on post-retirement needs at the Society of Actuaries, says most workers just have to figure out something on their own.

But it's not just about the money. A number of surveys suggest older Americans are equally interested in working because they find it satisfying.

Elizabeth Fideler, a research fellow at the Sloan Center on Aging and Work at Boston College, focuses on older professionals. When she asks them about quitting work cold turkey, this is what she hears:

" 'I will not any longer have the reason to get up in the morning. I will no longer have my colleagues, people I've worked with for years and I've enjoyed. I'm afraid my brain will turn to mush, and then what'll I do?' " recounts Fideler. "So a gradual program can be just the ticket."

Those fears are shared by a lot of workers who aren't doctors or lawyers or professors. Tim Driver, CEO of RetirementJobs.com, says those "mass market" workers are his clients, "people who during their earlier years earned somewhere between $30[,000] and $80,000 a year."

Driver tries to find employers who are friendly to older adults and their desire for part-time work. Unfortunately, he says, a lot of employers aren't. Age discrimination, he says, is one of the reasons his clients are looking for work in the first place.

"The good news is [age discrimination] is slowly eroding. The bad news is it's not eroding at the rate that would be appropriate to welcome back all of these older Americans into the workplace," Driver says.

That's going to disappoint and frustrate a lot of people. A recent survey commissioned by The Associated Press found that more than 80 percent of workers over age 50 expect to keep working in what we used to call retirement.