Accessibility links
Q&A: A Crash Course On Common Core The new benchmarks in reading and math have been adopted in 45 states and Washington, D.C. But there's still plenty of confusion about what exactly the standards are, and what they mean for students. 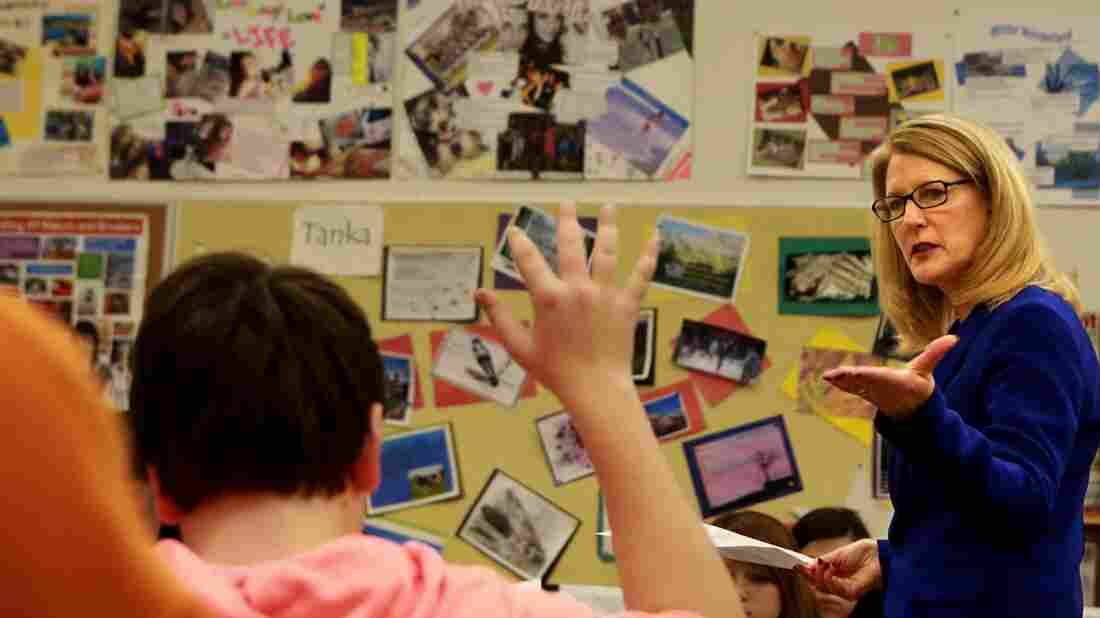 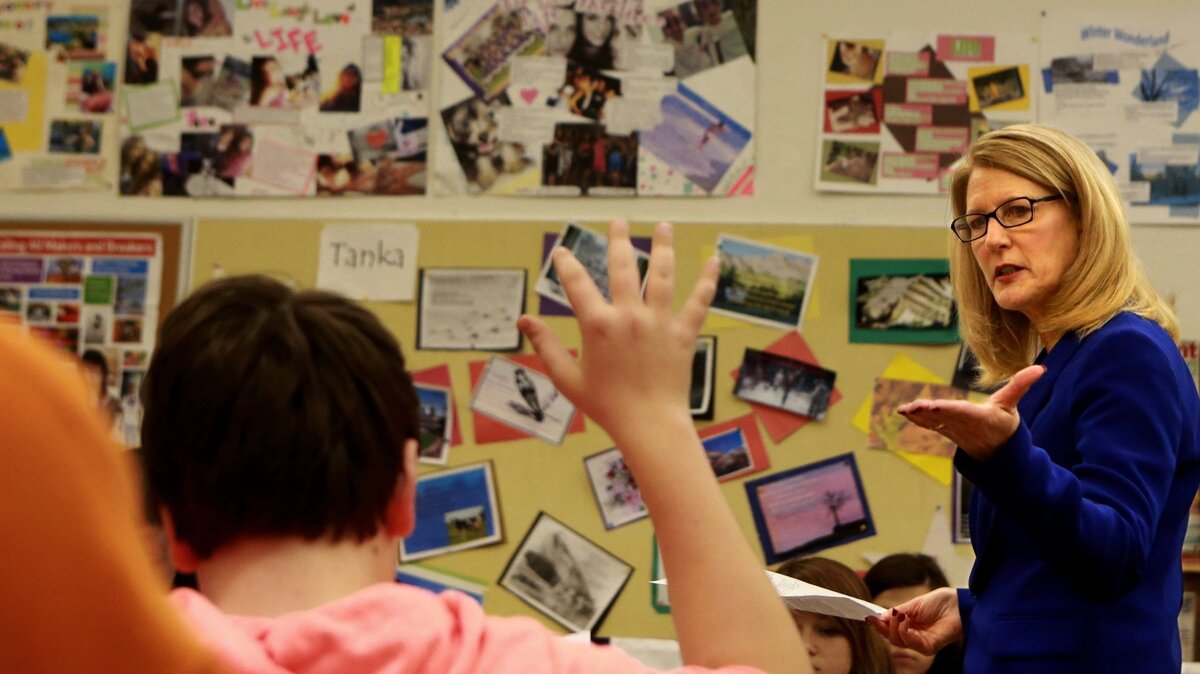 Confused about the Common Core State Standards? Join the club. That's not to say the new benchmarks in reading and math are good or bad, working smoothly or kicking up sparks as the wheels come off. It is simply an acknowledgement that, when the vast majority of U.S. states adopt a single set of educational standards all at roughly the same time, a little confusion is inevitable.

Below is a handy FAQ about Common Core. We'll continue answering your questions in the coming months. You can post them in the comments section, or on Twitter and Facebook using #commonq.

What are the Common Core State Standards?

With the Core, it's best to begin at the beginning. They are benchmarks in English language arts and math that clarify the skills each child should have at each grade level. From the Common Core's own website: "The standards were created to ensure that all students graduate from high school with the skills and knowledge necessary to succeed in college, career, and life, regardless of where they live." If you have a few hours you're looking to fill, you can tuck into the standards one by one.

The standards have been adopted in 45 states and the District of Columbia. One good way to understand what they are is to know what they're replacing. States control their learning standards, and Common Core doesn't change that. But before the Core, state standards varied widely across the country and, in many cases, were weak and outdated. The Core standards are widely considered an upgrade.

The other problem the standards are meant to address is student mobility. Kids move around a lot. The 2000 census found that 18 percent of kids had moved in the last year. And, when they moved from school to school or state to state, many found themselves struggling to cope with very different standards.

Opponents of the Common Core argue that the standards tell teachers what texts they should teach. Do they?

Not really. The only required reading from Common Core comes in the 11th and 12th grades, when kids will be expected to read and understand foundational documents of historical and literary significance: the Declaration of Independence, the Preamble to the Constitution, the Bill of Rights and Lincoln's second inaugural address.

Much of the confusion comes from the Core's Appendix B. It includes dozens of titles that the Core's writers consider "text exemplars" — in other words, suggestions for teachers looking for age-appropriate reading material that will help their students reach Core benchmarks. They include everything from Green Eggs and Ham to Shakespeare's Sonnet 73. But these texts are recommended, not required. The standards also call for a balance of informational texts and literature but, again, do not require specific books or reading materials.

Will the Core come with new standardized tests?

Yes. The states that have adopted the Core have divided into two consortia, and each will soon field-test new, Common-Core-aligned assessments. Beginning next week, some 4 million students (in grades three to 11) will take these new tests in math and language arts for the first time. This early testing will help test makers figure out what test items truly gauge "proficiency" (or grade-level skills) and what the cutoff scores should be. These tests are expected to be tougher for many of the children who take them. New York, an early adopter of the Core, has already administered Core-aligned tests and seen significant drops in student scores.

How do teachers unions feel about the Common Core?

That's tricky. Both the National Education Association and American Federation of Teachers support the standards, but their rank-and-file are uncomfortable and increasingly unhappy with the standards' implementation. Seven out of 10 teachers say the transition to a curriculum tied to Common Core isn't working. Two-thirds of teachers say they were not asked for input on how to develop the implementation plan. Teachers also say they need time to make sure they understand the standards and are able to talk to parents about them. In the meantime, the unions are calling for a delay not in implementation of the new standards but in holding teachers accountable for test results. In California, Gov. Jerry Brown has already said teachers there won't be judged this year on student performance as the state transitions from old standards to new.