Accessibility links
Movie Review - 'Divergent' - It's Faction Against Faction In A Grim Future Chicago With Divergent, Hollywood turns to another hit young-adult trilogy for inspiration. Shailene Woodley stars as a 16-year-old searching for her place in a divided dystopian society.

It's Faction Against Faction In A Grim Future Chicago

It's Faction Against Faction In A Grim Future Chicago 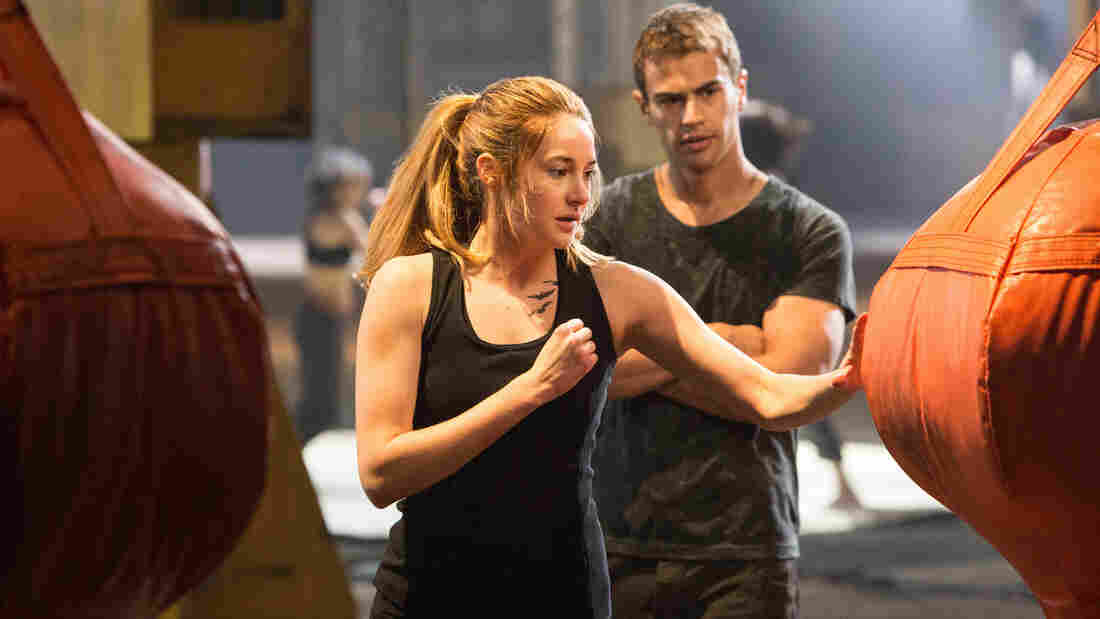 Tris (Shailene Woodley) and Four (Theo James) train hard as part of the warrior faction Dauntless in Divergent, based on the novel by Veronica Roth. Jaap Buitendijk/Summit Entertainment hide caption 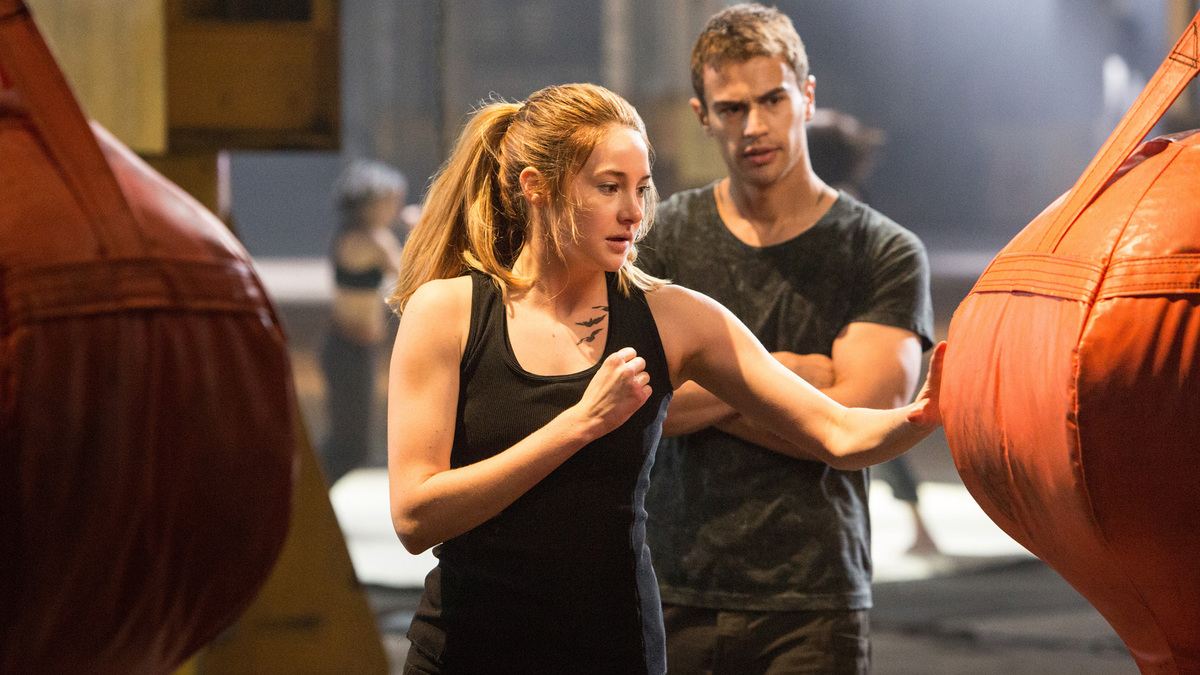 Tris (Shailene Woodley) and Four (Theo James) train hard as part of the warrior faction Dauntless in Divergent, based on the novel by Veronica Roth.

In the first of three movies adapted from Veronica Roth's trilogy, Beatrice (Shailene Woodley) lives in a trashed, walled-in Chicago where everyone belongs to one of five castes: Abnegation, Amity, Candor, Dauntless or Erudite. Each has a function that, when meshed together, should yield a smoothly functioning society.

Beatrice grew up in Abnegation, where rejection of self-interest means it's the group that runs the government. But she's about to turn 16, and so will take a test that determines which faction she'll join for the rest of her life. The exam is future-Chicago's SAT, in which the essay question has been replaced by a drug-induced hallucination that reveals a person's true nature.

Beatrice's test is administered by Tori (Maggie Q), a high-tech proctor who doubles as a tattoo artist. (It's sort of like how barbers used to also be surgeons.) An alarmed Tori warns the girl that she has attributes of several clans, making her "Divergent." This is as bad, apparently, as being a cheerleader and also belonging to the computer club.

Divergents are a threat to the system, and particularly hated by the Erudite, whose societal role seems to be scheming against everyone else. The group is led by icy Jeanine (Kate Winslet, in essentially the same mean-girl-of-tomorrow role as Jodie Foster in Elysium).

Cloaking her nonconformist identity, Beatrice joins the Navy SEAL-like Dauntless, and crops her name to Tris. She keeps her long hair, though, which would seem a disadvantage during basic training in which big boys fight hand-to-hand with girls — even tiny ones like Tris' new pal Christina (Zoe Kravitz). One of the girls' antagonists is played by smirky Miles Teller, Woodley's costar in The Spectacular Now.

Tris struggles not to be cut from Dauntless, her lack of physical strength offset by certain qualities she's not supposed to have. Soon, the conflict shifts from training facilities to the streets, where Tris defends her former clan and her parents (Ashley Judd and Tony Goldwyn).

Director Neil Burger, whose last divergent character was the smart-drugged protagonist of Limitless, allocates more than enough of this overlong movie to details of life and society in future-Chicagoland. But he fails to make any aspect of the premise persuasive.

And the story's absurdities are, well, limitless. The community can't fix its wrecked buildings and infrastructure, yet has developed all sorts of futuristic weapons and mind-control devices. These technological marvels are funded by a city-state whose only industry is growing food for its own citizens, and apparently authorized by a government run by an Amish-like sect that prizes harmony and humility.

The wackiest thing is that this fable of adolescence barely considers sex. Male and female Dauntless recruits share a dorm and a partition-less bathroom, yet only Tris and her hunky instructor/protector, Four (Theo James), express the desires that monopolize most teenage imaginations.

Divergent deftly integrates live-action and CGI, and pictures a suitably drab post-disaster future. The landscape is less grim, however, than the score, which crushes every big moment under a power ballad. In this dismal future, even the Erudite need schlocky musical cues to know how they're supposed to feel.