Accessibility links
Rural Appalachia Helps Some Women Save For Retirement An experimental program is trying to teach self-employed women the importance of long-term financial security. "You take care of yourself because nobody else is going to," one recruiter says.

Anita Wallace has run a day care in her home in rural Athens County, Ohio, for eight years. The schedule is more family-friendly than when she logged 60 hours a week as a manager at Wal-Mart, and the pay is about $27,000 a year — not bad for the area.

Wallace adores the children, getting down on the floor to let toddlers snuggle on her shoulder. But Wallace, 40, and her husband, 47, also have three of their own kids to raise.

"They're very expensive!" she says, laughing, as her own children — two still live at home — inform her of the new track uniforms they need. 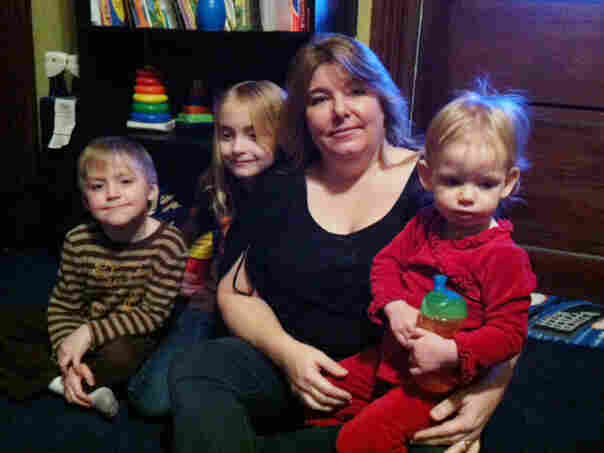 Anita Wallace runs a child care service in rural Athens County, Ohio. She hadn't saved much for retirement before the Appalachian Savings Project offered to match half of her savings up to $600. Jennifer Ludden/NPR hide caption 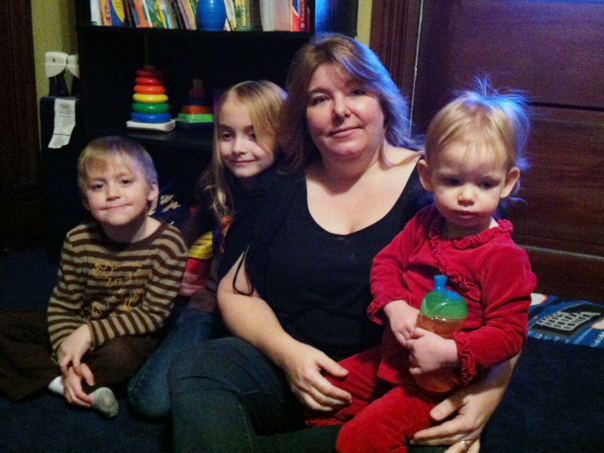 Anita Wallace runs a child care service in rural Athens County, Ohio. She hadn't saved much for retirement before the Appalachian Savings Project offered to match half of her savings up to $600.

As an in-home child care provider, Wallace is self-employed. She has no company 401(k). She gets generous tax deductions, and she says she's grateful for those. But it means she's paying Social Security on just a measly $5,000 of income and will have only that to draw from in retirement — plus a little in a savings account and some cash she hides in a sock. She knows she'll need more.

"But when you're self-employed, it's hard to get into certain retirement funds," she says, "or to think about it and plan for it."

A new report released by the Employee Benefit Research Institute this week warns that Americans as a whole have saved alarmingly little for retirement, and in fact many at the bottom end of the pay scale are at risk of running out of money. In Appalachia, a small program aims to ease this looming crisis by re-creating the savings plans so many companies no longer provide.

The Appalachian Savings Project works exclusively with female child care workers, such as Wallace. It made her an offer: If she saved $600 in a year in U.S. savings bonds, it would match half of that.

Wallace now has an account with the Treasury Department and automatically deposits $50 a month.

The program uses private money, but it's modeled after the little-known federal saver's tax credit, designed to reward low- and moderate-income families that save for retirement. Diane Browning, who runs the Appalachian Savings Project for the Women's Institute for a Secure Retirement, hopes to show that expanding that credit could help ease a retirement crisis.

"The reality is that more and more people are getting jobs without any benefits, and our public policy hasn't adapted," Browning says. "We put the match directly into their savings account. It isn't used for consumption; it's used for long-term investment."

In return, participants last year had to attend four workshops on financial education. Along with how-to lessons on Social Security and Medicare, it taught women that, according to research, they're prone to putting their kids' needs ahead of their own.

"Even now I don't save as much as I could because I still feel like I have to help my kids," says Juanita McLead, who attended the session. McLead has run a child care center in her basement for three decades. She's 60 but didn't start saving for retirement until after her divorce, seven years ago.

She says the Appalachian Savings Project has motivated her to do more.

But overall, the project has been bumpy. Women complained that they didn't have time to attend financial education classes, so this year they're voluntary. And even though this tiny program is giving away money, it's been surprisingly hard to find takers: Child care workers often say they just have nothing to spare.

"We need more people to realize you take care of yourself because nobody else is going to," says Maureen Boggs of the Corporation for Ohio Appalachian Development, which is recruiting women for the savings project.

Boggs says she can relate; she was a child care worker for 15 years and didn't save either. But with working-class wages stagnant — and people living longer than ever — she says the stakes are high. She sees it in local stores and the area's big-box retailer.

"How many clerks are at those cash registers that are in their 80s?" she says. "They're not able to be home. And they look awfully tired."

To start, Boggs says the amount people set aside is not as important as getting into the habit of doing it. No matter how low their wages, she wants women to realize they can save. And then, save more.