Accessibility links
Kids These Days: Growing Up Too Fast Or Never At All? Many of today's parents spent their childhoods playing on dangerous playgrounds and spending a lot of time unsupervised. Hanna Rosin says their kids need to take those same risks to feel independent.

On the cover of the April issue of The Atlantic there's a picture of a boy who could be 6 or 7. He's looking to the right toward an adult, whose hand he's holding. He's also wearing a helmet and knee pads. And — for further protection — he has a pillow strapped to his torso. 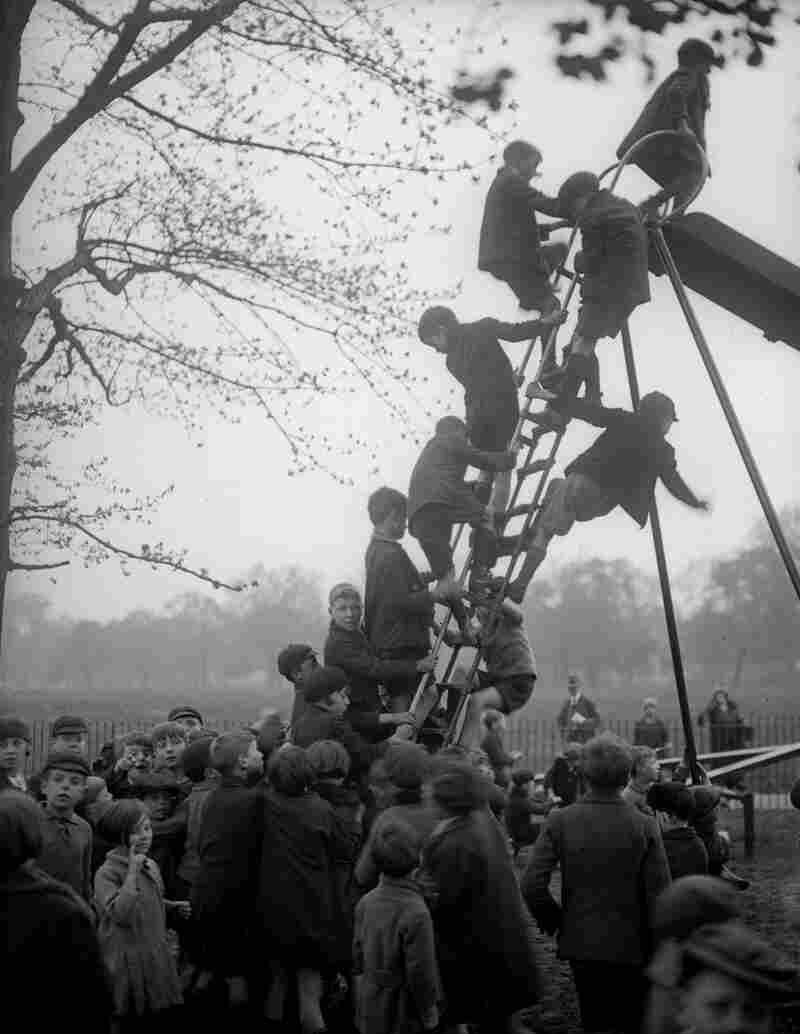 Hanna Rosin says when kids do things that feel risky on a playground, it allows them to conquer a fear and gain independence. Fox Photos/Getty Images hide caption 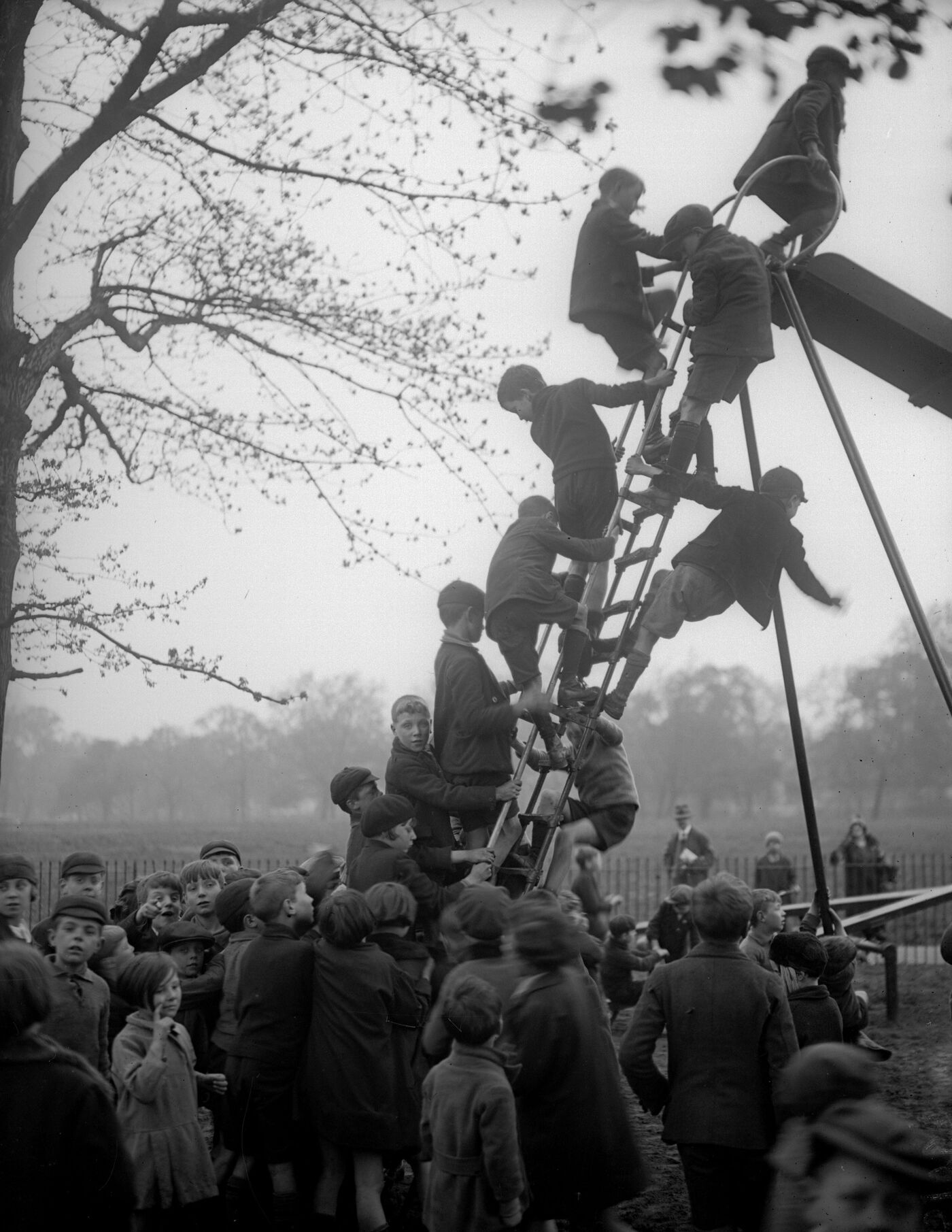 Hanna Rosin says when kids do things that feel risky on a playground, it allows them to conquer a fear and gain independence.

The cover art is for Hanna Rosin's article, "Hey Parents: Leave Those Kids Alone," about the overprotected child.

In an interview with All Things Considered, Rosin tells host Robert Siegel that she had long wondered why statistics show that today's parents both work more and spend more time with their children than previous generations. She says it has to do with the lack of independence people allow their children these days.

"What's happened now is we've swung way too far in the other direction such that we've become preoccupied with safety, and that's really having an effect on the culture of childhood so that we're stripping children of their independence, of their ability to take risks, which are key to a happy childhood," she says.

You can read highlights from the conversation below.

Also, we want your thoughts — are the children of today overprotected? Please take the poll below.

On too much supervision

On letting kids manage their own risks

I think we have this assumption now that children can't manage their own risks; that a child does not have the capacity to manage either a physical or an emotional risk unless we step in and manage it for them. But there's something a little bit unnatural about that. I think the process of growing up is the process of learning to manage those fears. When children used to play in playgrounds, they used to do things that felt risky to them. And I said, felt risky. That doesn't mean they were dangerous but they felt dangerous, and a child's sense of conquering that fear is what allows them to feel competent and independent.

On "junk playgrounds" in the U.K.

They're called junk playgrounds, or sometimes adventure playgrounds. They were relatively common in the 1940s in wartime U.K. and there they were kind of in tune with the parenting norms, which is that children should be risky; they should grow up to be courageous and brave. They've had a little bit of a revival lately and I went to visit one. It's remarkable by American standards. Children are playing with old tires, they're playing with hammers, all kinds of sharp tools, they're building fires all over the playground by themselves. ... Most parents would say children should get burned and that would be the end of the conversation. You say risk, we hear danger — risk and danger are not the same thing, in fact.

One sad thought I had while doing this is that we often say children grow up too fast, but maybe they never get the chance to grow up at all — to take the necessary interim steps in order to feel independent, in order to manage risk, in order to manage sadness. I love the close relationship I have with my children. This is going to be a fine line we all try to walk without having a suffocating or stifling relationship with them.