Accessibility links
Doomed 'Dune' Was Generations Ahead Of Its Time Scott Simon spoke to Frank Pavich about Jodorowsky's Dune, his new documentary about filmmaker Alejandro Jodorowsky's failed 1970s attempt to make an adaptation of the bestselling sci-fi novel. 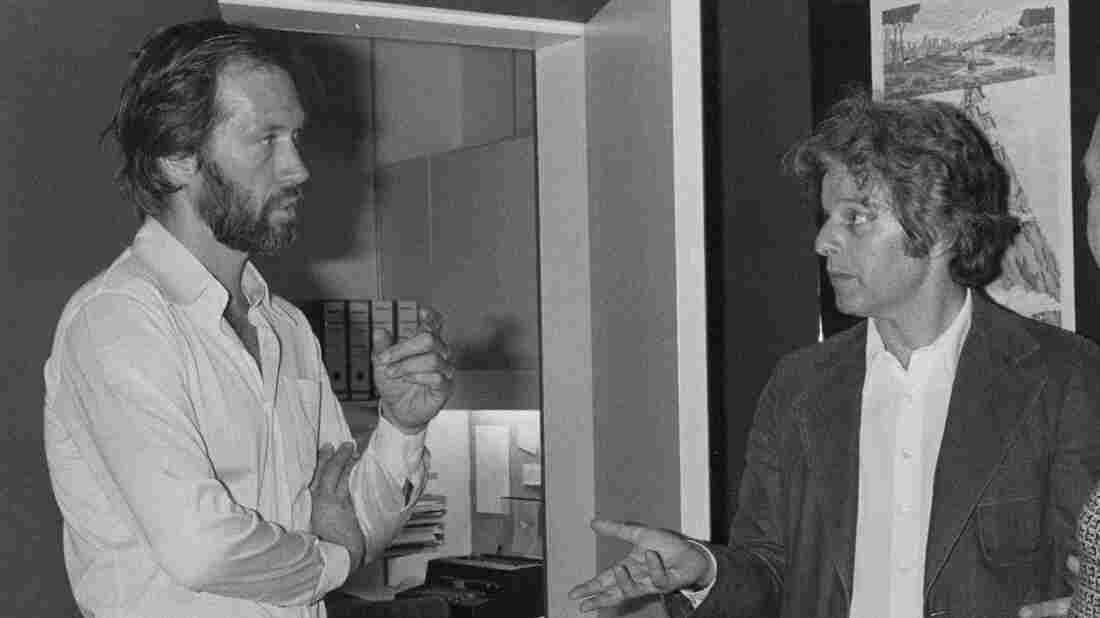 David Carradine was one of the actors chosen by Alejandro Jodorowsky for his film adaptation of Dune, an ultimately doomed project that is the subject of Frank Pavich's new documentary Jodorowsky's Dune. Courtesy of Sony Pictures Classics hide caption 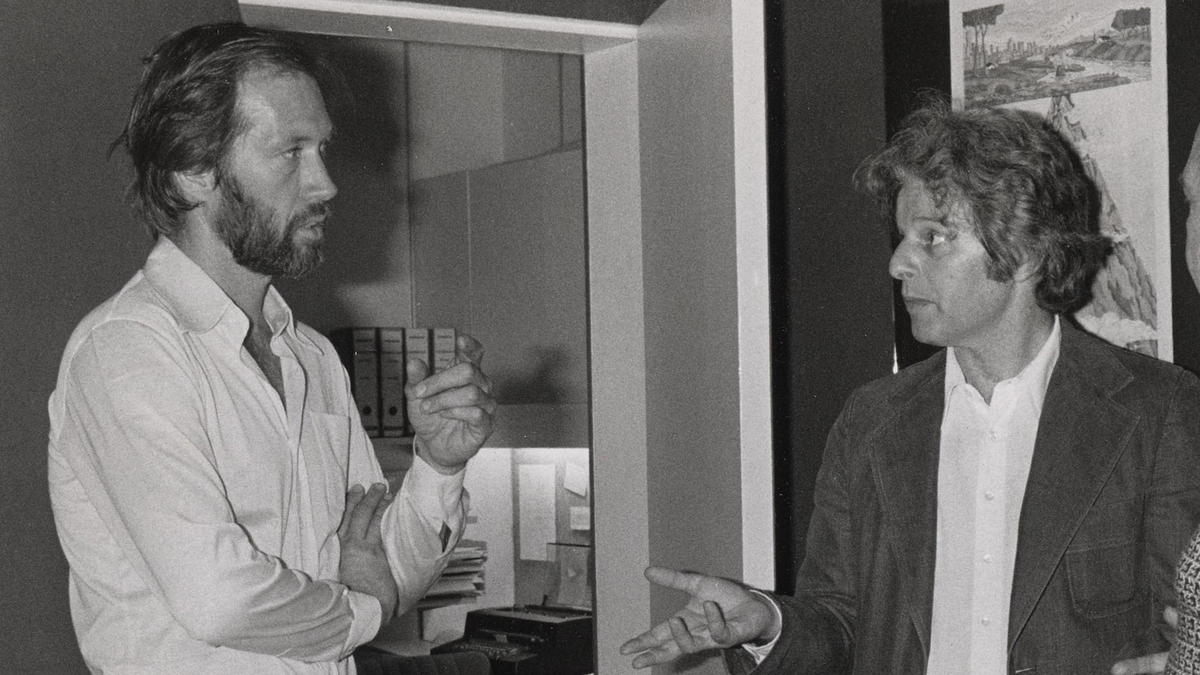 David Carradine was one of the actors chosen by Alejandro Jodorowsky for his film adaptation of Dune, an ultimately doomed project that is the subject of Frank Pavich's new documentary Jodorowsky's Dune.

Dune, by Alejandro Jodorowsky, was an ambitious and expensive film that was going to change cinema — and, the filmmaker imagined, the world.

Jodorowsky had already made a name for himself with El Topo in 1970 and The Holy Mountain in 1973, two movies that more or less invented the "midnight movie" phenomenon back when that was a euphemism for tripping.

The story for Dune came from Frank Herbert's 1965 novel, the bestselling science fiction book of all-time. It's a story that features other worlds, dauntless desert warriors and even a hallucinogenic spice. Jodorowsky's film version was set to star David Carradine, Orson Welles and even Salvador Dali, with music by Pink Floyd. 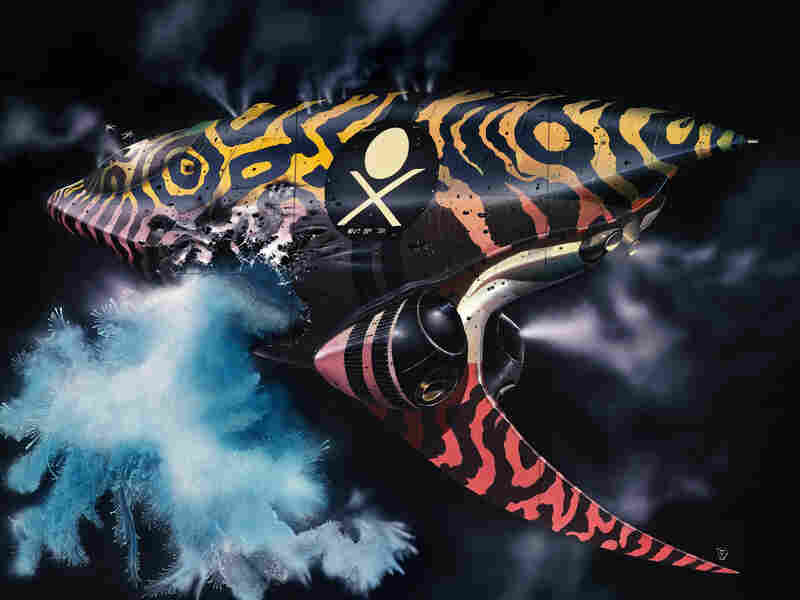 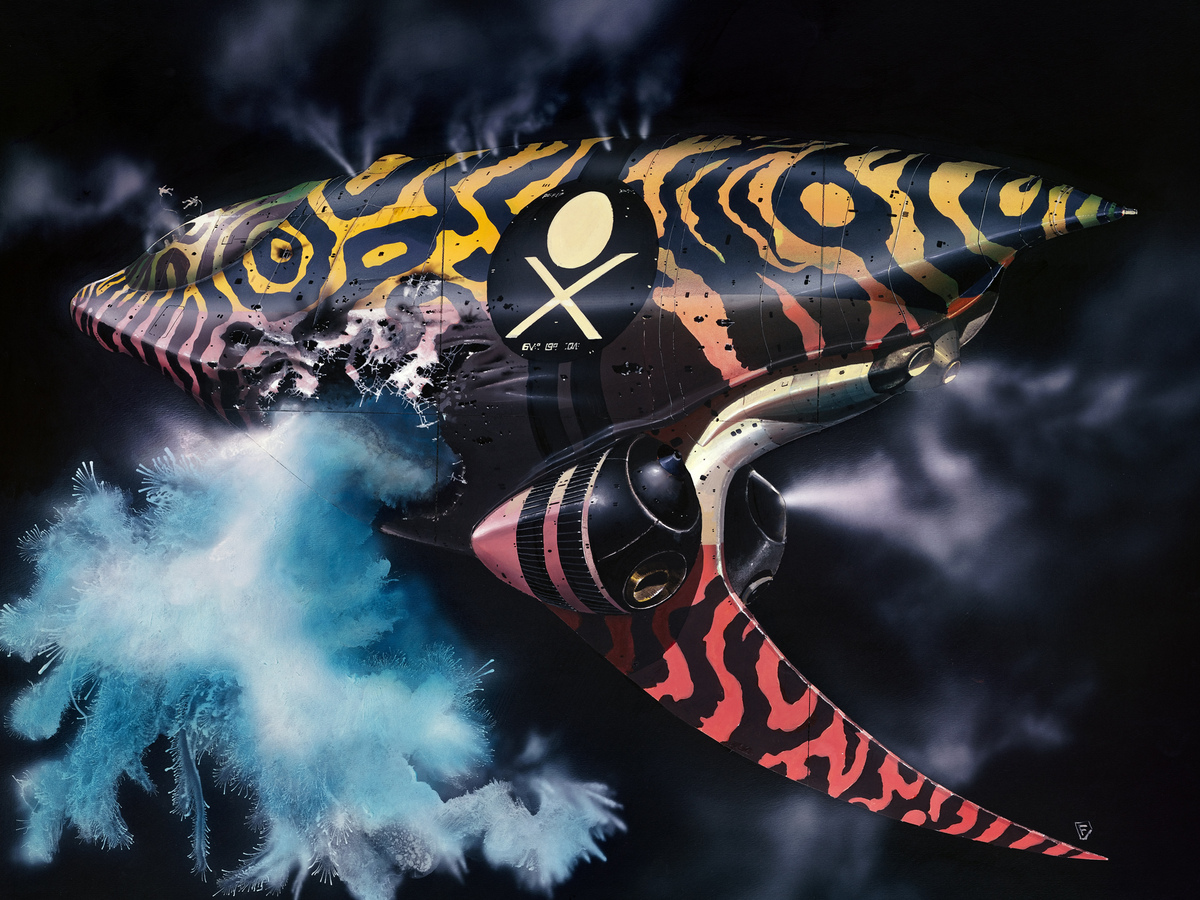 But Jodorowsky's Dune never got made. In fact, it never really made it off of a few pieces of paper. Well, a few thousand.

Now the legend of what's been called the Greatest Film Never Made is recounted by Frank Pavich in his new documentary, Jodorowsky's Dune. NPR's Scott Simon spoke with Pavich about a story that he says was screaming to be told.

On Jodorowsky's inspiration for Dune

He says it was kind of like divine inspiration. His producer said to him, "What do you want to do?" And he just said, "Dune." And he hadn't read it at that time, but a friend of his had told him that it was a good book. So it kind of came to him from the heavens.

On the team Jodorowsky gathered for the film

He had a team of artists, which he dubbed his "spiritual warriors." [There] was a French comic book artist named Moebius [the pseudonym of Jean Giraud] ... a British sci-fi artist named Chris Foss ... the Swiss surrealist H. R. Giger ... and there was a gentleman named Dan O'Bannon who was going to come in and do special effects. And this team of spiritual warriors worked with Jodorowsky for a good two years in Paris. And all the costumes were designed — all the vehicles — everything was created. Everything was storyboarded: every camera movement, every bit of dialogue, everything that you would see in the picture was completely drawn out and fully realized on paper. And it was all put together into this giant, 30-pound book ... that they took around with them, trying to get the final financing.

On the actors slated to participate in the project

David Carradine was attached to play Duke Leto, who is one of the main characters of the film. Jodorowsky had seen Kung Fu and was quite taken with Carradine as a personality. And he invited Carradine to come meet him at his hotel. And [Jodorowsky] had a big bottle of vitamin E, which was just, as he says, "To take one pill every day, in order to have the strength." And so he just had this sitting on the table. And he said that Carradine came over, opened the door, and said, "'Oh, vitamin E!'" And just unscrewed the top and ate the entire bottle of vitamin E. To which Jodorowsky says, "It was like a monstrosity!" And then he turned to him and said, "You are the person I am searching for."

[Dali] was the hardest one for him to get. They had to kind of chase Dali — as Jodorowsky says, seduce Dali — all over the world, essentially, until they could finally get him to commit to play this role. After many, many demands, his final demand was that he be paid $100,000 an hour. So he wanted to be able to scream from the rooftops that he was the highest paid actor in Hollywood.

On why the film ultimately was not made

He was literally ahead of the time. He was trying to make his big-budget science-fiction space opera at a time when Hollywood didn't understand that. Didn't understand that that was marketable, that that was a smart idea financially. This is pre-Star Wars, pre-science fiction revolution. So I think he was literally generations ahead of the audiences and the people with the money.

I think without Jodorowsky...the landscape of film today would be very different.

On the impact that Jodorowsky's Dune had on film, even though it was never made

I think without Jodorowsky hiring these individuals, and without them all coming together in Paris for that two-year period and creating all of this artwork, and coming up with all of these ideas, I think the landscape of film today would be very different. Starting with the obvious one which we speak about in the film, which is Alien. Everybody from that team went on to go make Alien with Ridley Scott. I think it's pretty indisputable as to how influential Alien is, and so on down the line.