Accessibility links
Commuters Ditch Cars For Public Transit In Record Numbers More Americans are hopping on buses or taking trains to get to work. Ridership in the U.S. is now the highest it's been in more than a half-century. 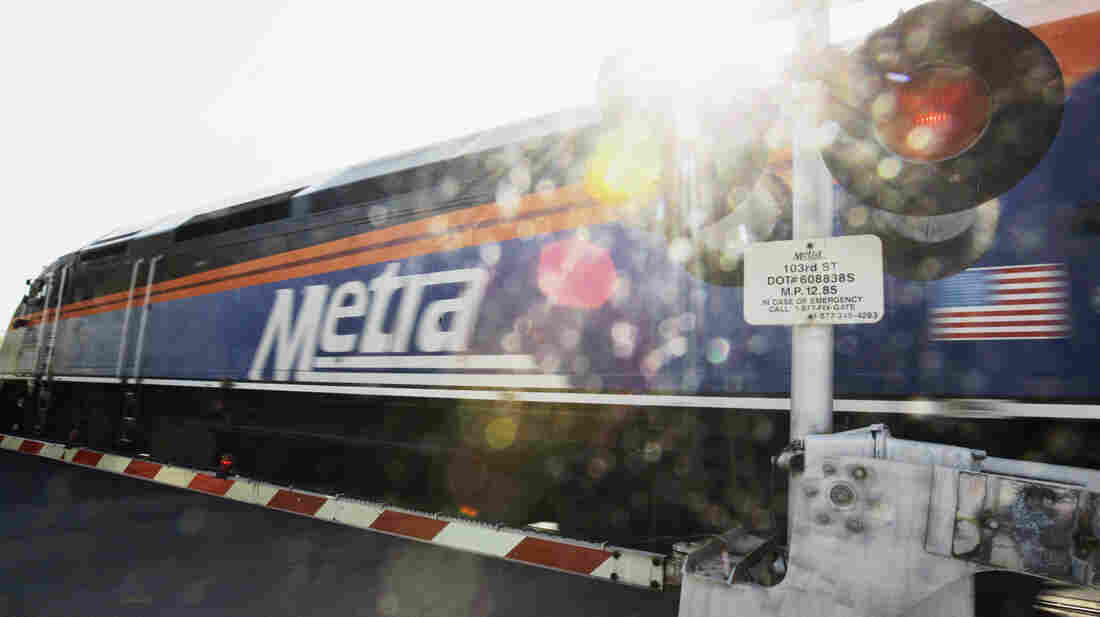 On a typical weekday, riders make a total of about 300,000 trips on the Chicago Metra commuter line. M. Spencer Green/AP hide caption

During the morning rush at Chicago's Union Station, commuter trains pull in, the doors open and a crush of people, newspapers and coffee cups in hand, pour off like a flood.

Financial analyst Nader Kouklan says he makes the trip from the suburbs to Chicago's downtown every day.

"It's easier and just a faster way to get to work, rather than having to deal with the traffic of the morning commute," Kouklan says.

"I take it because I don't want to pay $16 to park every day," Romano explains.

Metra spokesman Michael Gillis says on a typical workday, the rides people take on Metra total about 300,000. The total for last year was 82 million trips, a 1 percent increase in ridership over 2012.

"Employment had a lot to do with it — just the gradual gains in employment in the region," Gillis says. "Downtown occupancy ticked up a little bit, so that helps."

"That was probably one of the busiest days in Metra history," Gillis says.

"That's huge," Melaniphy says. "This is the highest ridership number we've had in public transportation in 57 years."

Nationally, bus ridership was flat in 2013, due in part to horrible winter weather. However, ridership numbers for subways, elevated trains, street cars and trolleys were up.

Utah has been on a public transit building boom, Barron says. A new commuter line runs between Salt Lake City and Provo. Three light rail lines run through and around Salt Lake City.

"Our airport line's been particularly popular, especially with skiers and visitors, because now people can get right off the plane, they can hop on the light rail train and they can be downtown in 15 minutes," Barron says.

"It's just really annoying, and you look over and see FrontRunner just racing down the tracks," Saddler says. "Like, I could be sitting in there right now, taking a nap or doing homework."

A previous Web version of this story incorrectly attributed the quote about UTA's airport line to Michael Melaniphy. That comment came from UTA spokesman Remi Barron.