Accessibility links
First Listen: Inventions, 'Inventions' Explosions in the Sky's Mark Smith and Eluvium's Patrick Cooper combine their atmospheric sounds — one stormy and majestic, the other plaintive and evocative. 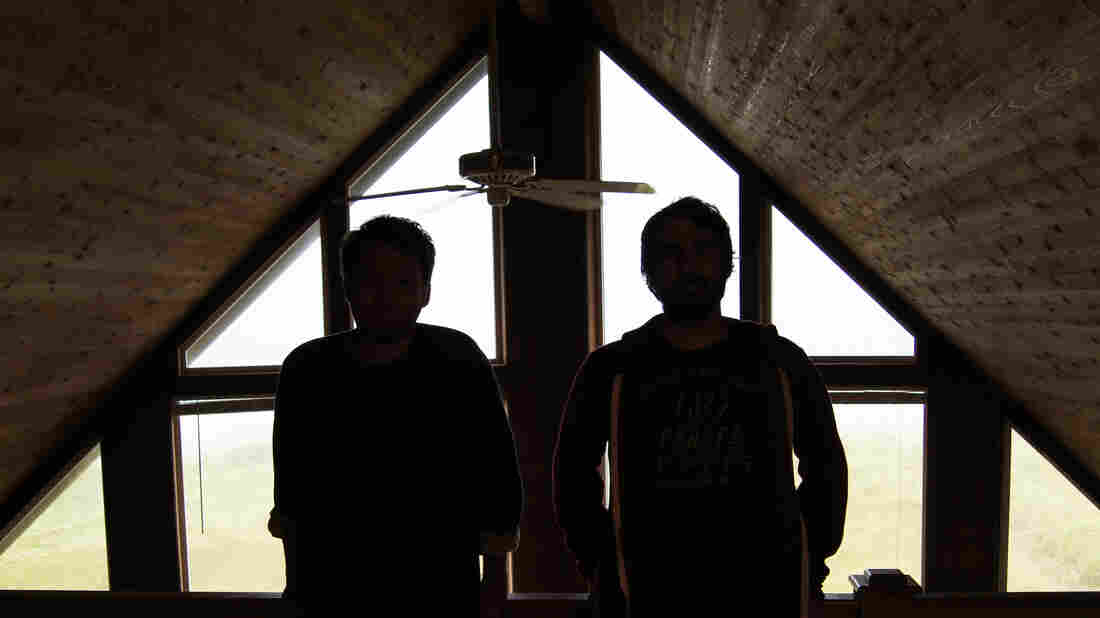 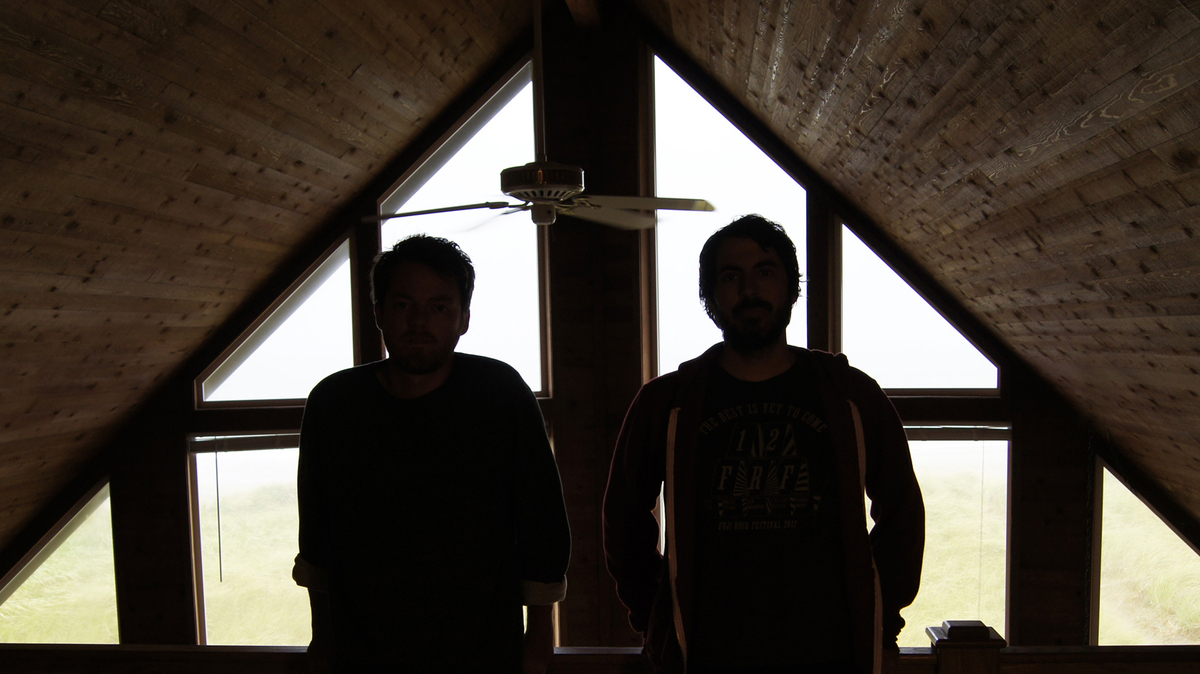 The majestic instrumental rock band Explosions in the Sky broke into the mainstream thanks to its contributions to the soundtrack for Friday Night Lights — both the film and the TV series of the same name. With three-quarters of the band originally from Midland, Texas, Explosions in the Sky possesses an ideal toolkit to capture the sounds of football, the roaring wind of the plains and the quiet hope and despair of small-town life in the Texas Panhandle.

In more than a decade of albums and touring, Explosions guitarist Mark Smith had never stepped outside of his band, but on one tour he found a kindred spirit in opening act and labelmate Eluvium. The ambient project of Matthew Cooper, Eluvium explores sound realms not dissimilar to those of Explosions in the Sky. Both make music that acts like a force of nature: If Explosions favors the roar of sudden thunderstorms, Eluvium traffics in the plaintive rhythms of a gentle afternoon rain.

So it makes sense that Cooper and Smith would finally combine their talents as Inventions. On their first album together, the two don't reinvent their respective sounds — both of which can be musically abstract yet emotionally evocative — so much as find new ways to refine them. "Echo Tropism" suggests the slow-moving grandeur and volume swells of Smith's band, but with subtle throbs inherent to Eluvium's work. In "Flood Poems," Smith's guitar gleams like stars in the West Texas night, distant yet luminous, while Cooper adds what might be fragments of choirs and bowed cello around those spare notes.

Slowly and deliberately, the album gathers velocity, exploding by the time it reaches the buzzing, dynamic "Sun Locations/Sun Coda," in which distant voices thunder like war chants as drums roar to the fore. Where the duo excels is in mixing the ambient with the anthemic. Cooper gets chiming tones and distant voices from his software, sounding like something from Aphex Twin's Selected Ambient Works, Volume II, while Smith makes the sounds grow more dense, adding in tympani rolls, glowering guitar feedback and sustained piano chords. Or is that the other way around? So sympathetic is the wordless dialogue between Cooper and Smith that it's hard to tell where one ends and the other begins.