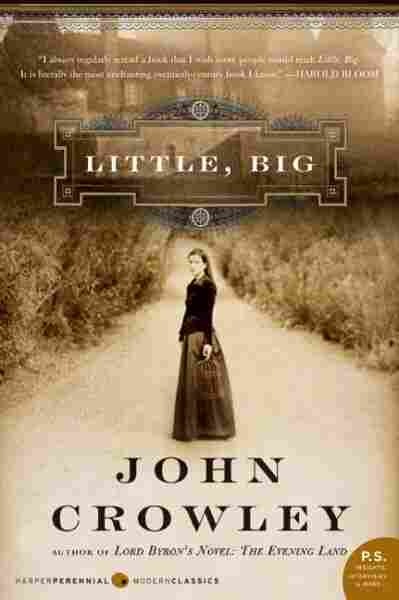 John Crowley's Little, Big, an extraordinary, sweeping and strange novel, can perhaps be best described through the metaphor of its central setting: Edgewood, the house in which many generations (and permutations) of the Drinkwater family live. Edgewood is designed by the patriarch, a renowned architect, to be many houses within a single structure. It unfolds, as the viewer circles around it, to reveal many different facades — Victorian, modern, gothic — like a complex piece of origami.

Similarly, Little, Big feels like many books, and even many literary traditions within a vast, intricately organized novel. It's a multi-generational epic and a work of magical realism, in the vein of Gabriel Garcia Marquez's One Hundred Years of Solitude (another favorite of mine). It also has elements of fable, fantasy and fairy tale — in the latter case, quite literally. And to read it is to experience a kind of delightful unfolding, as new vistas, patterns, styles and connections continually emerge, and the story departs in wonderfully unanticipated directions.

My copy was a birthday present. It arrived in the mail from my friend Natasha, accompanied by a lone post-it note (she's not big on cards): This, she wrote, is the best contemporary work of magical realism I know. I think you'll love it. I often read on a Kindle when I travel, but I'm grateful that she sent a hard copy. Over the course of three months, as I moved through the book — incredibly, painstakingly slowly, eager for it to go on and on — I marked up the pages with an intricate spider web of notes, underlines and exclamation points. Some passages are underlined almost in their entirety: 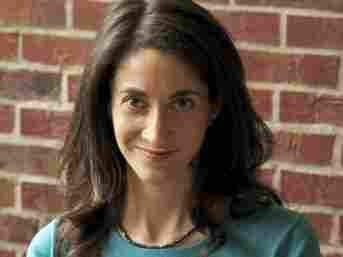 Lauren Oliver is the author of the young adult novels Before I Fall, Delirium, Pandemonium and Requiem. Mike Holliday/Courtesy of HarperCollins hide caption

While the moon smoothly shifted the shadows from one side of Edgewood to the other, Daily Alice dreamed that she stood on a flower-starred field where on a hill there grew an oak tree and a thorn in deep embrace, their branches intertwined like fingers. Far down the hall, Sophie dreamed that there was a tiny door in her elbow, open a crack, through which the wind blew, blowing on her heart.

Halfway through Little, Big I found inspiration for my next novel, so some of the pages are now covered with musings about plot, character and structure for a novel only barely written. (If it turns out to be even one-tenth as good as Little, Big, I'll be very, very happy.)

People sometimes describe magical realism as "heightened" or "elevated" reality, but I think that's inaccurate, or at least inexact. To me, magical realism is beautiful in part because of its literalism: a broken heart might, in a book by Garcia Marquez, literally break. The chalky endless feeling of grief might be rendered by a character who begins actually consuming chalk and dirt. In Little, Big, Crowley muses over the intersection of childhood innocence, fantasy and faith, in part by describing the disappearance of actual fairies. He explores the nature of storytelling by examining his characters' relationship to the story, an ever-evolving narrative communicated to them by magical beings.

And in case you are so far unconvinced about the magic contained within this book: there's a Grandfather Trout who may or may not be the enchanted form of a former prince cursed by a sorceress to remain underwater. Enough said.

Little, Big is that very rare book that manages to be both immensely imaginative and completely sincere. Despite the sprawling nature of its storyline and themes, it feels surprisingly intimate. It's about what we believe and what we think we believe; how we love, how we fail ourselves and how we are redeemed.

Reading Crowley reminds me why I like reading in the first place: the sense of falling out of yourself and into a whole new world, a twin sense of freedom and exploration and also safety and containment. And to an imaginative girl who grew up in a strange old house surrounded by a large overgrown garden, where I honed the ability to detect fairies' faces in clusters of leaves and stay motionless until I could hear the shush-shush of hidden feet, the Drinkwaters' story, delightfully strange as it is, feels almost personal.

Read an excerpt of Little, Big