Accessibility links
Some Common Misconceptions About Paying For College When calculating cost, the sticker price is key, right? And aren't federal and private loans pretty much the same? Review some common mistakes people make in assessing the price of college. 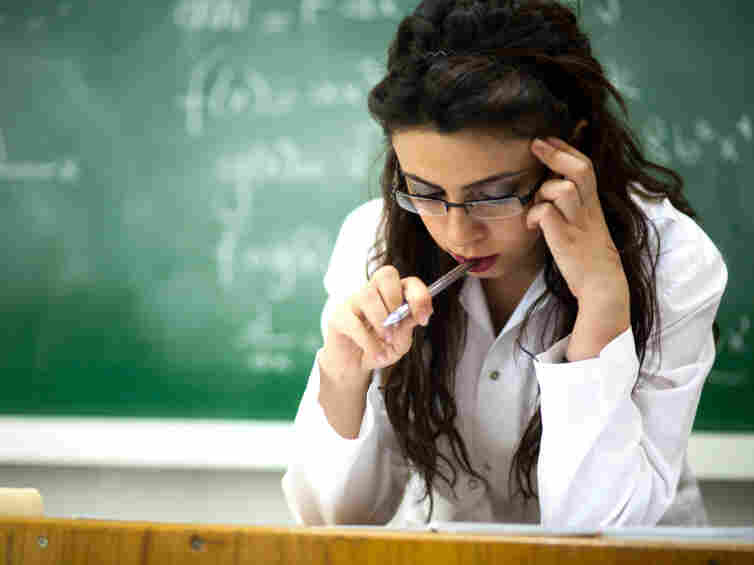 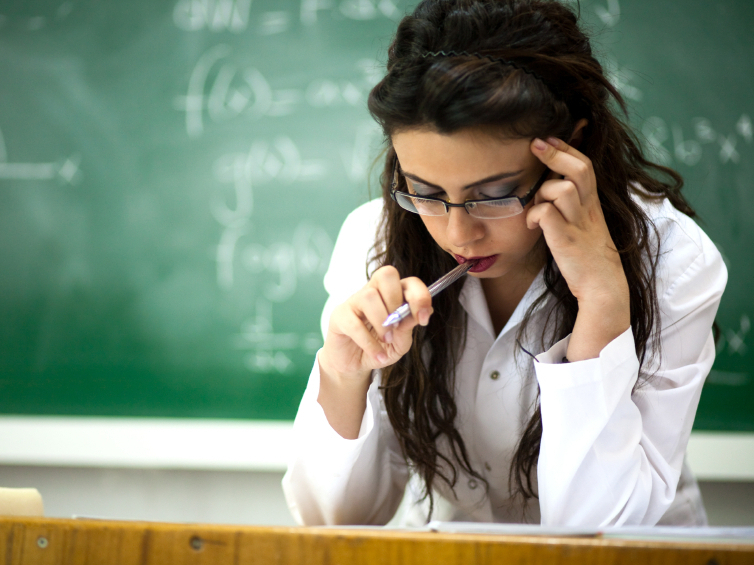 In reporting on students navigating the maze of college costs and financial aid, I kept running into misconceptions about paying for a degree. Here are some of the most common ones:

Low-income students get most of their college financial aid needs met and rich kids don't have to worry, so it's mainly the middle class that gets squeezed.

It's a common misperception and "it's simply not true," says Lauren Asher, president of The Institute for College Access and Success, an independent, nonprofit research and advocacy group. Take Pell Grants, which go to low- and moderate-income families. A majority of Pell recipients are families with incomes under $50,000 a year. Those students "are much more likely to have loans and to owe more when they graduate from a four-year school than all other students," she says.

So student debt is a problem across a wide income spectrum, but "it is, in fact, a much bigger issue for lower income students," Asher says.

Sandy Baum, a senior fellow at the Urban Institute and a professor at George Washington University, adds "there certainly is too much institutional funding going to students who could afford to pay otherwise." But she notes that the federal government has dramatically stepped up the amount of help it gives to low- and moderate-income students via Pell Grants and other programs. Pell expenditures increased by more than 90 percent between 2008-09 and 2010-11, and the average grant rose significantly as well, according to research by The Future of Children, a joint project of the Woodrow Wilson School of Public and International Affairs at Princeton University and the Brookings Institution.

But the problem is, tuition has continued to rise. Three-quarters of American undergrads have some amount of "unmet financial need" they have to cover with loans, a job while enrolled in school, or both, according to data from the U.S. Department of Education and The Institute for College Access and Success. After taking into account federal loans and work-study programs, 86 percent of Pell recipients had nearly $9,000 in "unmet need" on average per year.

The sticker price is more important than the real price.

Most everyone involved in the college cost race says it's crucial that families look carefully beyond the published "sticker price" of tuition and fees to look at the net price of a four-year education. Those costs often include housing, food, transportation, books, supplies, medical coverage and any discretionary money. Colleges are now required to have net price calculators on their websites.

But it's just an estimate, and determining the real net price can still be a big challenge, Baum says. "There's lots of financial aid to help students cover that published price," she says, but it doesn't take into account costly additional expenses. On average, Baum notes, low-income students at public two- and four-year colleges get enough grant aid to cover their tuition and fees. But they often struggle with living expenses and other nontuition costs. "They still have to live, and they have trouble coming up with that money," Baum says.

Student loans are pretty much all the same, whether federally backed or from a private lender.

Federal loans come with a series of flexible repayment options including income-based repayment and some offer forgiveness on any remaining debt after 20 years if you've kept up with your payments. The interest rates are lower. And federal loans also come with built-in consumer protections — such as safeguards if a school defrauds you or abruptly shuts its doors. Private student loans, on the other hand, "are a very risky way to pay for college," warns Asher. "You are at the mercy of the lender if you hit a rough patch. Some have variable interest rates like those exploding mortgages we heard about during the last financial downturn."

The college debt crisis shows America is facing a higher-education bubble similar to the housing bubble that brought about the Great Recession.

Well ... as the teens say, it's complicated. Yes, the debt burden is bad and troubling for the future of higher ed. The total volume of combined federal and private student loan debt has topped $1 trillion. But researchers at The Future of Children point out that this needs to be viewed in the context of an expanding higher-ed population. In fact, they point out, average per-student debt at graduation "has been virtually flat over the past decade." They also note that "between 2000 and 2009, the share of graduates with loans has remained stable at 65 percent, and the average cumulative debt among borrowers has held steady" at about $25,000. Almost one-third of students, they point out, "borrow nothing at all."