Accessibility links
Showing Signs Of Age, Capitol Dome Gets A Face-Lift The best-known symbol of the nation's capital is literally cracking up: The cast-iron dome crowning the U.S. Capitol has more than 1,300 cracks below its layers of lead paint.

When you think of Washington, D.C., what's the first image to pop up?

For many, it's likely the U.S. Capitol — or more specifically, the iconic white dome that crowns the Capitol.

"It is one of the most, if not the most, recognizable symbols across the globe," said Architect of the Capitol Stephen Ayers, whole job entails maintaining the Capitol dome.

As could be said of the Congress that meets below it, the century-and-a-half old dome has seen better days. It is literally cracking up — and Ayers is leading a project to restore it.

From a distance, the dome looks like a gleaming extension of the marble edifice from which it rises. But that's an illusion. It is in fact nearly 9 million pounds of cast iron slathered with at least 10 coats of lead-based paint.

The dome is the masterpiece of Thomas Walter — the architect in charge of widening the Capitol during the 1850s. The original did have a smaller dome. But according to Ayers, Walter thought the expanded building should be topped by something more grand.

"He designed this new dome and hung this drawing in his office, and members of Congress would come by and see it and were immediately enamored with it," Ayers said.

Without so much as holding a hearing on it, Congress approved $100,000 to top the Capitol with Walter's cast iron crown — though it ended up costing 10 times that much. In photos from Abraham Lincoln's first inauguration, the half-built dome looms in the background. Within a month, the nation plunged into the Civil War. But Ayers says work on the dome continued.

"President Lincoln picked up on that fact and made a great analogy, that if this construction of this great dome is going to continue, so will our union," he said.

The dome was finished by Lincoln's second inauguration. The following month, the war ended and Lincoln was assassinated. His body lay in state below the new dome in the Capitol rotunda. A century later, near the end of the Eisenhower administration, the rusting iron orb got a major face-lift. But Ayers says it has deteriorated a lot since then. 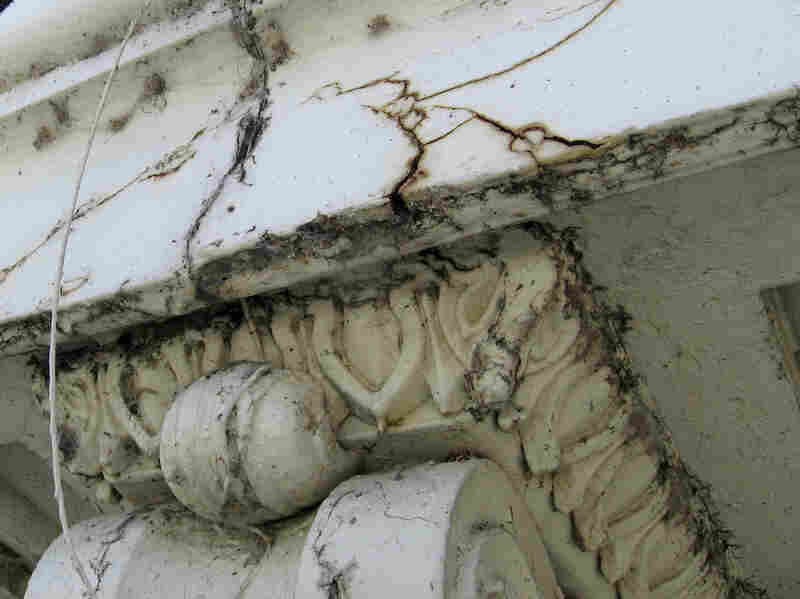 Damage caused by age and weather is visible on the Capitol dome. Reuters/Landov hide caption 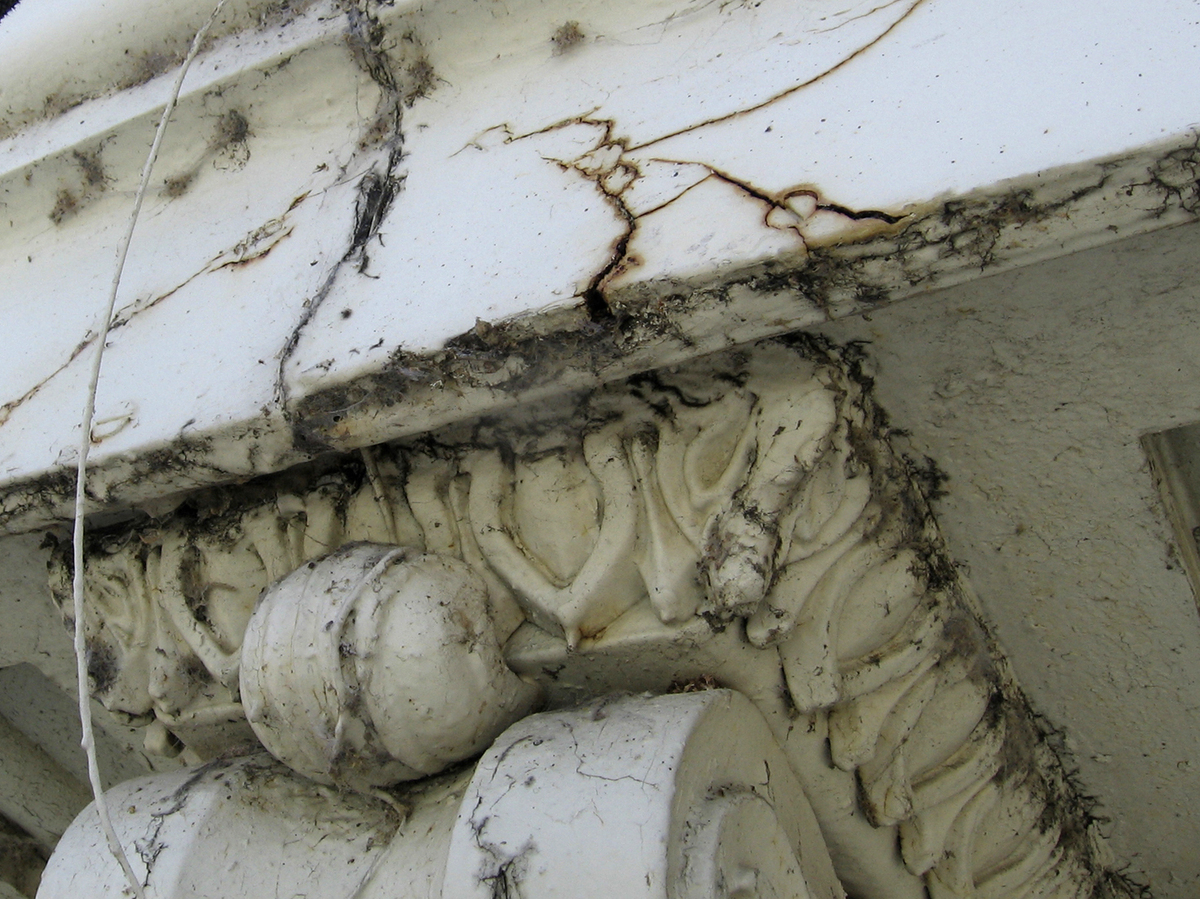 Damage caused by age and weather is visible on the Capitol dome.

Late last year, some of the journalists who work below the dome got the rare opportunity to climb to the top of the nearly 300-foot-tall structure. It was a chance to see firsthand the toll the elements had taken on it.

Leading the way was Kevin Hildebrand, the restoration's head architect. We climbed a staircase that winds between an inner dome, which caps the rotunda, and the dome's exterior shell, perched on 36 enormous trusses. Hildebrand pointed to layered cast-iron plates that form the outer shell.

"A lot of the damage that we're addressing [is in] the shelves, and those are exposed to wide temperature swings, a lot of expansion, and when the rust develops between the plates, it binds the plates from moving, and that creates enormous pressures within the ironwork, which relieves itself by cracking," Hildebrand said.

We ascended through multiple levels of the dome to its cupola. When we got there, Hildebrand lifted a heavy hatch that opened to the dome's exterior.

"Be very mindful that the iron is very hard, and the last thing you want to do is to hit your head on this sharp edge, so please be very careful and duck as you go through the doorway," Hildebrand warned.

Outside, a narrow walkway surrounds the base of the dome's uppermost fixture — a 20-foot-tall female bronze known as the Statue of Freedom. The vista below of the nation's capital was spectacular. Hildebrand pointed out a big crack that's also in plain view.

"As rust has developed and this railing has been pushed up by the pressure of the rust, the top plate has cracked, and that's relieving the stress that's in the ironwork. But what it also does is compromise the structural integrity of that particular piece," he said.

This spring, contractors will encase the dome with scaffolding and begin the restoration, working mostly at night and on weekends. They will remove the lead paint, seal the cracks, replace broken windows, and coat everything with polymer and urethane-based paint. The project's price tag is close to $60 million. Hildebrand says the money came through thanks to the budget deal Congress approved late last year.

"To me, it's symbolic of the joining of both parties in Congress to come together to fund an effort that's incredibly important to our country. Preserving the Capitol dome is not a question for discussion. It's something that has to happen," he said.

On that, the lawmakers who meet down below completely agree.

"We want to make sure the integrity of the dome is maintained," said Maryland Democratic Sen. Ben Cardin. As a former House member, he's served under the dome on both sides of the Capitol.

"I would hope that perhaps repairing the dome will also help us repair what's happening under the dome, maybe we can get together and do the people's business and resolve issues that have been long-standing. So maybe the cooperation we've seen in fixing the visible symbol of Congress will also help in regards of the product of Congress," Cardin said.

"We're pretty confident that we can get it done in two years, and certainly done before the next presidential inauguration," he said.

Congress very likely won't have mended its own deep fissures by then, but it will have a dome above it that Ayers says should hold up well for at least another half-century.