We had so much fun taping cellist Yo-Yo Ma and the Silk Road Ensemble's Field Recording, we couldn't stop at just one selection, so we recorded the group's four talented percussionists in a deep groove.

They're playing a piece written by Shane Shanahan called Saidi Swing. While it's inspired by a traditional rhythm from Upper Egypt called saidi (which goes "dum tek dum dum tek" in its simplest incarnation, for those of you who want to find its seeds sprinkled through this piece), Shanahan uses that pattern just as a launching point. And with such fantastic collaborators — from left to right, Sandeep Das playing the Indian tabla, Shanahan playing the riq, or tambourine, Mark Suter on daff frame drum and Joseph Gramley playing the goblet-shaped dumbek — Shanahan can really let his imagination take flight. 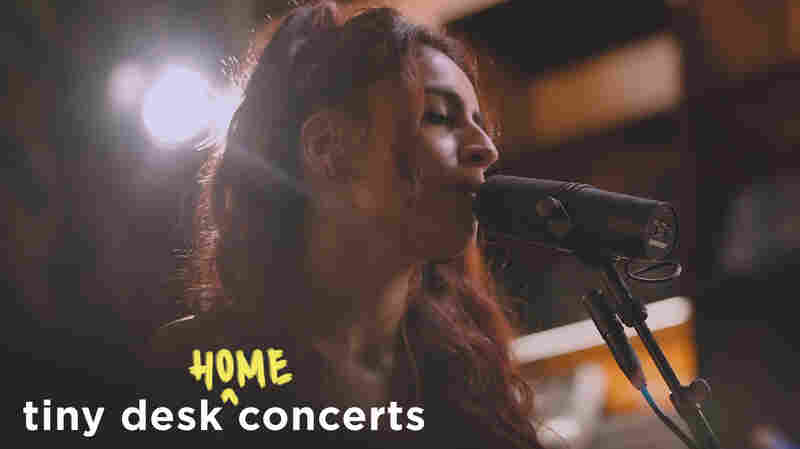