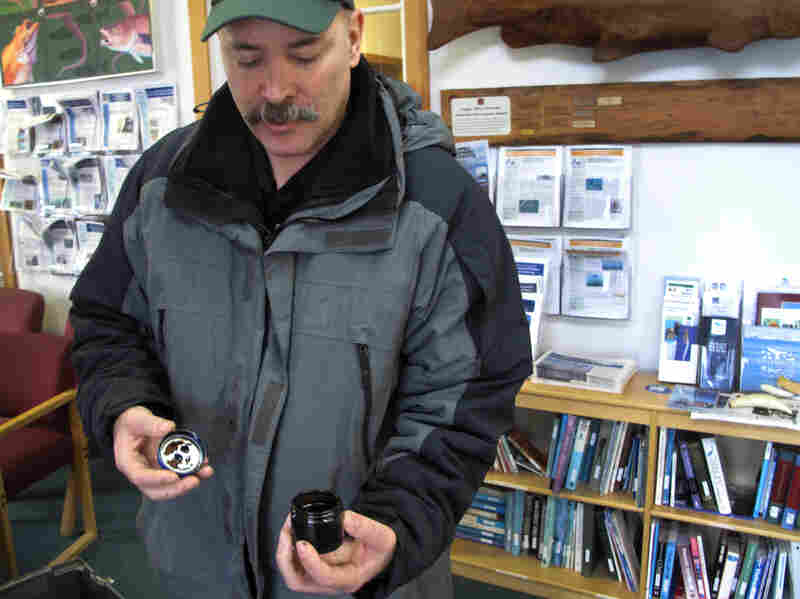 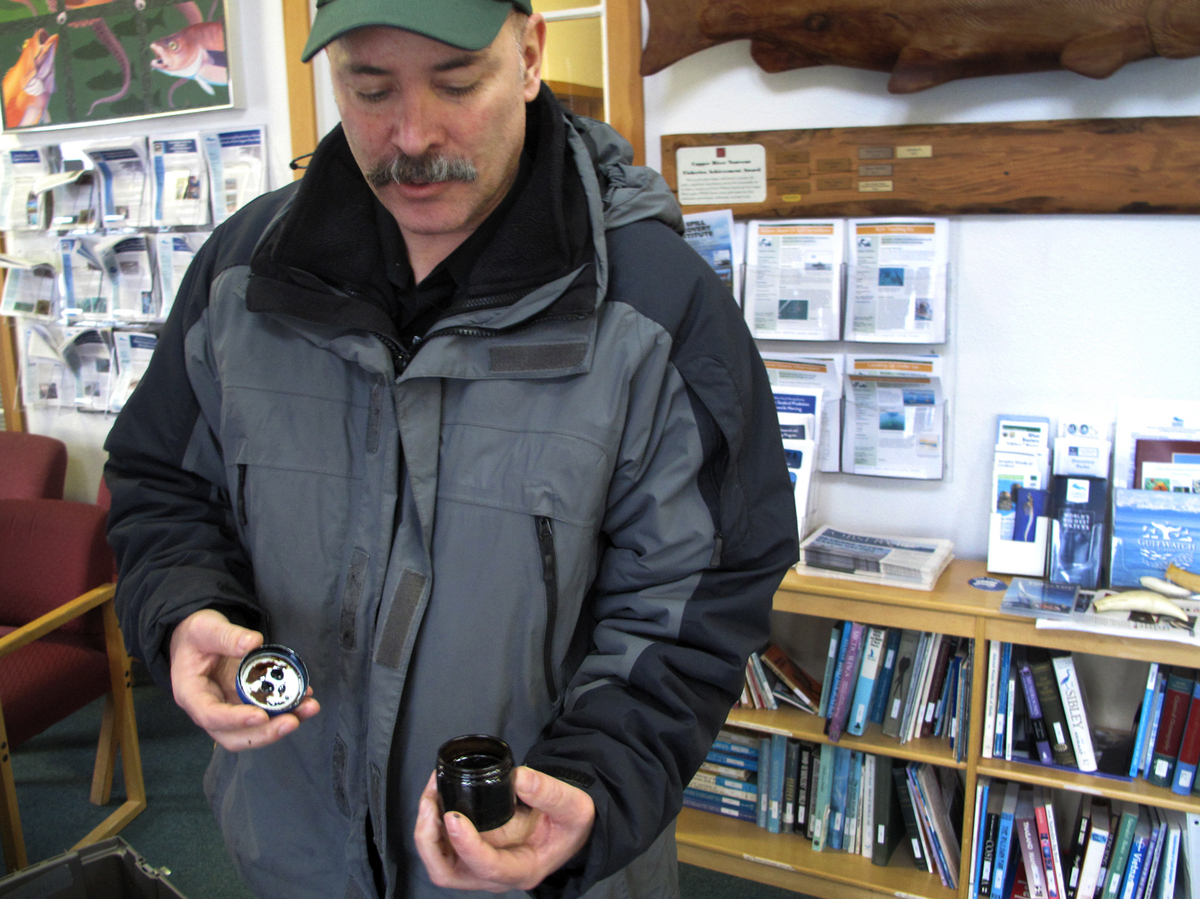 Scott Pegau, a scientist at the Prince William Sound Science Center, studies the effects of spilled oil on the environment in Cordova, Alaska.

At Ross Mullins' home in Cordova, Alaska, you have to slam the front door extra hard to make it close. The former commercial fisherman lives in a small wood-frame house that's in need of repair. Some of the windows are cracked and he leaves the water faucets dripping to protect uninsulated pipes from the harsh Alaskan winter.

When the Exxon Valdez oil tanker ran aground and started leaking oil 25 years ago, the disaster drastically changed the fishing industry in Prince William Sound, Alaska. Mullins has never recovered from that blow.

He was in his mid-50s, prime earning years, when the spill wiped out herring and other fisheries.

His story begins 18 years before the Exxon Valdez oil spill, when he and other Cordova fishermen were fighting the proposed trans-Alaska pipeline that would bring oil tankers to their fishing waters.

The View From Alaska

He has an old clip from the CBS Evening News that shows a young Mullins standing on a pier, warning of economic collapse should there be an oil spill in Prince William Sound.

"This town would no longer continue to exist in my mind," he said in the video.

The words seem prophetic today. This fishing town of 2,200 endured decades of financial hardship in the aftermath of the Exxon Valdez disaster. Mullins, now 78 years old, sits at his cramped kitchen table, empty gin bottles rattling around on the floor, and describes a downward spiral in the years following the spill: first bankruptcy, then divorce. This is a story repeated by other families around Cordova.

"I'm just kind of waiting for the end, you know?" Mullins says.

Like a lot of local fishermen, Mullins was banking on a class-action lawsuit to make him whole. In 1994, an Alaska jury awarded $5 billion in punitive damages for Exxon's negligence. But the litigation dragged on for nearly two decades before the U.S. Supreme Court reduced the award to $500 million, plus interest.

When the payout finally came, Mullins says it was pennies on the dollar of what he'd lost. Fishermen here slowly, painfully lost control of their destiny, he says.

"For the majority of the fishermen in Prince William Sound, the legacy of the Exxon Valdez is bitterness, loss of faith in the federal justice system," Mullins says. "That's what most fisherman wanted, was justice."

Today, with the litigation over, the biggest mystery that remains is what happened to Prince William Sound's herring fishery. Other fish — salmon, cod and halibut — have rebounded. Scientists are still trying to figure out why herring are not back to fishable levels now 25 years after the spill. 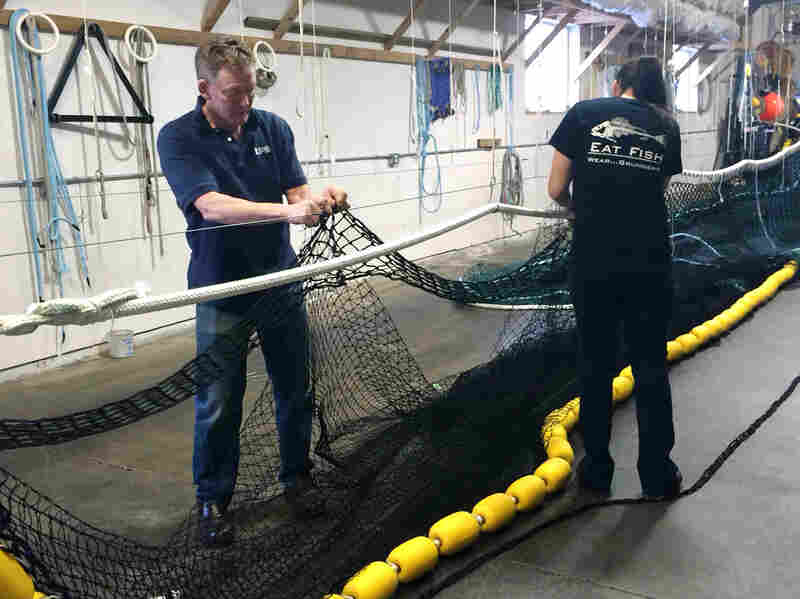 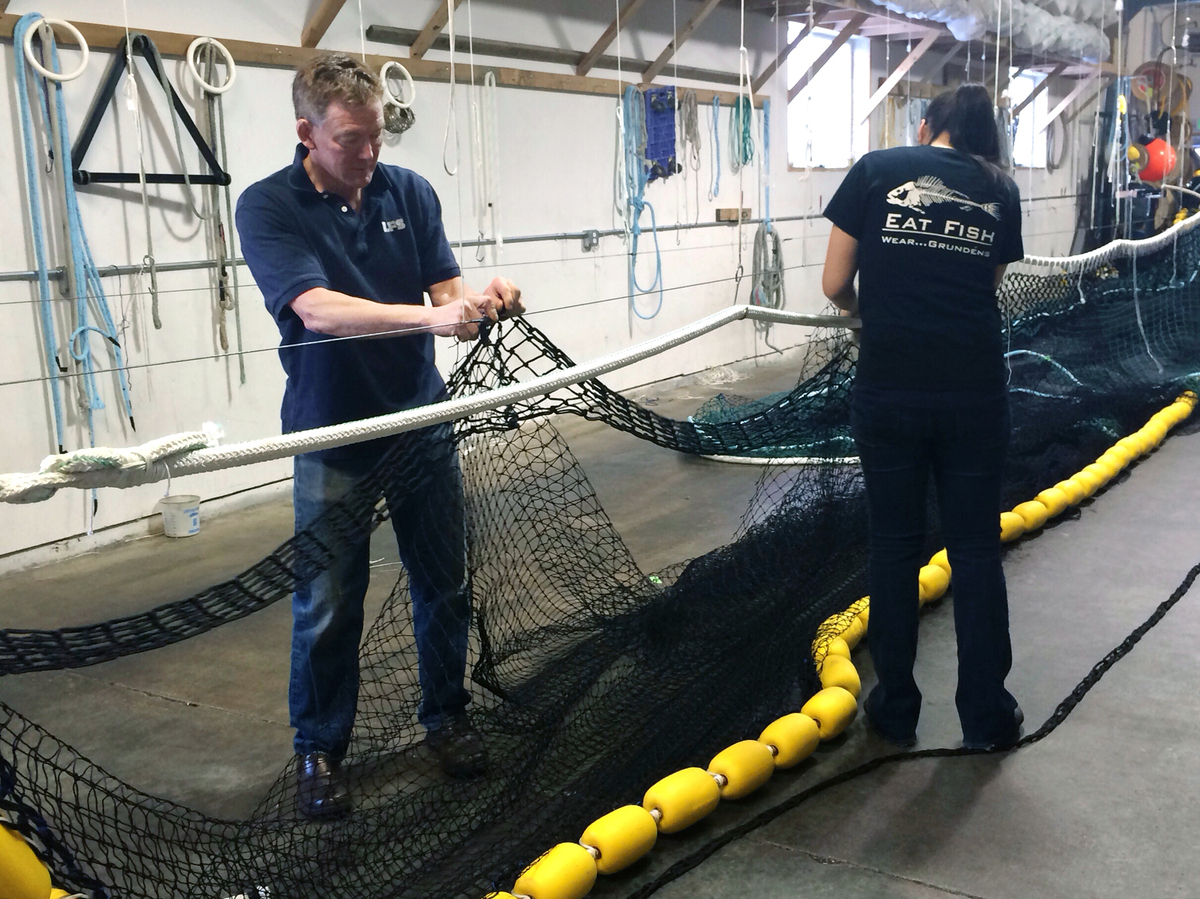 Scott Pegau coordinates a herring monitoring program at the Prince William Sound Science Center. Walking along the Cordova fishing harbor, he points out baby herring swimming beneath a pier.

"Look, you see over in the corner?" Pegau says. "These are fish that are about four inches long that we're trying to find."

Pegau says herring are important because they're a food source for just about every other species on Prince William Sound: the whales, sea otters, seals, bald eagles and other birds. Twenty-five years ago herring also represented about half of the fishing economy in Cordova, the first fish to arrive each spring.

The problem now is that there are not enough young herring to replenish the adult stock, Pegau says. The answers as to why remain elusive.

"It may be one of those things where, when the ecosystem came back it just came back in a different mode," Pegau says.

That has forced fishermen here to find new ways to survive. Rob Maxwell is busy in the back room at LFS Marine and Outdoor in Cordova stitching a cork line to the webbing of a massive 900-foot commercial fishing net, a custom seine that purses up like a drawstring to catch salmon.

"A lot of people just want it to go away," Maxwell says. "It just brings bad juju up."

Maxwell is a third-generation herring fisherman. He spends his winters building nets and now fishes for salmon. He was 25 years old when the spill happened in 1989.

His wife started a cleaning business. He spent more time building nets. It was touch and go for years, he says, when he "seriously stressed out" about whether they could make it. Like many other fishermen at the time, Maxwell says he encouraged his kids to go to college and find a less vulnerable career, which left a generation gap. The industry is just now starting to attract young anglers again.

Maxwell points to a young couple helping him build the seine net, Sabin and Casey Landaluce. They build other people's nets in the winter and fish together come spring.

Landaluce has little memory of the spill. He says his generation is now embracing the fishing business.

"It's a good thing because in 10 to 15 years a lot of guys will be retiring," Landaluce says. "So we'll be the future of the fishery."

The future in Cordova has been forever changed by an ecological disaster 25 years ago.