Accessibility links
Before You Bake Brooklyn's Legendary Cake, Heed A Warning When a recipe for Ebinger's Blackout Cake surfaced long after the bakery's demise, Katie Workman knew it was just the thing to make her grandfather. Little did she know the trial that was yet to come. 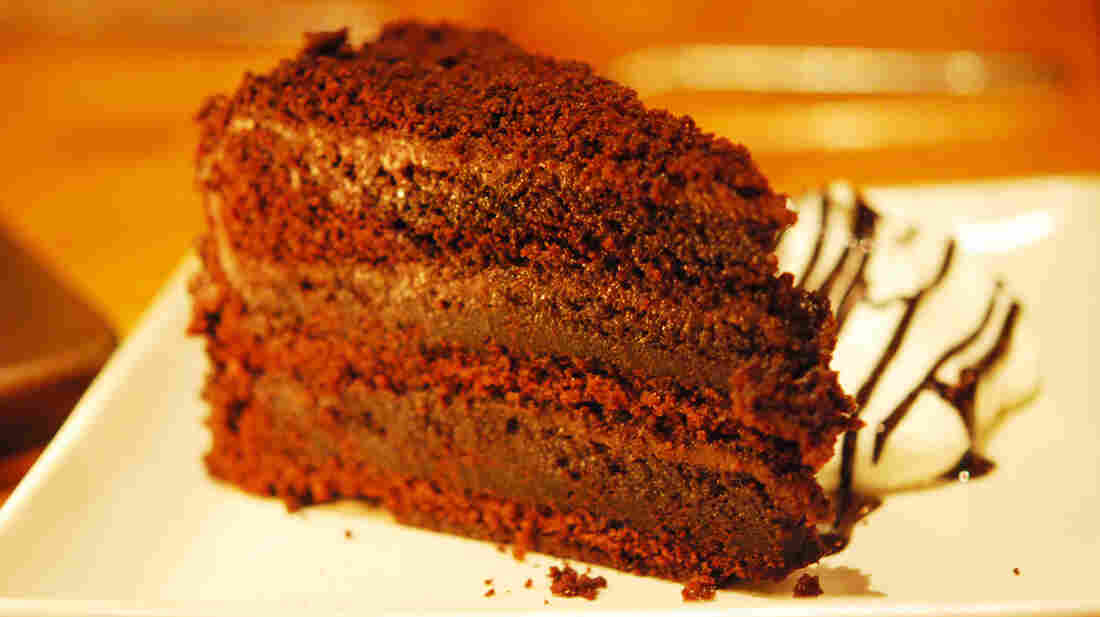 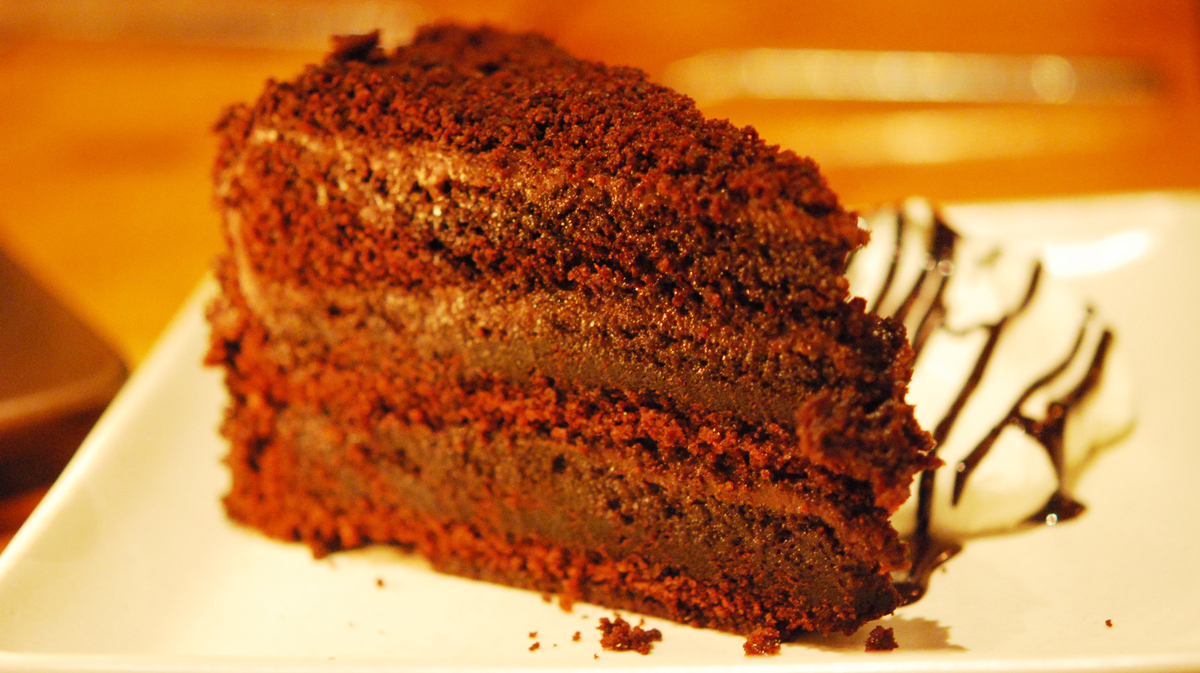 Beware the siren's call of this chocolate delight: Ebinger's Blackout Cake is as arduous to make as it is delicious to taste.

For Brooklyn, Ebinger's Blackout Cake was a decades-long institution. Ebinger's Bakery opened in 1898, quickly flourishing with dozens of locations throughout the borough. There was a time when, if you lived in Brooklyn, you lived near an Ebinger's — and you knew its famous blackout cake. The signature chocolate dessert had a rabid following among Brooklynites, until the bakery went bankrupt in 1972.

For Katie Workman, though, the cake is something else entirely: "Oh my God, it's a big, fat pain in the butt." Workman, the creator of The Mom 100 cookbook and blog, says that making the cake is so difficult, she still suffers what she calls PTCS: "post-traumatic cake syndrome."

Workman's travail began with the best of intentions, when she saw a recipe for the coveted chocolate cake in Molly O'Neill's New York Cookbook. "I thought: I have to make this for my grandfather's birthday. He was in his 80s, he had grown up in Brooklyn and I knew that he would remember this cake." 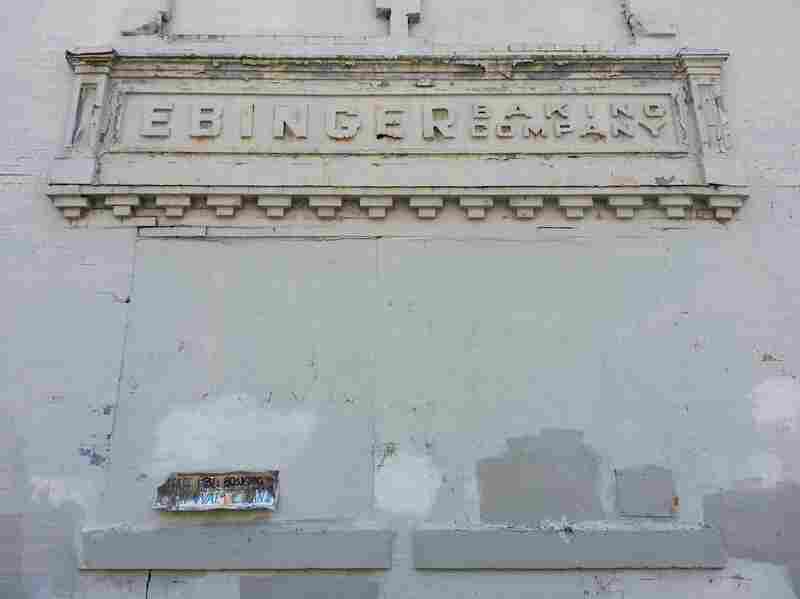 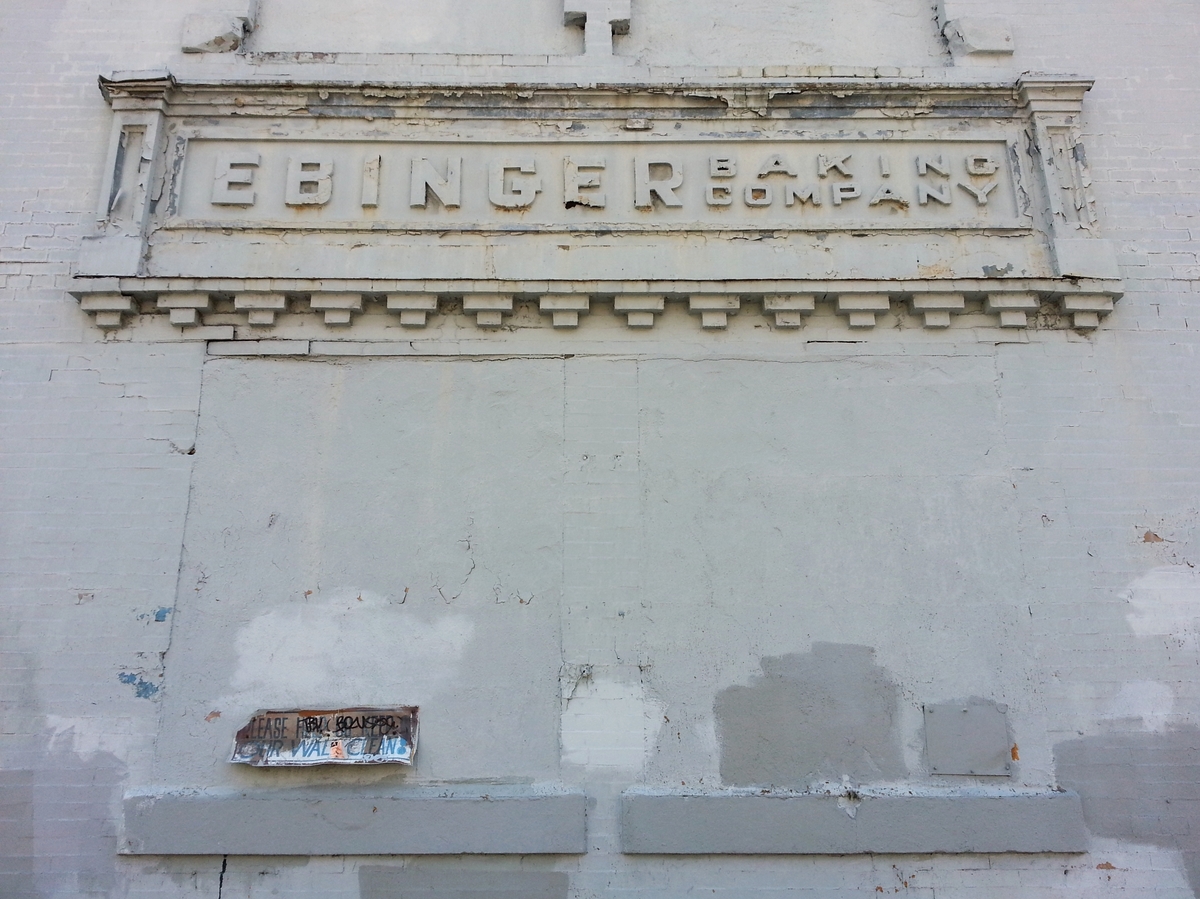 Bankrupt and abandoned, the remaining locations of the Ebinger Baking Co. stand as monuments to chocolate long gone.

So, Workman got started on the three components of the dessert: the cake, the filling and the frosting. Each component had a separate recipe requiring multiple steps, over two dozen ingredients and lots of spoons, spatulas, bowls and pans. What's more, the cake must be consumed within 24 hours, lending an air of urgency to her drive to bring it to her grandfather.

But it would all be worth it for her grandfather's reaction — or so she thought. She explains how she felt at the time: "I'm so excited, I'm explaining this is the Ebinger's Blackout Cake of his youth. This is the cake, this is the recipe!"

As she waited for him to respond, she wondered what he would call his favorite part of the cake: "Would he single out the flavor, the texture, the delicate layering of the different components?"

She couldn't believe it. "Really? You like lemon, old man? I'll give you a lemon!"

Years after she made the chocolate cake for her lemon-loving grandfather, Workman made it again to see if it was as arduous as she remembered. It was. She says it's like having a second child: "It doesn't hurt any less, but you know what you're getting yourself into."

In spite of it all, though, she says it's well worth it. Ebinger's Blackout Cake is so rich, and such a rich part of local lore for New Yorkers of a certain age, that it's perfect for anyone with a taste for chocolate — and just a little bit of a sadistic streak. 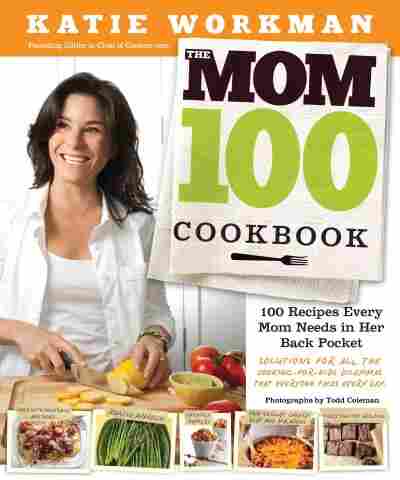 100 Recipes Every Mom Needs in Her Back Pocket

by Katie Workman and Todd Coleman

2. Make the cake: Place the cocoa in a small bowl and whisk in the boiling water to form a paste.

3. Combine the chopped chocolate and milk in a saucepan over medium heat. Stir frequently until the chocolate melts — about 3 minutes. Remove from the heat. Whisk a small amount of the hot chocolate milk into the cocoa paste to warm it. Whisk the cocoa mixture into the milk mixture. Return the pan to medium heat and stir for 1 minute. Remove and set aside to cool until tepid.

6. Divide the batter between the prepared pans. Bake until a toothpick inserted in the center comes out clean, 35 to 45 minutes. Cool the cakes in the pans on racks for 15 minutes. Gently remove the cakes from the pans and continue to cool.

7. While the cake is baking, make the filling: Combine the cocoa and boiling water in a small saucepan over low heat. Stir in the sugar and chocolate. Add the dissolved cornstarch paste and salt to the pan and bring to a boil, stirring constantly. Boil for 1 minute. Remove from heat and whisk in vanilla and butter. Transfer the mixture to a bowl, cover and refrigerate until cool.

8. Make the frosting: Melt the chocolate in a double boiler over hot, not simmering, water, stirring until smooth. Remove the top of the double boiler from the heat and whisk in the butter, one tablespoon at a time. Return the top to the heat, if necessary, to melt the butter.

9. Whisk in the hot water all at once and whisk until smooth. Whisk in the corn syrup and vanilla. Cover and refrigerate for up to 15 minutes before using.

10. Assemble the cake: Use a sharp serrated knife to slice each cake layer horizontally in half to form four layers. Set one layer aside. Place one layer on a cake round or plate. Generously swath the layer with one-half of the filling. Add the second layer and repeat. Set the third layer on top. Quickly apply a layer of frosting to the top and sides of the cake. Refrigerate for 10 minutes.

11. Meanwhile, crumble the remaining cake layer. Apply the remaining frosting to the cake. Sprinkle it liberally with the cake crumbs. Refrigerate for at least one hour before serving.

A previous version of this recipe recommended, in the 10th step, to divide the filling into thirds. The filling should instead be divided into two portions.