Accessibility links
From Walter White To LBJ, Bryan Cranston Is A Master Of Transformation While Breaking Bad fans were watching him portray Walt in the series' final episodes, Cranston was already reinventing himself — playing Lyndon B. Johnson in the play All the Way. 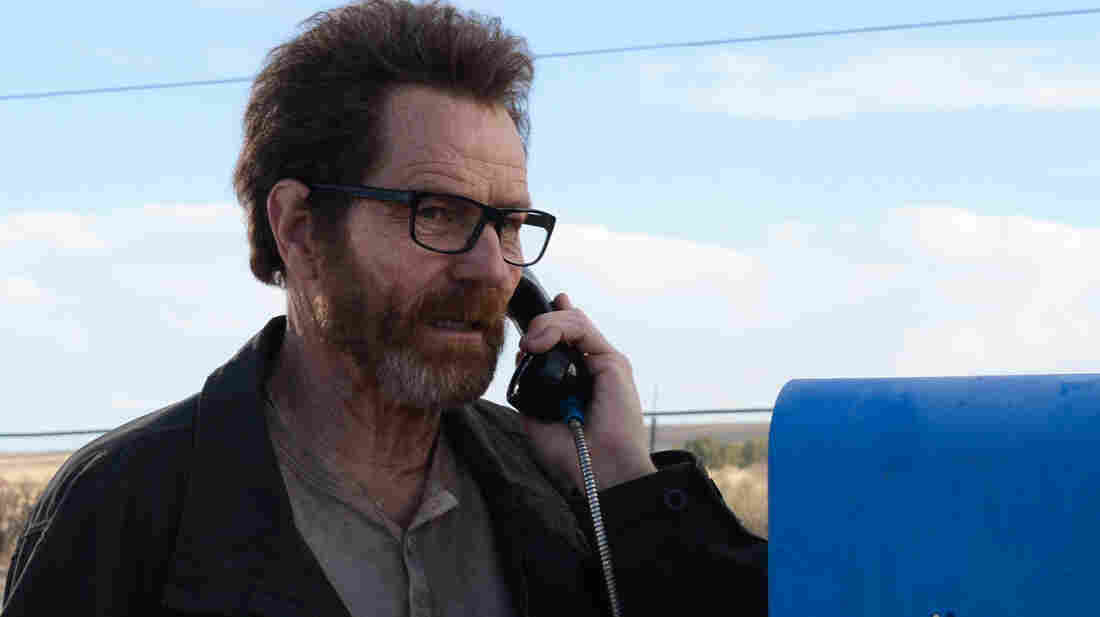 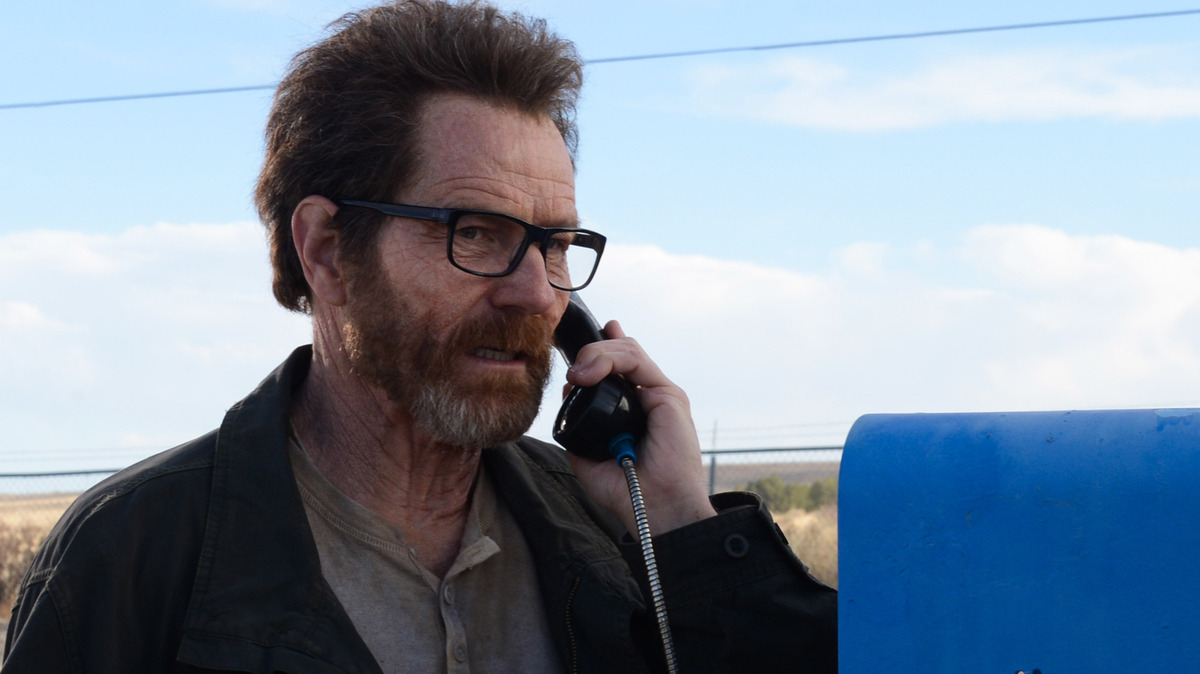 Over the course of Breaking Bad, Walter White (Bryan Cranston) metamorphosed from a high school chemistry teacher to a notorious outlaw.

In the 2008 pilot of AMC's Breaking Bad, high school teacher Walter White fails to interest his chemistry students in the study of change. But over the course of the series, Walt himself came to exemplify radical change, using his knowledge of chemistry to become a master meth cook, and transforming himself into a notorious outlaw who was willing to kill, when necessary, to keep his operation running. 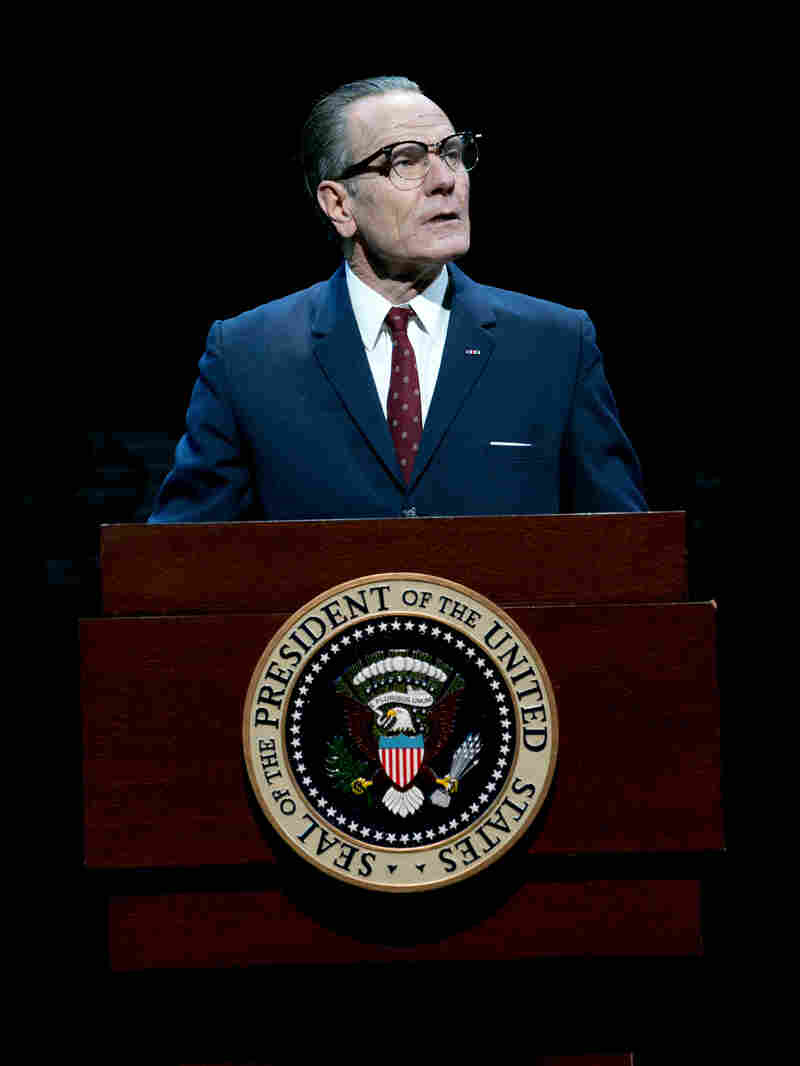 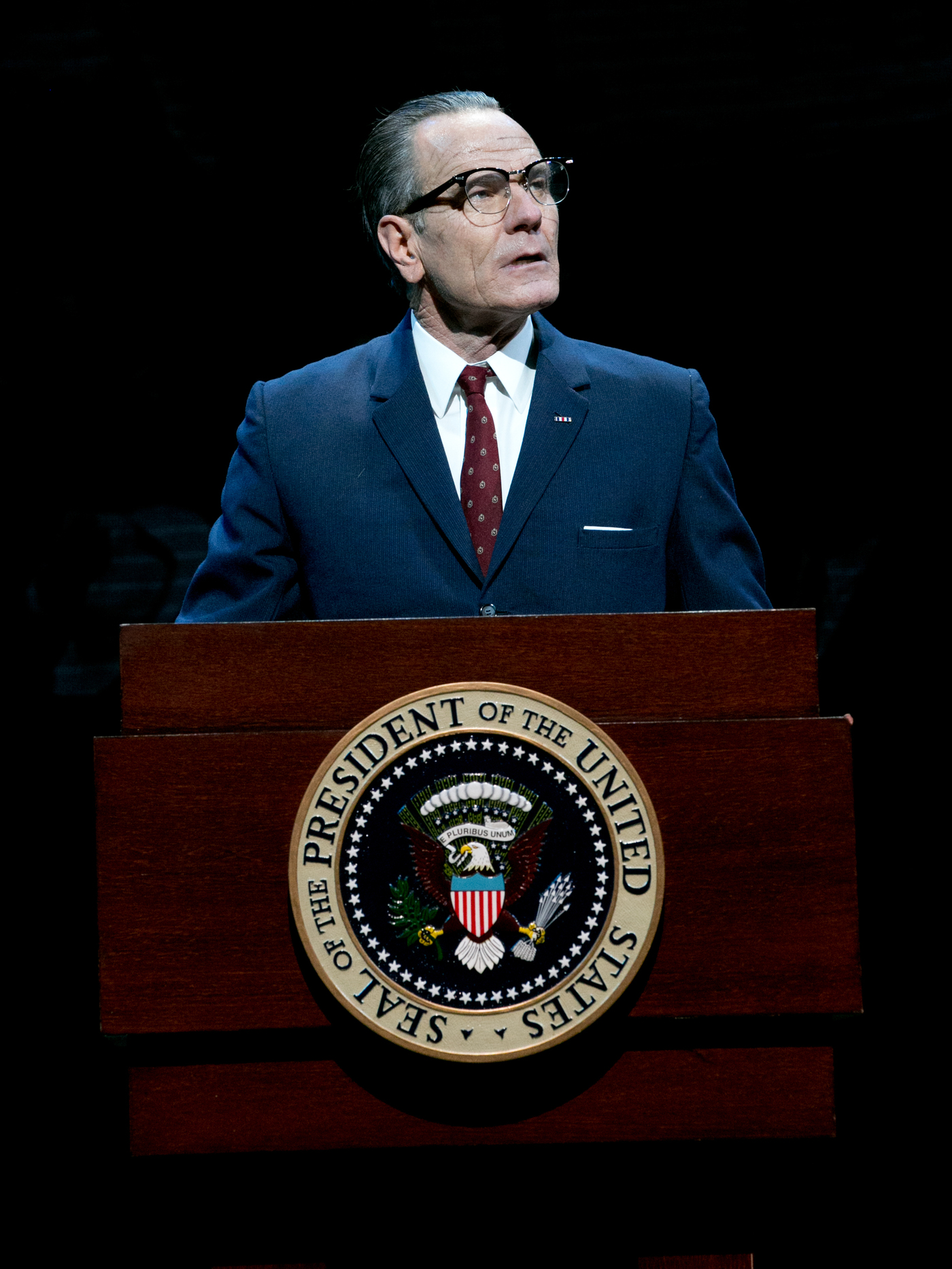 Cranston's current theater project, All the Way, follows Lyndon B. Johnson through 1964, a pivotal year in American history.

Acting is also about change and transformation, and Bryan Cranston is a master. While Breaking Bad fans were watching him portray Walter White in the final episodes of the series, Cranston was already undergoing another transformation — playing President Lyndon B. Johnson in the play All the Way, which opened in Boston last fall and on Broadway earlier this month.

Cranston tells Fresh Air's Terry Gross about the end of Breaking Bad and why his appearance is an acting asset.

It's bittersweet because it was an extraordinary time in my life. It changed my life, and I'll forever be grateful for that. I'm also happy that it ended when it did because the effect that that had was so wonderful that everybody comes up to me and says, "I wish there were more. I want more, I want more." And that's always a much better position to be in than having people say, "I want less, I want less of you! Is that show still on the air?"

On how his unremarkable appearance is an acting asset

I have a very fortunate look for an actor. You can't really categorize me. My looks aren't striking, so therefore I'm more capable of sliding into looking like other people, more chameleon-like, as opposed to, let's say, Jon Hamm, who is this handsome, striking, black-haired, chiseled-looking guy. That's great for Jon, and he's a friend and I love him, but I don't know that you would buy him as Walter White. He would have to fight against his looks in order to do that. So there's a larger range of roles that are available to me than are available to Jon Hamm, simply because of physicality. And I love that.

On adopting silent Mondays while performing in All the Way

I thought my biggest challenge was going to [be to] keep my vocal strength. I talked with a beautiful, talented artist named Audra McDonald, and she was doing Porgy and Bess and was starting to feel the strain on her vocal cords. And her ear, nose and throat doctor said: I recommend strongly ... you to shut down on your one day off; don't talk at all. And so she incorporated Mondays as her silent day. And I thought, as a pre-emptive strike, I'm going to do the same. So I don't talk on Mondays. I have little notepads and a whiteboard that I write notes on, and I write it out and say, "What is the soup?" you know, and things like that. ... I have one little notepad that I have that at the top of it, it says, "Doctor's orders vocal rest no talking," and I show it to people, and immediately they start whispering back to me, which is very interesting.

On his early stand-up comedy career

I did it for about nine months in 1981, I believe it was. I did it solely for the purpose of overcoming fear, because I looked at that and I said to myself, "Oh, my God, that's got to be the scariest thing to do." There's a microphone and a light on you, and that's it. It's all you, and so I wanted to do that. I got into the idea of going from club to club. I was never paid for it, nor should I have been, because I never rose above the level of mediocrity. But it was a great, great experience, very humbling. My respect and admiration for those who do it for a living, like Jerry [Seinfeld], was just enormous.