Accessibility links
IMF's Lagarde: Women In Workforce Key To Healthy Economies Christine Lagarde says giving women access to the job market isn't just about equal opportunity — it makes economic sense. In an interview, she also reflects on being the only woman in the room. 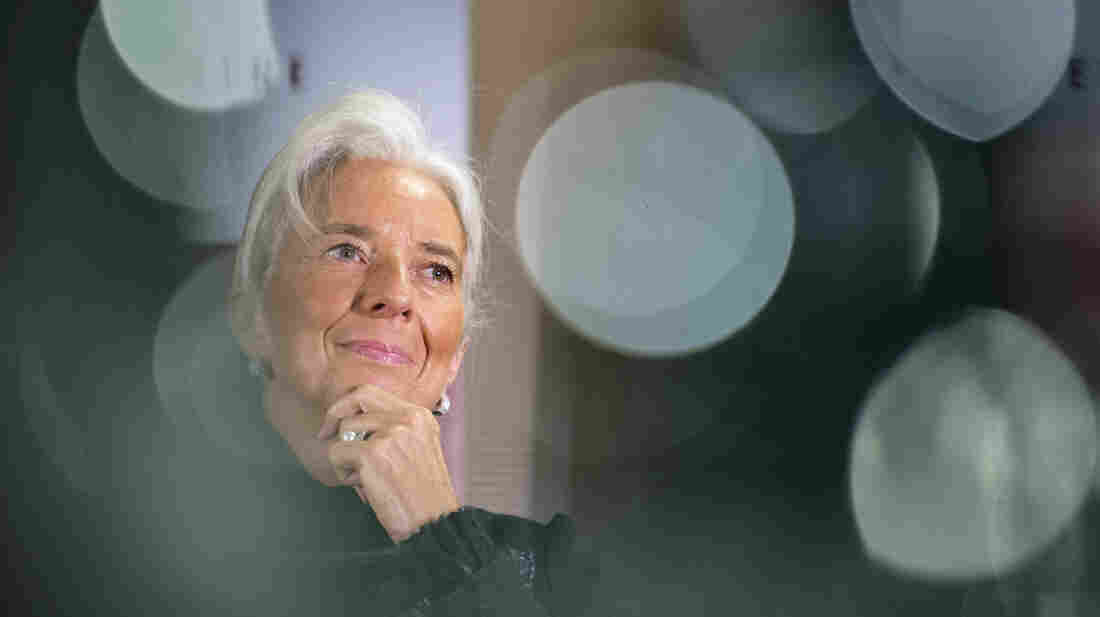 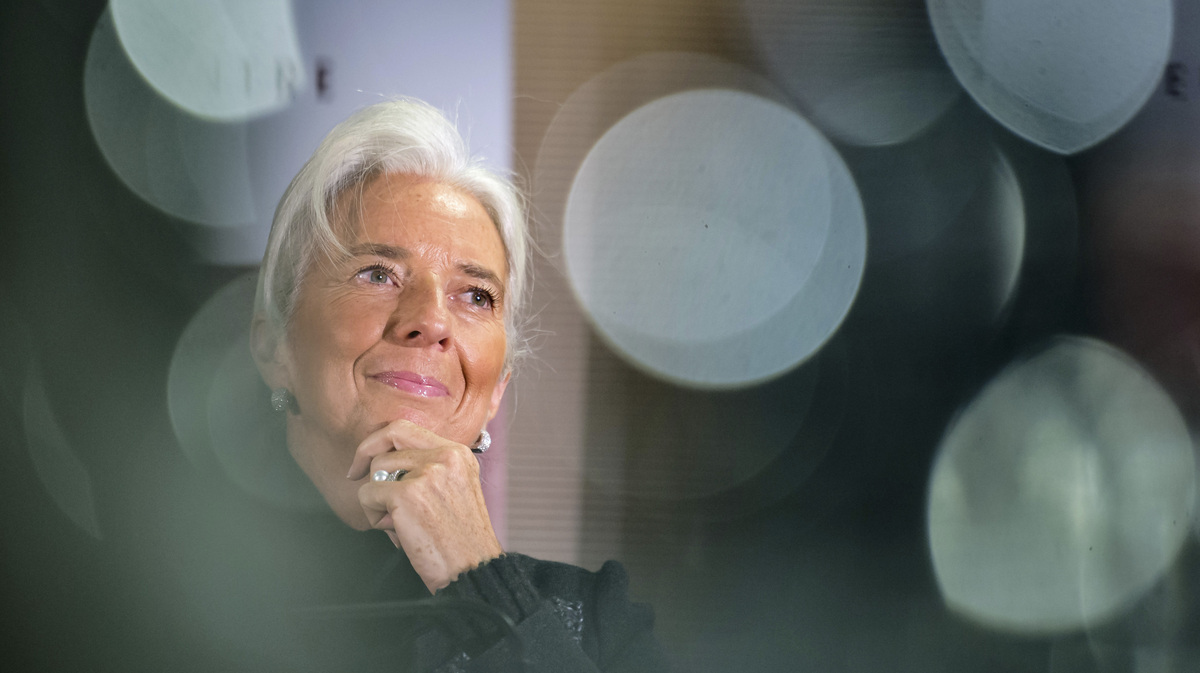 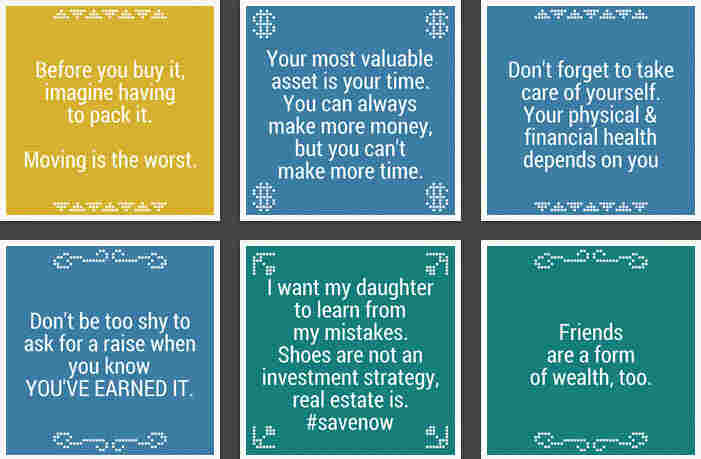 Our Women and Wealth series will involve you, too. We're asking women to share their best lessons about earning, saving, investing or using money. Add your 2 cents at our Tumblr, She Works Her Money. NPR hide caption 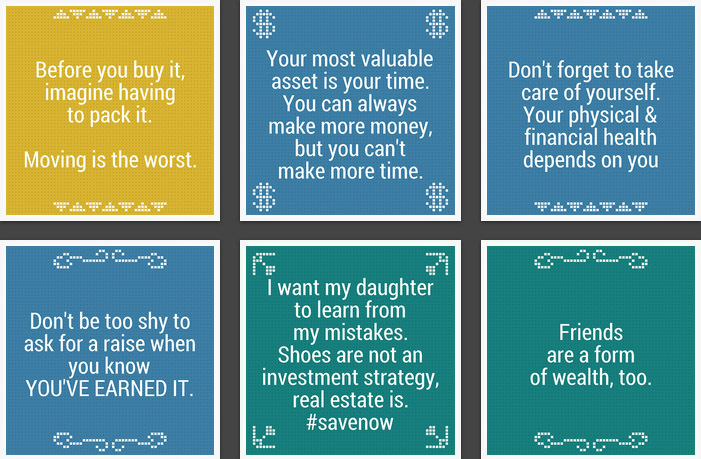 Our Women and Wealth series will involve you, too. We're asking women to share their best lessons about earning, saving, investing or using money. Add your 2 cents at our Tumblr, She Works Her Money.

As the first woman to lead the International Monetary Fund, Christine Lagarde is among an elite group of people determining how money is saved, spent and invested worldwide.

It's not the first time she's been a "first." Lagarde was France's first female finance minister, and before that, the first woman to chair the global law firm Baker & McKenzie.

As part of NPR's look at the Changing Lives of Women, Morning Edition's Renee Montagne spoke with Lagarde about her career and what the IMF is doing to encourage economic growth by promoting women in the workforce.

We found out that half the women in the world are not working [in the paid labor force] either because they don't want to, or, much more often, because they simply can't work. So, women are underutilized.

The second finding is that women are overexploited. That is, in those places where they work, they generally work in the informal sector. And those employees who either do not get paid, or get paid a lot less than they should be paid, are women.

We found that if females were working in the same proportion as men do, the level of [gross domestic product] in a country like Egypt would be up 34 percent, up 27 percent in a country like India but also up 9 percent in Japan and up 5 percent in the United States. All economies have savings and productivity gains if women have access to the job market. It's not just a moral, philosophical or equal-opportunity matter. It's also an economic cause. It just makes economic sense. It's a no-brainer.

I'll give you two examples which I found really striking: Japan and [South] Korea. In both those countries the policymakers have decided to put women at the center of their budget and policies going forward. Why is that? Well, first of all, they have aging populations and they need to respond to that problem — they need more people to come to the workforce. They have available talented, well-educated, very often hard-working female workers that they can tap.

[Japanese] Prime Minister Abe has made that one of two or three centerpieces of his policy going forward. He's identified a big budget item to build child care centers in Japan, which is obviously one of the ways to lower the burden on women and facilitate their access to the job market. And he's pretty serious about it, to the point that his finance minister, his governor of the central bank of Japan, are advocating women joining the workforce. Although, sometimes one would sort of intuitively think that it's countercultural. Not at all. It makes business and economic sense, and therefore they are endorsing those policies. The same is pretty much true for Korea.

On slowly getting more women into upper management at the IMF

Although [the proportion of women in IMF management] is much too low, it is double what it was 10 years ago. I think one of the reasons has to do with the population from which management are drawn at this institution. Most of them are economists by training and background. All of them in those positions are generally Ph.D.s. And when you look for the population of female Ph.D.s from which you can draw those management skills, there are not that many of them. So when you start with a relatively small pool, and then when you bring them into the organization, it's probably a little bit harder and it requires much more of an effort. But we do have targets. We do have commitments, and we try to deliver on those and we are certainly going to continue to be focused on those.

There are now more and more young, talented female economists. So if any head of department tells me I can't hire a woman because I can't find any talented women, I would say rubbish. You have to go and look for those talented, skilled female economists. And I have to say we are making progress on that front. In the 2013 Economists Program, we hired 51 percent women, 49 percent men. We've hired a good number of Chinese economists — very competent, highly qualified, all Ph.D.s from the best universities of the world. And guess what? They're all women.

Where I perceive my role as making a difference is when I can encourage other women. If I'm the single voice constantly in a room full of men, it's only going to carry the organization so far. Where I think it really makes a difference is when I can endorse the middle management, or upper-middle management and make them — generally in the minority — make them comfortable, confident, prepared to share their views, to compare their notes and to speak up when they feel like speaking up. That's where I can make a real difference being at the top of the organization.

On being the only woman in the room

I can't do anything about it except talk about it — and complain about it when I talk about it — because those people are actually appointed by the various countries around the world that comprise the membership of the IMF. And it's very unfortunate because, not that these men are incompetent — they're very competent — but diversity is a richness and we're not having the benefit of that.

On facing gender discrimination early in her career

When I started my life as a "baby lawyer," I was interviewing with all the best firms at the time, and one of them was probably the most reputable in France, and [the firm] told me, "We'll take you any time. You can join us tomorrow and be an associate, be given great tasks and great files and great clients to work on, but don't ever expect to make partnership." And I said, "Why would that be?" They said, "Because you're a woman." And I said, "Really? Well you won't have me as an associate." And I just left because I wasn't going to waste my time with those people. And I went to another firm which was great and which was based on respect and on equal opportunity for those who delivered.

I do believe women have different ways of taking risks, of addressing issues ... of ruminating a bit more before they jump to conclusions. And I think that as a result, particularly on the trading floor, in the financial markets in general, the approach would be different. I'm not suggesting that all key functions and roles should be held by women. But I think that there would have to be a much bigger diversity and a better sharing of those functions and roles. If you look at the studies ... it's apparently very clear now that those companies that have several female directors on their boards and females in their top management actually do better, are more profitable, and actually give a better return to their shareholders.