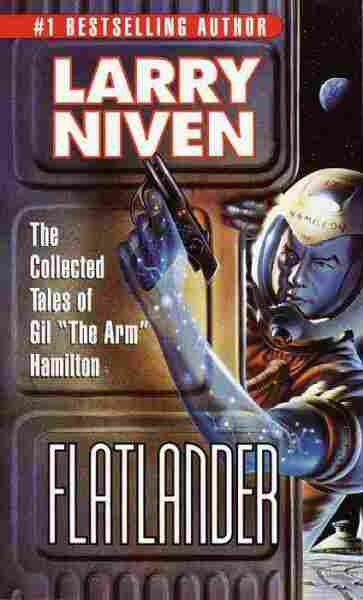 This week, astronomers discovered a new dwarf planet at the outer reaches of our solar system. It's a pink, icy ball that's beyond Pluto's orbit. Its official name is 2012 VP113, but scientists have given it the nickname "Biden."

For our series This Week's Must Read, author Jason Sheehan recommends a book about another team of space researchers, Richard Preston's First Light: The Search for the Edge of the Universe, and author Andy Weir revisits a science fiction favorite: Flatlander by Larry Niven.

Officially, that planet's called 2012 VP113. Unofficially, it's already been given the irresistible nickname "Biden."

The excitement that astronomy geeks like me are feeling right now reminds me of Larry Niven's brilliant 1967 short story "Flatlander." In the story, wealthy adventurers travel to a recently discovered planet. Once in orbit, they realize this is no ordinary world. It's just passing through our galaxy, not part of it. It's moving tremendously fast with respect to local stars, 80 percent the speed of light. The forward half of the planet is smooth and barren, while the trailing half has terrain and teems with life. The planet glows and emits radiation so powerful that the adventurers have limited time before their ship's protective field will be depleted.

That's what the adventurers know. But why is the planet like that? That's the mystery, and that's what enchants them.

The adventurers discuss landing on the world to get a better look. Some think it's too dangerous; others are eager to explore. As they're arguing, their ship's hull, made of an alien material thought to be indestructible, suddenly vanishes. They are left with only the internal structures of their ship and must think fast to survive.

I won't spoil the story by telling you if they make it out alive, nor the secrets behind the planet's bizarre features. Suffice it to say the ending is thrilling, and the mystery of the planet is incredibly cool.

Like the characters in that story, the simple fact that we know nothing about this world makes us want to know more. We're not just curious — we're exhilarated by what we might find. It's the mystery that drives us.

That thirst for knowledge is a core part of human nature, whether those humans be fictional space adventurers or real-world astronomers.

Andy Weir is the author of The Martian. 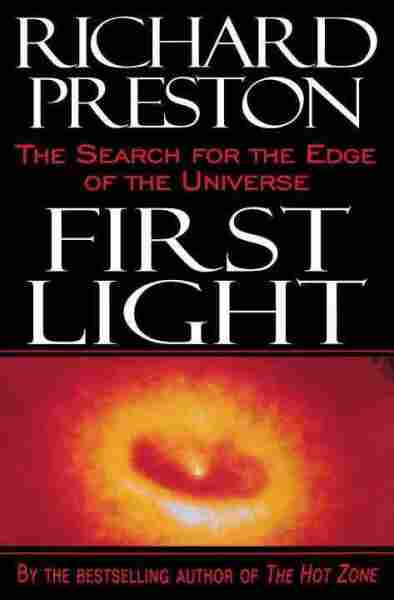 The Search for the Edge of the Universe

There is a moment near the beginning of Richard Preston's book, First Light, where Juan Carrasco sits in the control chair of the Big Eye — the Hale telescope at the Palomar Observatory in California — and begins flipping switches, turning things on and preparing the enormous piece of equipment for its night's work. Juan lights up screens. He checks the temperature of the mirror and, at a certain point, he "hit a switch and a set of Vickers pumps began to whine, driving Flying Horse telescope oil onto the Hale Telescope's horseshoe bearing."

Two things about that line, that throwaway bit of history, have stuck with me ever since I first read Preston's book. First, I've always been amazed that such a thing as Flying Horse telescope oil actually existed — a product made solely and specially for the lubrication of huge telescopes and nothing else.

And the second thing was Juan himself. See, Juan was not a scientist. He wasn't an astronomer or a degreed engineer with some esoteric training in the care and feeding of delicate (and ridiculously expensive) scientific equipment. No, Juan was just a barber from Texas with excellent fine motor skills, then employed as the senior night assistant at the Palomar observatory and, on most nights, the man in control of the largest and most powerful telescope on earth.

And the thing that always gets me when I read the opening pages of First Light is the sure knowledge that I could spend a thousand years as a science fiction writer, telling stories of scientists and spaceships, and never come up with a character like Juan.

First Light is possibly the greatest book ever written about scientists being scientists. It's a wholly truthful book — the story, first and foremost, of a telescope, and only secondarily of the men and women who worked with it — but it feels like great science fiction. It's full of geniuses and tinkerers and gadget-freaks, love and obsession, discovery and machinery and the stars. It's about one gigantic mirror, and the clever people who used it to look deeply into the big, dark night in hopes of catching the bright gleam of the boundaries of our universe.

And so when I hear news like the recent announcement of the discovery of the dwarf planet 2012 VP113 — this tiny, frozen, pinkish world spinning far beyond the orbit of Pluto, in the exurbs of our own dinky little solar system, found for the first time by other men and women, staring out into the darkness through other, newer, fancier telescopes — I think about Juan, the man who drove the Hale. The ex-barber who aimed and adjusted it and made it dance on its film of Flying Horse telescope oil. And for just a moment I am reminded that science — real science — will always be stranger, more beautiful and more human than any fiction could ever make it.

Jason Sheehan's most recent novel is Tales From the Radiation Age.