Accessibility links
Dark, Remarkable Poems Show 'How To Dance' Amid Economic Despair Nick Lantz's third collection, How to Dance as the Roof Caves In, could hardly be called cheerful. But his poems of divorce and recession are accessible and entertaining, even at their most grim.

Dark, Remarkable Poems Show 'How To Dance' Amid Economic Despair

Dark, Remarkable Poems Show 'How To Dance' Amid Economic Despair 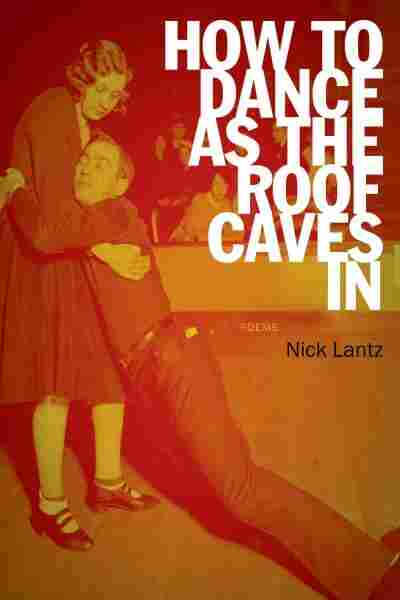 How to Dance As the Roof Caves In 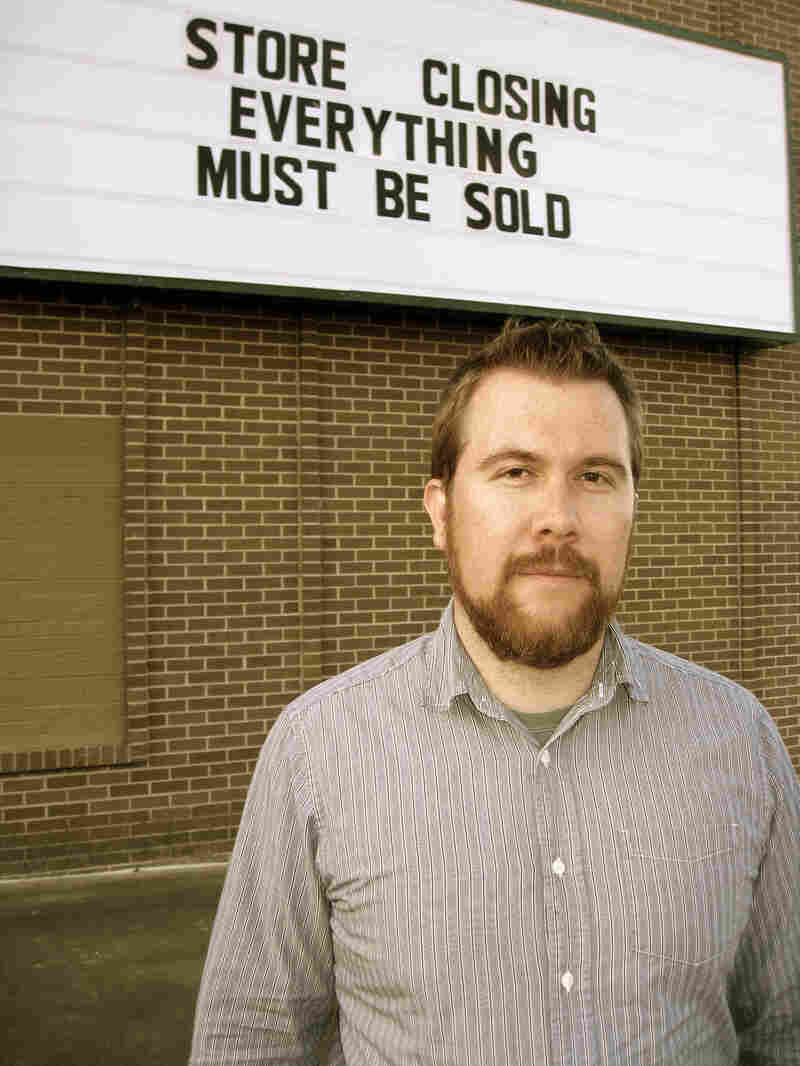 Nick Lantz speaks from the failed and fallen heart of middle-class Americans, the everyday folks whose lives and bank accounts were gutted when the housing bubble burst. What does that heartbreak look like? Deeper and uglier than plunging stock market charts and foreclosure signs, and more personal. Welcome to an America in which ambition is turned upside down, where someone is likely to say, when asked what he's doing for work these days, "you know those cracks people fall through?/ We're the crack regulators, we keep/ those cracks up to code."

The speakers of these poems offer little in the way of happiness, but more than their share of verbal invention. A person who doesn't fit in "was born a pushpin in a box / of paperclips." A man despondent after divorce is "as constant as the last soggy corn flake / at the bottom of a bowl of milk, / that piece that keeps giving // the spoon the slip." The "Burst Bubble Breakfast Special / at the local diner" features a "wet sneeze of eggs." Lantz specializes in this kind of grim magic of the everyday, the dark underbelly of fantasy.

When Lantz does leave the world of the quotidian for the wilds of the imagination, he brings a bit worldly weight along with him. A couple are paid (poorly) to pretend they live in an unsold house in an unsold housing development post-bubble: their job is to make the neighborhood look cool and inviting to "the buyers," who "never actually buy // anything." They think of themselves as living "in the seventh hell," where "there are creatures / like a verb turned inside out. If only we could / open these blinds and see a different street."

This is from the book's central sequence, "How to Stage A Community," a guided tour through this post-economic-apocalypse development and the lives of those who pretend it's a real place —including a man whose "job is to wash / his car all day, ten a.m. / to three p.m., seven days / a week," who says, "A car can only get so clean, / ... A man can only / get so broke." It's a grim allegory for one slice of American life.

Flanking this central sequence are two groups of poems spoken by a man whose marriage has just ended in divorce. Grief-stricken, regretful, scared and awash in self-doubt, he spins all manner of far-flung characterizations for his experience. "How to Forgive A Promise Breaker" is a particularly good example of divorce-as-poetic-muse:

That winter all our friends' marriages were cars
entombed by snow plows. Our families, their toes
in the Pacific, don't understand how something
can be buried, how you can do nothing but wait,

see what's left after the thaw. He moved out,
but she stayed until he stopped paying rent,
and then the sheriff knocking the way the police
knock—like a shovel banging the outside

Book Review: 'How To Dance As The Roof Caves In'

Book Review: 'How To Dance As The Roof Caves In'

This is a far cry from your average breakup poem. Grief and regret are projected onto the world, and then the world as seen through these grief-glasses is re-internalized. The result is remarkable. It hardly cheers me up, but I've never seen anything like it.

To be honest, this book, Lantz's third, can be a pretty depressing read. But it's also extremely accessible, written in ceaselessly entertaining, almost prose-like lines, and full of wisdom — though, unfortunately, not of the uplifting kind. It's a bit like what you'd get if Billy Collins took his job as a poet more seriously: light-hearted darkness, one of the true ways contemporary America sees itself.